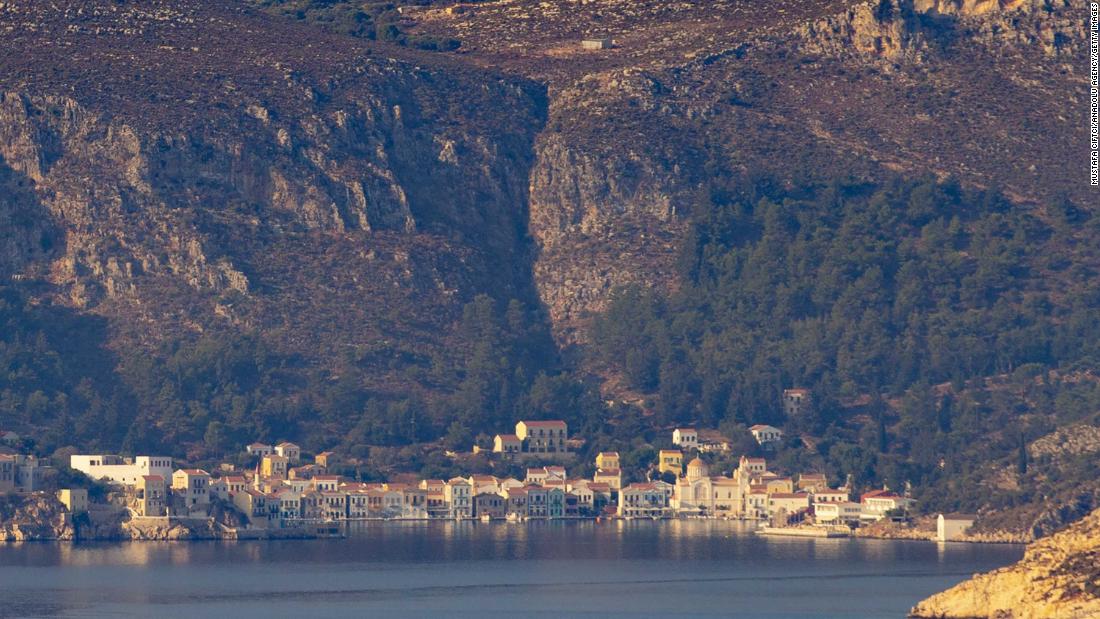 The deterioration in relations followed the departure last Monday of a Turkish ship, the Oruc Reis, to carry out work south of the Greek island of Kastellorizo, which is located near the southern coast of Turkey.

The Greek foreign ministry described the development as a “major escalation” and a “direct threat to peace in the region”.

Ankara had withdrawn the same ship from disputed waters in the eastern Mediterranean last month to “allow for diplomacy” ahead of an EU summit in which Cyprus pushed for sanctions against Turkey.

“Turkey has shown that it lacks credibility. Anyone who believed Turkey meant everything it said before the European summit on 1

“We will continue to explore, excavate and protect our rights,” he wrote.

Relations between Greece and Turkey are complicated by a series of disputes, from jurisdiction in the Mediterranean to the ethnic division of Cyprus.

The situation in Cyprus was ignited last week by the Turkish Cypriot north which partially reopened a seaside resort abandoned by Greek Cypriot residents during a 1974 war.

As a sign of mounting tensions, about 200 people brandishing a large Greek flag broke into a checkpoint near Varosha in eastern Cyprus on Sunday night, attempting to cross the Turkish Cypriot side of the island.

At the summit in early October, the EU said it will punish Turkey if it continues to operate in the region and that sanctions could be imposed as early as December. Ankara said such a warning strained ties.

“Turkey has done exactly the opposite of what the European Council wanted … So the only problem here is to activate more drastic solutions, so that Turkey feels more attached and less carrot this time,” Petsas said.