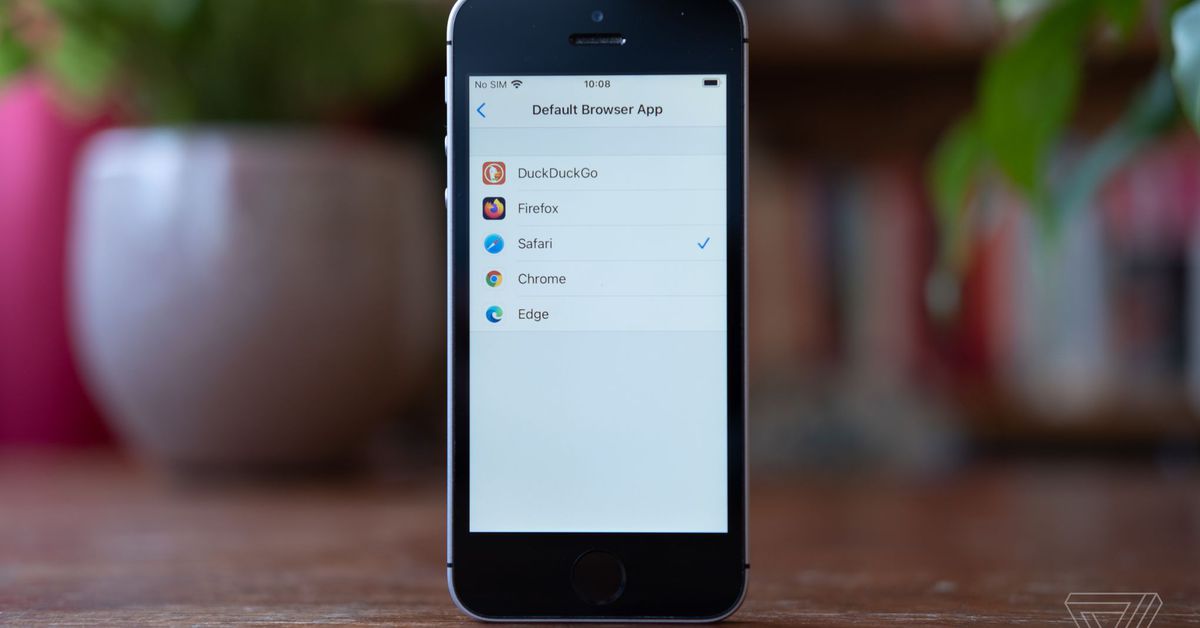 With iOS 14, Apple finally lets you choose which browser to use as your default, allowing you to ditch Safari if you prefer to use a third-party alternative like Chrome or Edge. Apple also allows iPhone users to change their default email app to the updated operating system.

To be a candidate for the default browser, the developers had to update their apps. All browsers are yet to use WebKit as their underlying navigation engine, which means that the main differences between them will depend on their user interfaces and how they synchronize with other platforms, rather than how they basically render web pages. There is currently only a limited selection of browsers that can be set as default on iPhone.

Here is a list of alternative default browsers that we can confirm:

7;s review process) and Opera Touch (the iOS version of Opera). We also downloaded a variety of other iOS browsers that are often recommended in the “best iOS browsers” lists, including Dolphin, Ghostery, UC Browser, and Aloha, and found that they didn’t appear in the default browser selection menu.

As of this writing, there appears to be a bug in iOS 14 that restores the default browser on Safari every time the device restarts. Apple has yet to respond to our request for comment on the bug, but we expect it to be fixed in an upcoming iOS patch.

To change your default browser, go to the Settings app, then scroll down to the browser you want to set as the default. Click and you’ll see a “Default Browser App” option if it’s eligible by default.