Breaking News
Home / Health / How did the 2009 swine flu really compare to COVID-19? 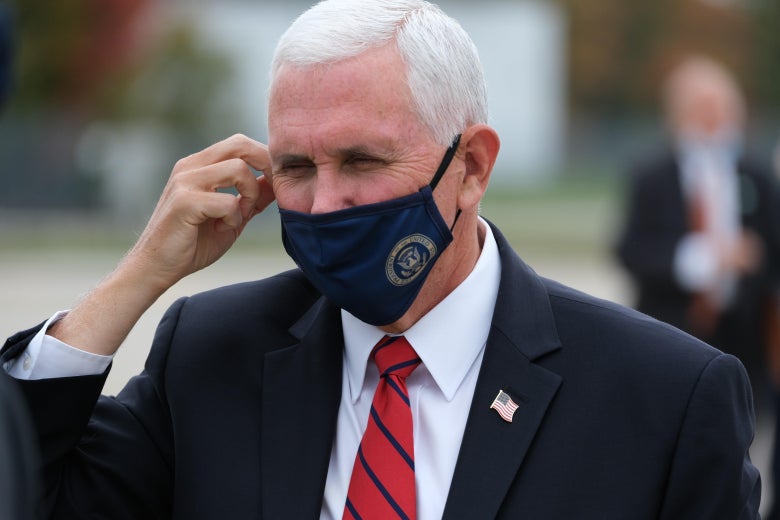 When the conversation at the vice presidency debate on Wednesday shifted to the coronavirus, Mike Pence went from defense to offense by mocking Joe Biden and Barack Obama’s response to the 2009 H1N1 pandemic, also known as the swine flu. He described the previous administration’s response to swine flu as lackluster and used it as evidence that a President Biden would not be competent to lead the country through the COVID-19 pandemic. Here is a clip of his observations:

Trump has long used H1N1 as a club to counter Biden’s central campaign argument that there is a desperate need for a new, more competent administration to take the reins of the US coronavirus response. Even in March, when COVID-19 was first spreading, Trump falsely claimed that Obama “did nothing” against the swine flu. The president began to resume this line of attack after Pence raised H1N1 in the debate, calling the 2009 pandemic “one of the great disasters”.

Joe Biden has no plans for Coronavirus – EVERYONE IS TALKING! It was a disaster in his handling of the H1N1 swine flu. He hadn’t the faintest idea, with his chief of staff saying so. Had he been in charge, perhaps 2.2 million people would have died from this far more lethal disease!

But the Obama administration’s response to the swine flu was not the calamity Trump and Pence made it seem.

During the debate, Pence noted that 60 million Americans have contracted H1N1 and said: “If the swine flu had been as lethal as the coronavirus in 2009, when Joe Biden was vice president, we would have lost 2 million American lives. “. The fact is that the federal government under Obama knew that swine flu was rarely lethal at the time and took this fact into account in its decision-making process to ensure there wouldn’t be much disruption to the economy. (The death rate from H1N1 was 0.02%, while the death rate from COVID-19 is 0.65%.) It helped that H1N1 was a flu, which doctors know very well. .

Some medical experts actually criticized Obama for being so mashed potato proactive on swine flu given its severity. Conservatives went further to accuse him of overdoing the disease as part of a cynical ploy to approve health care reforms. “Creating panic and chaos, selling health care, keeping general unrest out there among the population – that’s just the Obama formula,” radio host Rush Limbaugh said in October 2009 in response to the then-president declaring an emergency. for the H1N1 pandemic. The eventual death toll in the United States – 12,469 people – has dropped well below the 30,000-90,000 people the Council of Science and Technology Advisors initially estimated could die.

We knew how to diagnose and treat H1N1, even if it was different from normal. Doctors didn’t need much help out of the ordinary, although we got it, perhaps too much. In contrast, the government’s current response to COVID-19 is disorganized, disinterested, dishonest, and worst of all, cruel to everyone in the country.

Trump knows how lethal the coronavirus is at least since the beginning of February. He told reporter Bob Woodward in a Feb.7 interview that COVID-19 could be five times “deadlier” than seasonal flu, even as he publicly downplayed the threat of the disease. So while the Obama administration has been accused of being too alarmist about a not very lethal pandemic, the Trump administration has not been alarmist enough about a deadly enough pandemic.

One of the most damning statistics for the Trump administration’s coronavirus response, which moderator Susan Page referred to in Wednesday’s debate, is the number of deaths in the United States compared to the rest of the world. The US death toll as a percentage of our population is higher than that of almost all other wealthy nations. The United States, which accounts for 4% of the world’s population, has been home to around 20% of reported coronavirus deaths worldwide. (There have been more than 210,000 coronavirus deaths in the United States, while the global death toll recently exceeded 1 million.) Now let’s take a look at swine flu. The Centers for Disease Control and Prevention reports that 12,469 people have died from H1N1 in the U.S. The agency also estimated that somewhere between 151,700 and 575,400 people have died from the disease worldwide. That’s a pretty wide range, but even if the lower bound of that estimate is assumed to be more accurate, Americans accounted for only about 8 percent of swine flu deaths worldwide. If we take the highest level for granted, Americans accounted for only 2% of the world death toll.

Did the Obama administration make mistakes with H1N1? Certainly. The United States may have been able to detect the virus earlier if it had better communication with Mexico, where the pandemic originated. The administration also over-promised when it came to vaccines, predicting in the summer of 2009 that it would reach 160 million doses by the following October. When it ended up delivering just $ 30 million, the censorship of Congress and the public was swift. Yet the administration’s failures have not resulted in the crushing loss of life we ​​are witnessing now.

In fact, even Trump praised the way Obama handled the swine flu at the time. In a 2009 Fox New interview, Trump said of the Obama administration’s measures: “It will be managed. It is going to come. It will go bad. And maybe it will be worse than normal flu seasons. And it will go away. I think it’s managed well. I think the words are right. “

The United States sets a one-day record with over 83,000 new coronavirus infections