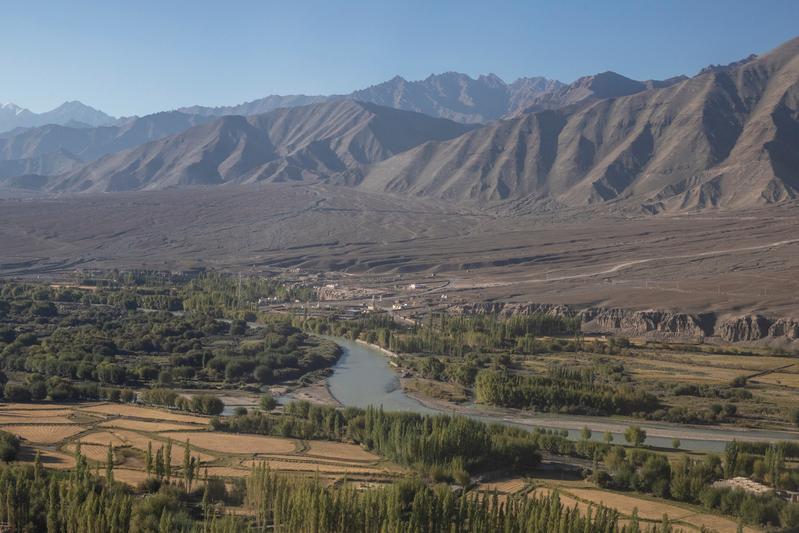 LEH, India (Reuters) – Two Indian officials said Chinese troops were installing a network of fiber optic cables in a West Himalayan flashpoint with India, suggesting they were digging for the long haul despite the high-level talks aimed at resolving a stalemate there.

Such cables, which would provide advanced troops with secure communication lines with bases in the rear, were recently spotted south of Pangong Tso Lake in the Himalayan region of Ladakh, a senior government official said.

Thousands of Indian and Chinese troops supported by tanks and planes are stuck in a difficult standoff along a 70km-long front south of the lake.

The two sides accused each other of escalating the most serious border clash between neighbors with nuclear weapons for decades.

A spokesperson for the Chinese foreign ministry questioned the cable network report.

“As far as I know, the report in question is not true,” spokesman Wang Wenbin said when asked Tuesday.

China and India would remain in communication through diplomatic and military channels, ministry spokesman Wang Wenbin said at a press conference in Beijing.

Chinese defense officials could not be reached immediately for comment.

In June, 20 Indian soldiers were killed in hand-to-hand combat with Chinese troops in the area. Both sides had decided to withdraw after that confrontation, but the Indian military accused the Chinese forces of violating the agreement.

On Monday, above Leh, Ladakh’s main city, Indian fighter planes flew all morning, their engines rumbling and echoing through the valley surrounded by brown, barren mountains.

“Our biggest concern is that they have laid fiber optic cables for high-speed communications,” the first official said, referring to the southern shore of the lake, where Indian and Chinese troops are only a few hundred meters apart. some points.

“They laid fiber optic cables on the southern shore at breakneck speed,” he said.

The first Indian official said authorities were alerted of the activity when satellite images showed unusual lines in the sand of the high-altitude deserts south of Pangong Tso.

The lines were judged by Indian experts – and confirmed by foreign intelligence agencies – as communication cables laid in trenches, he said, also near the Spanggur Gap, among the hilltops where soldiers fired into the air recently for the first time in decades.

Indian officials say an increase in border infrastructure on their part is also likely to have played a role in the confrontation.

The Chinese have complained that India has built roads and air strips in the area, and Beijing says this has sparked the tension.

A former Indian military intelligence officer, who refused to be identified due to the sensitivity of the matter, said the fiber optic cables offered security in communications and the ability to send data such as images and documents.

“If you talk on the radio, it can be discovered. Communications over fiber optic cables are secure, “he said.

The Indian military still depends on radio communications, the first official said, even though he said they were encrypted.