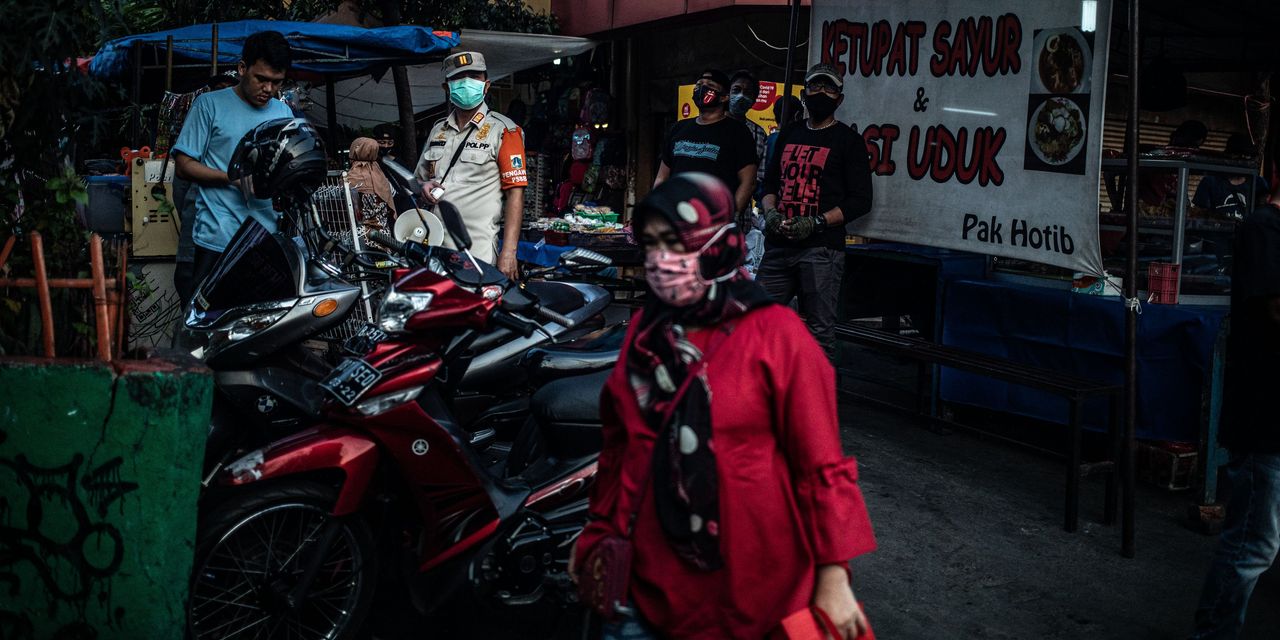 Seven months after its first coronavirus case was reported, the fourth most populous country in the world continues to fly blind.

Indonesia, an archipelago nation of 270 million people, has tested a smaller share of its population than any other major economy. It has conducted Covid-19 tests on eight out of 1,000 people, fewer than the less developed Philippines, which tested 34 out of 1,000 people, according to Our World in Data, a non-profit research project based at the University of Oxford.

,000 people that Indonesia has reported testing.

The result: Policy makers and public health experts in Indonesia, which with more than 11,000 deaths from Covid-19 has more than any other East Asian country, do not know exactly where and how widely the virus is spreading. which makes it much more difficult to contain the disease. The low level of testing is also an impediment to deciding when and where to limit or reopen economic activity.

Countries use different methodologies to calculate national test totals, so country-to-country data may not be directly comparable. However, they do provide a general indication of the degree to which different governments are monitoring the pandemic.

In Indonesia, the scarcity of adequate tests also means that many people with Covid-19 go undiagnosed and don’t know when to isolate, exacerbating the spread of the disease, public health experts say.

In some cases, Indonesians hospitalized with symptoms of Covid-19 are given rapid blood tests for antibodies that are unable to reliably diagnose the disease, rather than nasal swab-based polymerase chain reaction tests or saliva, also known as PCR tests, which are considered the gold standard for diagnosis.

, a director of an Indonesian technology company, said he rushed to the emergency room last month with a high fever. He was given an antibody test which came back negative and he was prescribed antibiotics. He returned home, mostly staying in his room, but still leaving to buy the necessary. When his condition didn’t improve after a few days, he went to a medical clinic and this time got a PCR test, which came back positive three days later.

“It created a very big risk because it gave me a false sense of security,” said Mr. Chatab of the antibody test. “I wouldn’t have gone out at all” if he had known he was infected, he added

“It’s hard to be sure what the right course of action is while doubting the quality of the data,” he said

, an epidemiologist at Padjadjaran University in Bandung City, who advises regional government officials on strategies for managing the outbreak. “At the moment we don’t have the data to prove or disprove any theory – that’s what’s most frustrating.”

Indonesia has reported just over 300,000 cases, similar to Germany, which has less than a third of the population. One sign that infections are not being detected is that more tests in Indonesia more cases are detected.

The number of daily cases went from 2,000 in early August to around 4,000 in late September, a period during which the number of daily tests also doubled. The percentage of positive tests remained fairly constant, at around 15%. This is well above the rate at which public health experts take a warning that cases go undiagnosed and further testing is needed.

The increase in cases led to new restrictions in Jakarta, the capital, in mid-September, which the government said helped to bend the curve slightly. The restrictions limit the number of people who can be in offices and places of worship and require restaurants to offer only take-out food.

What could be some long-term implications of Indonesia’s response to the virus? Join the conversation below.

During the pandemic, Indonesia avoided nationwide blockades, although some regions have adopted traffic restrictions.

In guidelines released in July, the government said rapid tests, a term in Indonesia that mainly refers to antibody tests, should not be used for diagnosis. This type of test involves checking blood samples to see if patients have produced antibodies in response to the virus.

These tests are processed relatively quickly, but are usually used to determine if a person has been infected in the past. They can’t reliably diagnose active Covid-19, doctors say, because it can take a week or more after the onset of the disease for people to generate antibodies, meaning those with early-stage disease often get results. negatives.

As early as March, official antibody testing guidelines said all results had to be confirmed using PCR. But the availability of these tests remains low and the distribution uneven.

Antibody tests are not counted in the nation’s total test count.

There is no reason for the testing problem in Indonesia. Researchers and doctors variously attribute the blame to the shortage of qualified laboratory staff, difficulties in acquiring chemical reagents for test kits, and the shortage of machines to process tests.

“They don’t know how to fix this,” he said

, an infectious disease expert at the University of Indonesia, referring to the government.

The Indonesian Ministry of Health did not respond to requests for comment. A Covid-19 government task force said in a message last month that the country has had “moderate success” in increasing testing capacity, while acknowledging that testing rates have fallen below the standards of the country. World Health Organization.

Public health experts also say the tests started with a misstep. At the end of March, president

called for a large launch of test kits. The tests that hospitals and government agencies subsequently procured were in many cases antibody tests.

“We took the first wrong step,” said Dr Tri Maharani, an emergency medicine specialist in Kediri, a city of 300,000 in East Java. When she fell ill after treating patients in June, she was given an antibody test, which came back negative. He received a PCR test the same day and the results five days later confirmed he had the virus, he said.

Few of the roughly 150 antibody tests administered at his hospital came back positive, he said.

Dr Maharani said the city has limited capacity to process PCR tests, with only one hospital having the appropriate machine. A representative for the hospital,

Dr Maharani said she wears a fireproof suit to treat symptomatic patients without checking if they are infected. The emergency room is like a “jungle,” he said, where doctors can’t be sure anyone has Covid-19.

His is not a designated hospital for the disease and has to report suspected cases elsewhere, which requires a patient’s antibody test per hospital policy, he said. If the result is negative, he still tries to persuade the doctors of the referring hospitals to accept the patient based on his symptoms.

Dr Maharani said the government should increase PCR testing, potentially using mobile clinics in rural areas. “The shortage has led to many silent cases,” he said.

Write to Jon Emont at jonathan.emont@wsj.com