Breaking News
Home / Science / Is Iceland’s most active volcano about to erupt? | Land

Is Iceland’s most active volcano about to erupt? | Land 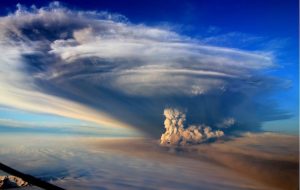 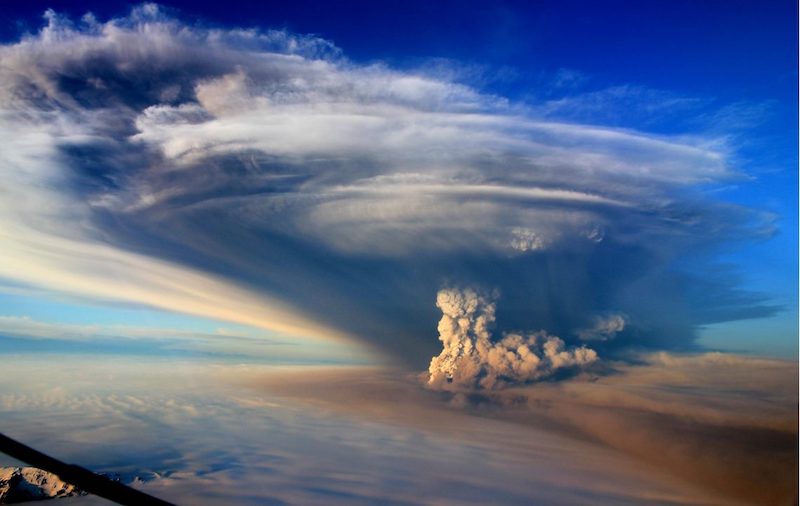 Volcano eruption in 2011. Image via Egill Adalsteinsson / EPA / The conversation.

The ice-covered Grímsvötn volcano in Iceland produced an unusually large and powerful eruption in 2011, sending ash 12 miles (20 km) into the atmosphere, causing approximately 900 passenger flights to be canceled. By comparison, the much smaller 2010 eruption of Eyjafjallajökull led to the cancellation of around 100,000 flights.

Understandably, any mention of another explosive eruption from an Icelandic volcano will raise concerns in the air travel industry, which is currently struggling with the Covid-19 pandemic. But there are clear signs that the Grímsvötn volcano is preparing to erupt again. As a result, the authorities have recently increased the threat level for this volcano.

Grímsvötn is a peculiar volcano, as it lies almost entirely under the ice, and the only part that is permanently visible is an old ridge on the south side that forms the edge of a large crater (a caldera). And it is along the base of this ridge, under the ice, that the most recent eruptions have occurred.

Another peculiarity is that the heat emitted by the volcano is extraordinarily high (2,000-4,000 megawatts), and this melts the overlying ice and produces a hidden subglacial lake of meltwater. This is up to 330 feet (100 meters) deep and has ice that floats up to about 850 feet (260 meters) thick. Fresh ice continuously flows into the caldera, where it melts, and then the water level continues to rise and rise. 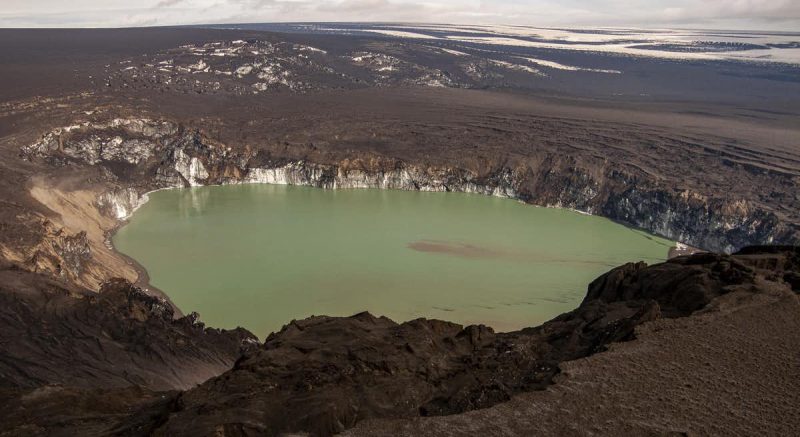 The approximately 1 mile (1.5 km) wide hole has melted into ice since the 2011 eruption. Image via Dave McGarvie / The conversation.

This meltwater can suddenly escape and after traveling south under the ice for approximately 28 miles (45 km) it emerges at the edge of the ice like a flood, which has swept away roads and bridges in the past. Fortunately, the passage of meltwater under the ice at its outlet can be monitored, and roads are closed in time to prevent travelers from being caught in the flood and killed.

Another important feature of Grímsvötn is that it can have a pressure response. This happens when the meltwater lake drains: removing the water from the top of the volcano quickly reduces the pressure. This can trigger a rash – it’s like lifting the lid off a pressure cooker. This has happened many times in Grímsvötn.

Grímsvötn is the most frequent erupting volcano in Iceland and about 65 eruptions are known with some certainty over the past 800 years. The time intervals between eruptions are variable and, for example, prior to the largest eruption in 2011 there were smaller eruptions in 2004, 1998 and 1983 with intervals ranging from four to 15 years. Basically, and with the next eruption in mind, Grímsvötn appears to have a pattern of larger and rarer eruptions occurring every 150-200 years (e.g. 2011, 1873, 1619), with smaller and more frequent eruptions occurring all ‘roughly once every decade in between.

A high frequency of eruptions in a volcano allows scientists to detect patterns that lead to eruptions (precursors). And if these are repeated every time a volcano erupts, it becomes possible for scientists to be more confident that an eruption could happen in the near future. However, it is rarely possible to be precise on the exact day. 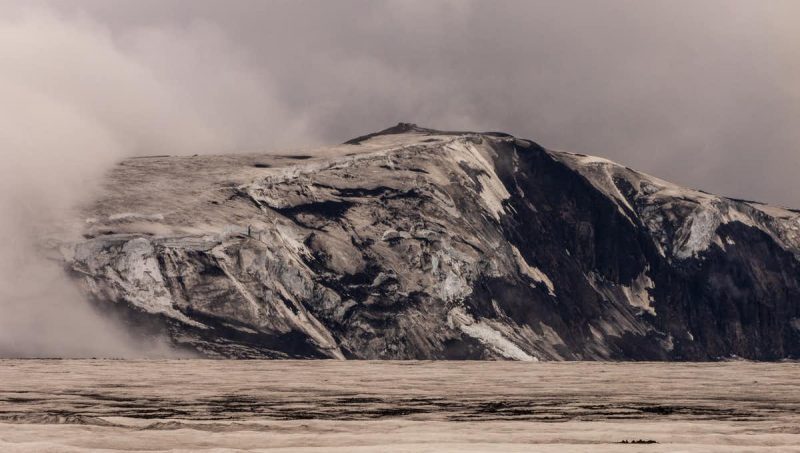 Old crest of Grímsvötn. Image via Dave McGarvie / The conversation.

Icelandic scientists have been closely monitoring Grímsvötn since its 2011 eruption and have seen various signs that suggest the volcano is preparing to erupt. For example, the volcano has swelled as new magma moves into the plumbing system below (think burying a balloon in the sand and then inflating it). The increase in thermal activity has caused more ice to melt and there has also been a recent increase in seismic activity.

So what happens next? Again, based on the pattern observed in past eruptions, an intense swarm of earthquakes lasting a few hours (one to ten hours) will signal that magma is moving towards the surface and that an eruption is imminent. In cases where the hidden subglacial lake drains and triggers the eruption, earthquakes occur after the lake has dried up and just before the eruption.

The smaller eruptions of the Grímsvötn consume a lot of energy when interacting with the water and ice on the surface. This means that the resulting ash gets wet and sticky and then falls from the sky relatively quickly. The ash clouds therefore travel only a few tens of kilometers from the site of the eruption. This is a good scenario for Icelanders and also for air travel, as it prevents the formation of significant ash clouds that could shift and close the airspace.

But will it be a small rash? If Grímsvötn’s past model of occasional large eruptions with multiple small eruptions occurring in the middle continues into the future, then the next eruption should be small (as there was a large one in 2011). And the word “should” is important here: Iceland’s volcanoes are complex natural systems, and the patterns aren’t always followed closely.

This article was republished by The conversation under a Creative Commons license. Read the original article.