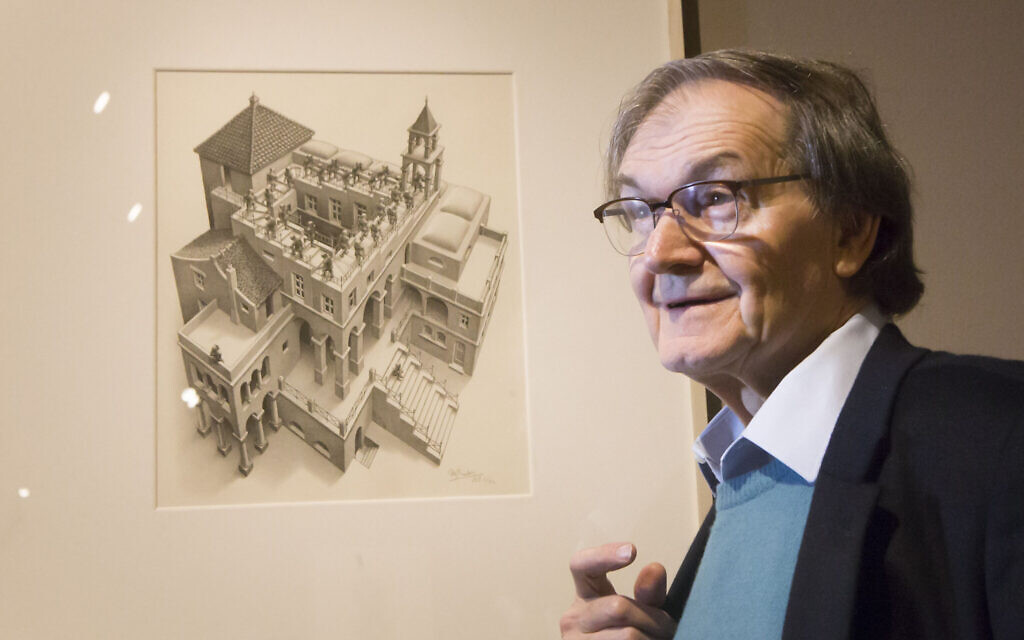 STOCKHOLM – Three scientists on Tuesday won this year’s Nobel Prize in Physics for improving our understanding of black holes, the devouring monsters that lurk in the darkest parts of the universe.

Britain’s Sir Roger Penrose, descended from a Jewish scholar and of Russian Jewish heritage, received half of this year’s award “for the discovery that the formation of black holes is a robust prediction of the general theory of relativity,” said the Nobel Committee.

The award celebrates “one of the most exotic objects in the universe”, the black hole, which has become a staple of scientific reality and science fiction and where time seems to have stopped, according to the committee.

Black holes are perhaps the most mysterious and powerful objects in astronomy. They are at the center of every galaxy and the smaller ones are scattered around the universe. Nothing, not even light, can escape their incredible gravity. They are the last cosmic dead end.

“Black holes, because they’re so difficult to understand, is what makes them so attractive,” Ghez told The Associated Press Tuesday morning. “I really think of science as one big, giant puzzle.” 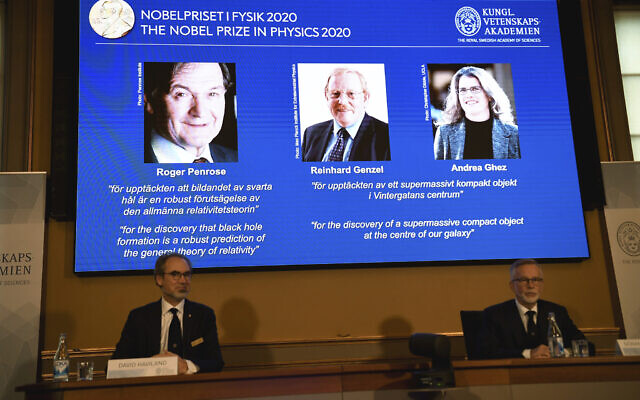 Penrose, who was knighted in 1994, comes from a family with a long and wide association with academia. His grandmother, Sonia Marie Natanson, was a Jewish concert artist who left Russia in the late 19th century. She married the physiologist John Beresford Leathes, son of the Jewish scholar Stanley Leathes.

Penroes is a declared atheist. In a 2007 interview with the Jerusalem Post, she said her grandmother “hid her origins and disassociated herself from her family, but we learned that she was from Russia and her surname was Nathanson.

“So, by your rules, I imagine I can be considered a Jew, even if I don’t identify myself as one.”

Roger Penrose proved with mathematics that black hole formation was possible, based heavily on Albert Einstein’s theory of general relativity.

“Einstein himself didn’t believe black holes really exist, these super heavy monsters that capture everything that enters them,” the committee said. “Nothing can escape, not even the light.” 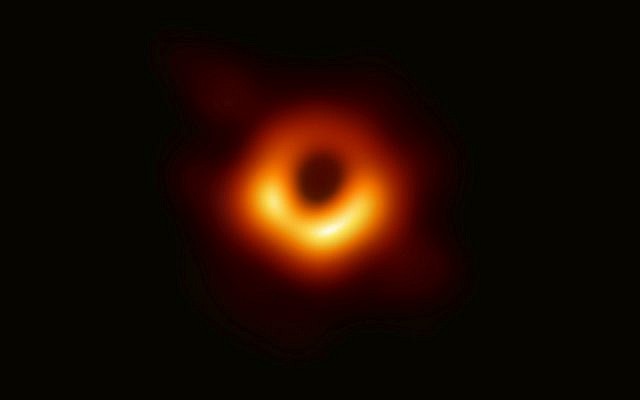 Penrose detailed his studies in 1965, but it wasn’t until the 1990s that Reinhard Genzel and Andrea Ghez, each leading a group of astronomers, set their sights on the dust-covered center of our Milky Way galaxy, a region called Sagittarius A *, where something strange was going on.

They both discovered that there was “an extremely heavy and invisible object that attracts the jumble of stars, causing them to run at breakneck speeds.”

It was a black hole. Not just a normal black hole, but a supermassive black hole, 4 million times the mass of our sun.

Scientists now know that all galaxies have supermassive black holes.

In 2019, scientists obtained the first optical image of a black hole, and Ghez, who was not involved, praised the discovery.

“Today we accept that these objects are fundamental to the building blocks of the universe,” Ghez told the Royal Swedish Academy of Sciences audience over the phone shortly after the announcement.

Ghez is the fourth woman to receive the Nobel Prize in physics, after Marie Curie in 1903, Maria Goeppert-Mayer in 1963 and Donna Strickland in 2018.

“I hope I can inspire other young women in the field. It is a field that has so many pleasures. And if you’re into science, there’s so much you can do, ”Ghez said.

“Not just questions about their internal structure, but also questions about how to test our theory of gravity under the extreme conditions in the immediate vicinity of a black hole,” he said. 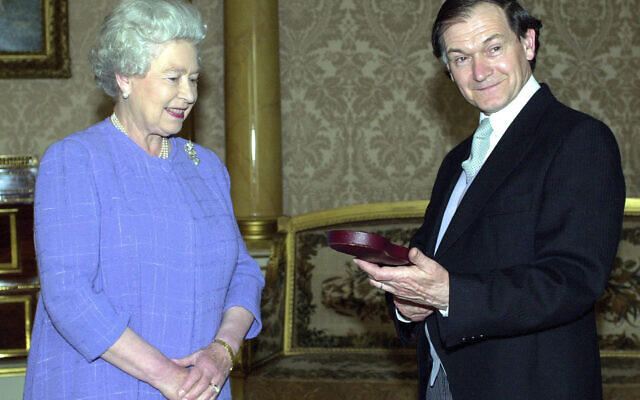 Queen Elizabeth II of Great Britain awards Roger Penrose with the insignia of a member of the Order of Merit at Buckingham Palace in London on July 25, 2000 (Fiona Hanson / PA via AP)

It is common for several scientists who have worked in related fields to share the award. Last year’s award went to Canadian cosmologist James Peebles for theoretical work on the early moments after the Big Bang and to Swiss astronomers Michel Mayor and Didier Queloz for discovering a planet outside our solar system.

The prestigious award comes with a gold medal and a cash prize of 10 million Swedish kronor (more than 1.1 million dollars), thanks to a legacy left 124 years ago by the creator of the award, the Swedish inventor Alfred Nobel. The amount was recently increased to adjust for inflation.

The other awards, to be announced in the coming days, cover outstanding works in the fields of chemistry, literature, peace and economics.

Researchers have finally discovered what octopuses taste like with arms

Ogre-faced spiders can hear quite well, a new study says