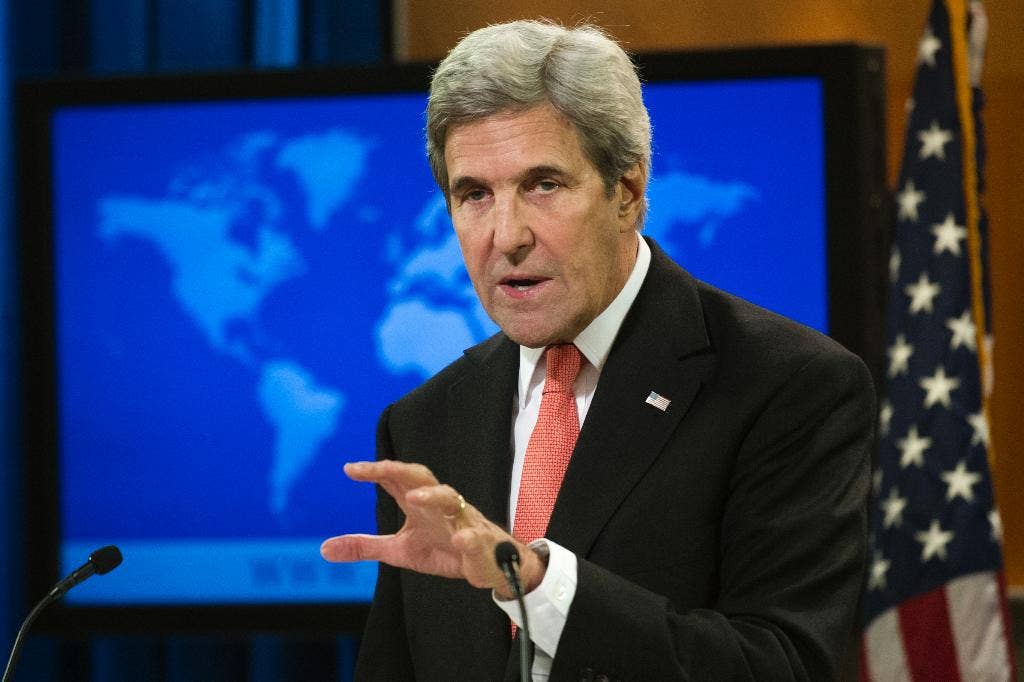 Former Secretary of State John Kerry was crushed on Wednesday for remarks he had previously made declaring that there would be no peace in the Middle East without the Palestinians.

The next day, however, a 2016 clip from Kerry re-emerged that questioned that any peace between Israel and the Arab world was possible without the Palestinians on board.

“There will be no separate peace between Israel and the Arab world,”

; Kerry began in a speech. “I want it to be very clear with all of you. I have heard several prominent politicians in Israel sometimes say, ‘Well, the Arab world is in a different place now. We just have to get in touch with them. We can work. Some things with the Arab world and we will deal with the Palestinians. “No. No, no and no.”

He continued: “I can tell you that, reiterated in the last week because I spoke with leaders of the Arab community, there will be no advanced and separate peace with the Arab world without the Palestinian process and Palestinian peace. Everyone needs. To understand this. . This is a harsh reality “.

“John Kerry with a 2016 Middle Eastern movie that aged like milk in a sauna,” reacted Noam Blum, associate editor of Tablet Magazine.

“Quite the opposite. Remarkable,” wrote Rebeccah Heinrich, senior fellow at the Hudson Institute.

“Dude … Has anyone been more wrong about something?” National Review contributor Pradheep Shanker asked.

“I was wondering why there wasn’t a single Tweet praising yesterday’s signing of the historic peace accords on @ JohnKerry’s Twitter account. Now I know. It’s scary to see how many foreign policy pundits got it wrong. But it’s even more outrageous how many. of them will admit it too. ”Jewish telegraph agency collaborator Joel Petlin tweeted.

“The only thing more surprising about this John Kerry clip is that the Democrats are currently trying to put all the same people in this dubious administration back into the WH,” concluded Brent Scher, executive director of Washington Free Beacon.