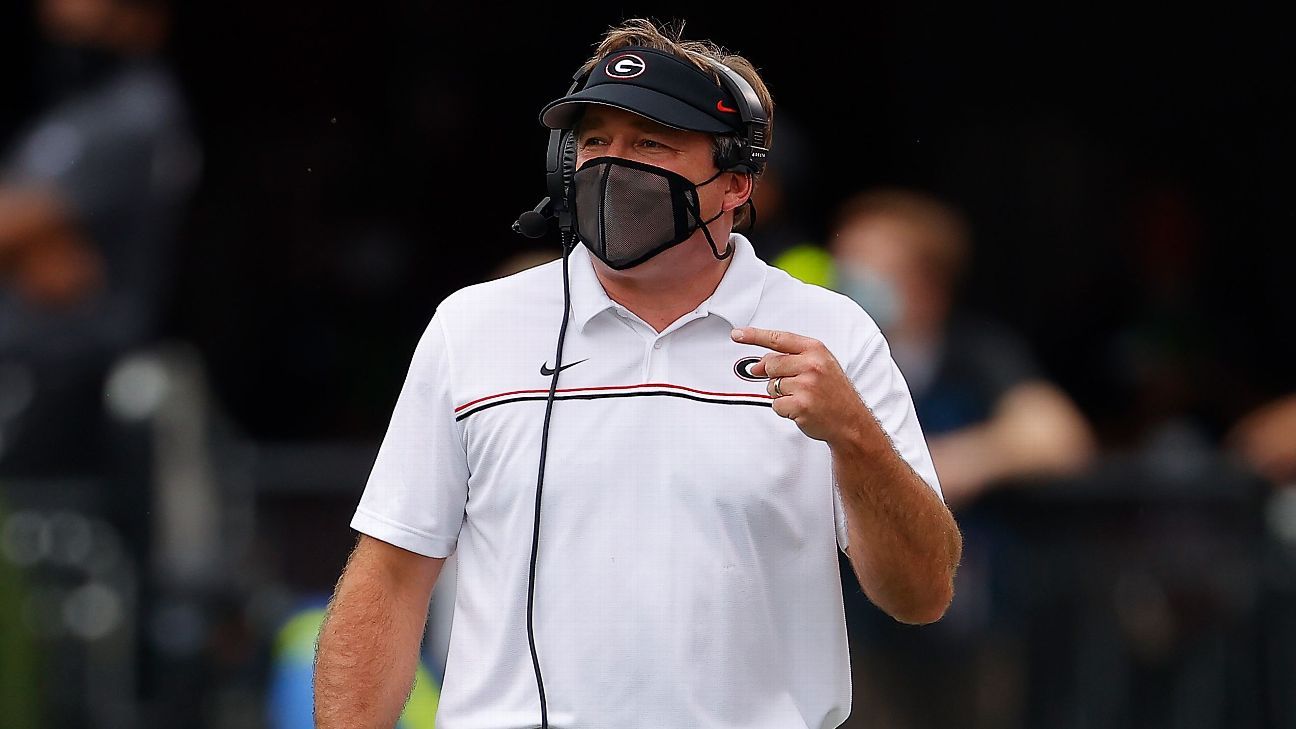 Georgia wide receiver George Pickens received an unsportsmanlike penalty at halftime against Tennessee on Saturday for splashing water from a bottle on Volunteers quarterback Jarrett Guarantano.

On the first and 10 from 36 of the Vols, Guarantano ran for a 3-yard run before falling out of bounds towards the Georgia sideline. While Guarantano was on the ground, Pickens was seen walking towards him and spraying water from a bottle in Guarantano.

“When someone goes out of bounds and you splash water, what are we? Are we 7 and 8?” Bulldogs trainer Kirby Smart said. “I mean, come on, let’s play football. We’re not fools.”