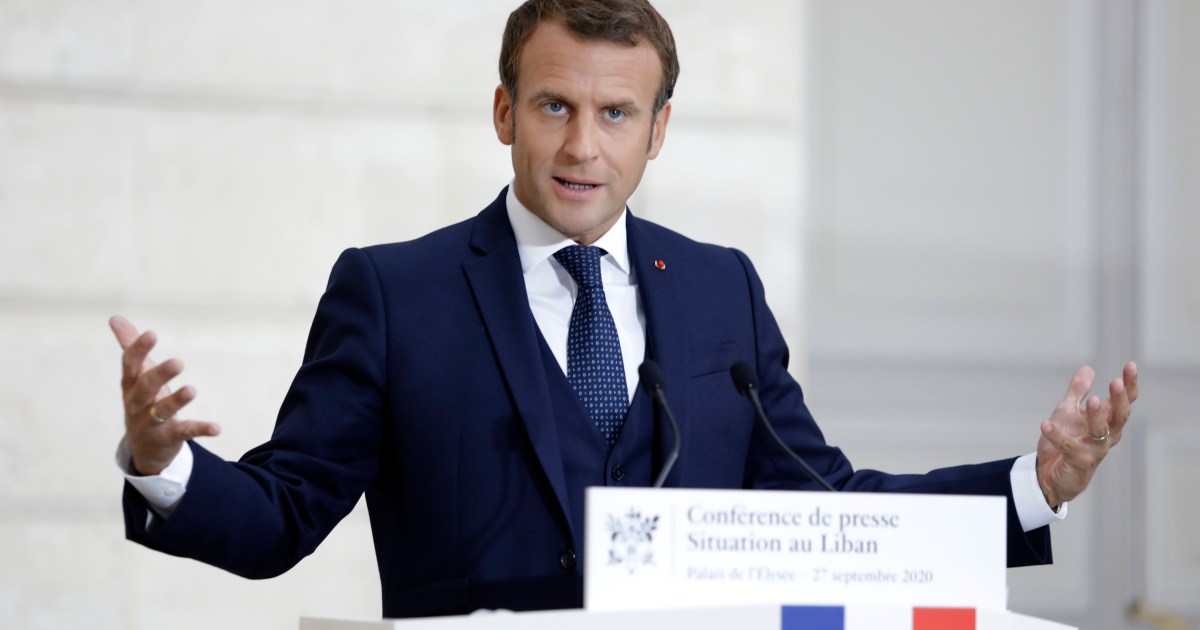 French President Emmanuel Macron has accused Lebanese leaders of “collective betrayal” for their failure to form a government in the wake of the massive explosion at the port of Beirut in August.

In a rare Lebanese press conference on Sunday, Macron criticized the Lebanese political elite for prioritizing their own selfish interests over those of their country.

“They have decided to betray this commitment [to form a government]”Macron told reporters, declaring he was” ashamed “of the country’s leaders.

Macron had repeatedly urged Lebanese leaders to form the government, saying that a reformist government was essential if aid was to come to rebuild the country.

7;s prime minister-designate Mustapha Adib resigned on Saturday, saying he was unable to form a government.

“I see that the Lebanese authorities and political forces have chosen to favor their own partisan and individual interests to the detriment of the general interest of the country,” Macron added.

Macron said none of Lebanon’s leaders – where, in the wake of the 1975-1990 civil war, power is traditionally shared between Shia Muslims, Sunni Muslims and Christians – have been up to the task.

“Everyone is betting on the worst-case scenario to save themselves, their family or their clan’s interests,” he said.

“Therefore, I have decided to take note of this collective betrayal and the refusal of Lebanese officials to engage in good faith.”

Macron sent a clear warning to the Iranian-backed Shiite group Hezbollah, which was well represented in the outgoing government and some analysts accused of delaying the trial.

Hezbollah should not “think it is more powerful than it is… it must show respect for all Lebanese. And in the last few days it has clearly shown the opposite, “Macron said.

“There is a question that must be asked of Hezbollah and ourselves. Is it really a political party or does it only proceed according to a logic dictated by Iran and its terrorist forces?” He added.

Macron, who has visited Lebanon twice in the wake of the explosion, has repeatedly urged the Lebanese not to waste any more time forming a government.

The August 4 explosion of hundreds of tons of ammonium nitrate in the port of Beirut killed more than 190 people, injured thousands and devastated much of the capital.

The disaster sparked new protests against corruption and mismanagement, prompting the previous government to step down.

He gave Lebanon’s political class four to six weeks to implement his road map for political and economic reform established during his last visit on September 1 and said he would commit to holding a donor conference for Lebanon. in October. For now, it has ruled out the imposition of sanctions.

“Now it is up to Lebanese officials to seize this last possibility for themselves,” he said.

But Natacha Butler of Al Jazeera, a journalist from Paris, said Macron didn’t have many options and didn’t make it clear what would happen if the “last chance” didn’t produce results.

“He did not rule out the possibility of using French sanctions against some political leaders if they can be directly linked to corruption,” Butler said.

Al Jazeera’s Zeina Khodr, in a report from Beirut, said billions of dollars in funds are urgently needed to revive the economy in a country where 55 percent of its five million people live in poverty.

“People are worried – they know that if there is no ‘credible government’, or a government that is considered legitimate in the eyes of the international community, that money will not pour into the country,” Khodr said.

“We’re working on it:” Pope’s COVID advisors and the mask