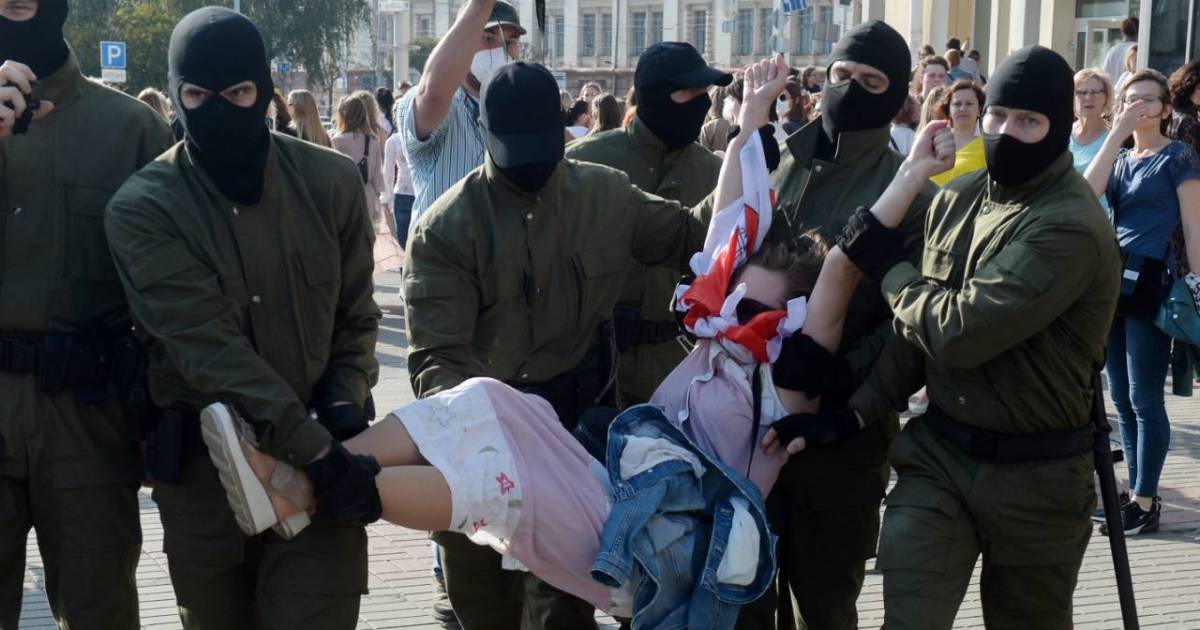 The EU refuses to recognize Lukashenko as the legitimate president of the former Soviet republic as Minsk denounces foreign intervention.

French President Emmanuel Macron said Belarusian leader Alexander Lukashenko must step down, in a comment to a French weekly published on Sunday.

“It is clear that he has to go,” he told Le Journal du Dimanche, speaking a few days after the European Union refused to recognize Lukashenko as the country’s legitimate president.

“It is a crisis of power, an authoritarian power that cannot accept the logic of democracy and that clings with force. It is clear that Lukashenko has to go, “Macron said.

; in the former Soviet republic.

“We are seeing attempts to destabilize the situation in the country,” he told the UN General Assembly in a video statement.

“Interference in our internal affairs, sanctions and other restrictions on Belarus will have the opposite effect and are absolutely harmful to everyone.”

Tens of thousands of people have taken to the streets in Belarus since the 9 August elections in the country, which opposition leader Svetlana Tikhanovskaya claims to have won, despite Lukashenko’s insistence that she won a landslide victory.

The struggling leader launched a brutal crackdown on protesters, with around 12,000 people arrested – condemning the West, but with the support of Moscow.

Lukashenko recently sparked new demonstrations and new Western criticisms after holding a secret inauguration for himself.

Macron said on Sunday he was “impressed by the courage of the demonstrators” in Belarus.

“They know the risks they run by demonstrating every weekend, yet they are pushing forward the movement to bring democracy to life in this country that has been deprived of it for so long,” he said.

“Women in particular, who march every Saturday, demand our respect,” she added.

More than 90 people, most of them women, were arrested during opposition demonstrations on Saturday, an NGO said.

The EU said Thursday that Lukashenko’s inauguration lacked “democratic legitimacy” and refused to recognize him as president.

Brussels is reviewing its relations with the country, the bloc’s chief diplomat said.

EU ministers decided in principle last month to impose sanctions against the government, but Cyprus blocked approval until the bloc agreed on similar measures against Turkey for gas exploration in the eastern Mediterranean. .

On Friday, the Baltic states of the EU, Lithuania, Latvia and Estonia, extended their sanctions against Belarus.

The issue will be discussed during an EU 1-2 October summit in Brussels.

The US, Canada, and the UK are also expected to impose sanctions on Belarusian citizens soon for what those governments consider a rigged election and violence against peaceful protesters, sources told Reuters.