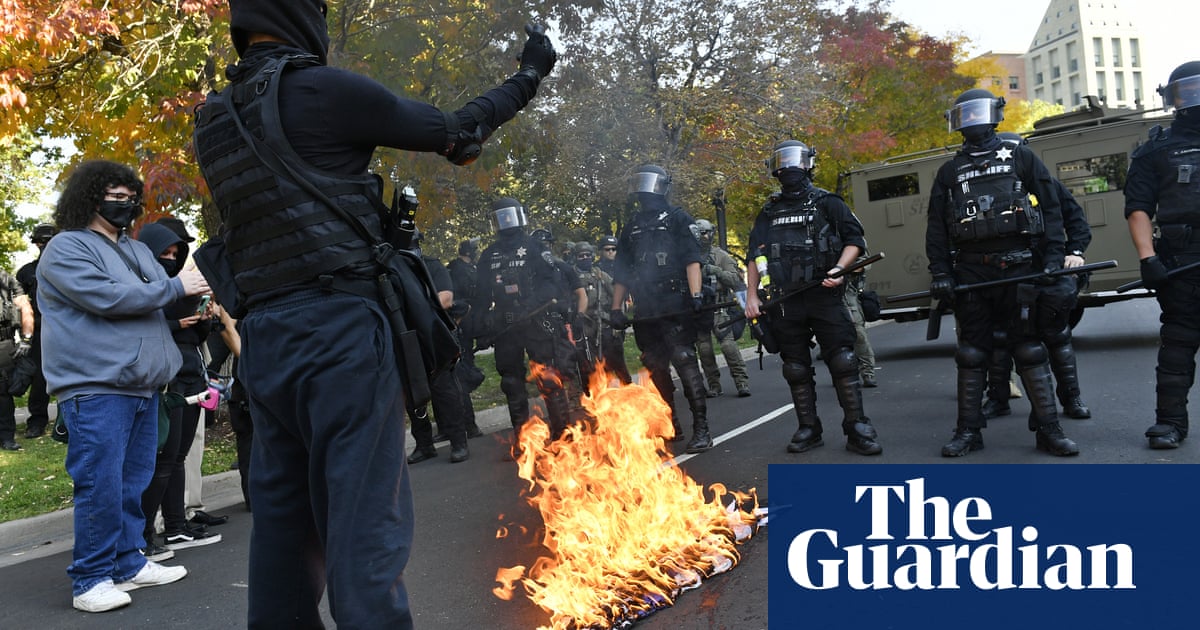 A man was shot dead during rival protests by left and right groups in the American city of Denver.

Police arrested a suspect who, according to its website, NBC News affiliate KUSA-TV was working as a security guard to protect the station’s crew.

“It has been the practice of (KUSA) for several months to hire private security to accompany personnel during the protests,”

The shooting took place Saturday in a Denver Art Museum courtyard during a so-called “Patriot Rally” which was met with counter-protests by groups who dubbed their demonstration “BLM-Antifa Soup Drive”.

Denver Police Chief of Investigation Joe Montoya did not confirm whether the suspect worked for the station. Neither the victim nor the suspected shooter were identified by the authorities.

Montoya said police kept the two groups separate and there were no further arrests during competing demonstrations.

A photographer for the Denver Post captured an image of a man spraying a chemical agent on another man with a hand gun.