Mao Zedong’s stolen scroll worth millions found cut in half 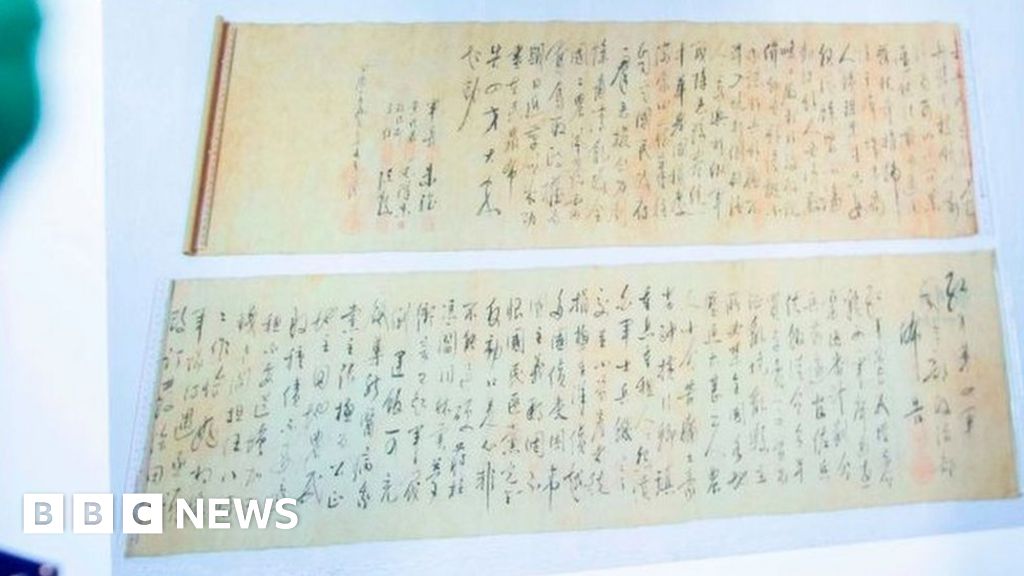 A stolen scroll of Chinese calligraphy worth millions was found in Hong Kong after it was cut in half.

Last month, thieves stole the scroll of Chinese Communist leader Mao Zedong from the home of an art collector during a burglary.

They then sold it for a fraction of its value. It was apparently cut because the 2.8m (9ft) long scroll was deemed too long to display, Hong Kong police said.

The scroll, which contains handwritten stanzas of poetry by the founder of the People’s Republic of China, is valued at approximately $ 300 million (£ 230 million) from its owner.

It was stolen in a massive robbery on September 10, when three men broke into the home of Fu Chunxiao, a well-known collector of stamps and revolutionary art.

They also made it out with antique stamps, copper coins and other pieces of Mao’s calligraphy. The total loot was worth HK $ 5 billion (£ 645 million, £ 500 million) according to Mr. Fu, who was reportedly located in mainland China when the theft occurred.

The thieves sold one of the pieces to another art collector for just HK $ 500 ($ 64, £ 50) to a buyer who, according to The South China Morning Post, believed the artwork was a fake.

The buyer then saw a public appeal from the police and surrendered with both pieces of the roll on September 22.

It is not clear who exactly cut the artwork. Hong Kong Police Senior Superintendent Tony Ho said, “Someone thought the handwriting was too long … and difficult to show and display. That’s why it was cut in half.”

“It was heartbreaking to see it ripped in two pieces,” Mr. Fu told the Post. “It will certainly affect its value, but the impact remains to be seen.”

Police subsequently arrested the 49-year-old buyer on suspicion of handling stolen property, although he has now been released on bail.

A suspected thief was also arrested, but the other two thieves who broke into Mr. Fu’s home are still fugitives.