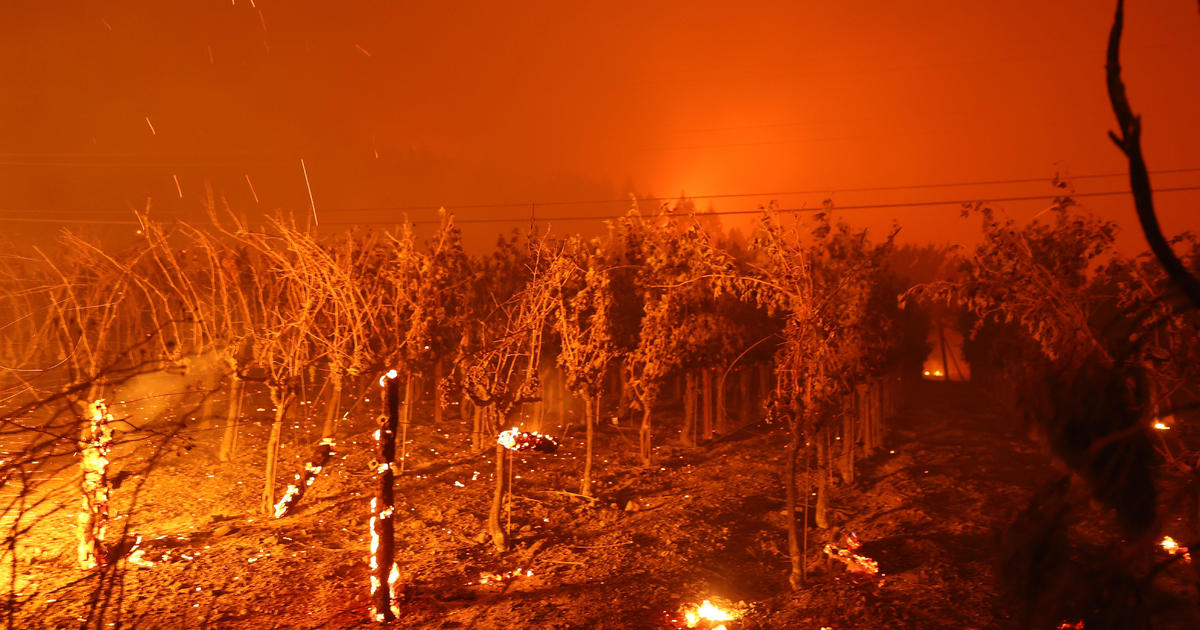 Strong gusts of dry wind are fueling more than two dozen big fires in California. Air quality alerts are posted throughout much of the state, and tens of thousands of people are under new evacuation orders in Northern California.

Parts of the California wine region were incinerated by a new fire which continues to burn out of control on Monday. Powerful winds ̵

1; with gusts of up to 50 mph – stoked the so-called Glass Fire flames overnight, more than quadrupling the number of acres burned in Napa and Sonoma counties.

At least three fires have now merged, forming a huge hell. The first blaze broke out early Sunday morning and has been contained at 0% since the start of Monday, according to Cal Fire.

In an instant, house after house, nestled along the slopes of the hills, quickly became ablaze. Nearly 80,000 people have been ordered to evacuate as 8,500 structures are threatened.

Firefighters are lining the edges of Santa Rosa, a city of 177,000.

“Our number one concern is to protect lives and property and hopefully stop them from going any further where we don’t want them to go,” said firefighter Dustin Blumenthal.

During the night, seniors residing in a retirement community in Santa Rosa had to be loaded onto city buses and taken to safety. And famous places, like the Chateau Boswell winery, went up in flames.

This wine region is unfortunately no stranger to fires. In 2017, the Tubbs fire killed 22 people.

So far this year in California, more than 8,000 wildfires have burned over 3.7 million acres and claimed the lives of at least 26 people, according to data from Cal Fire.

Preview updates of the debate live: the latest