Massachusetts voters split over Trump’s handling of the coronavirus: NPR 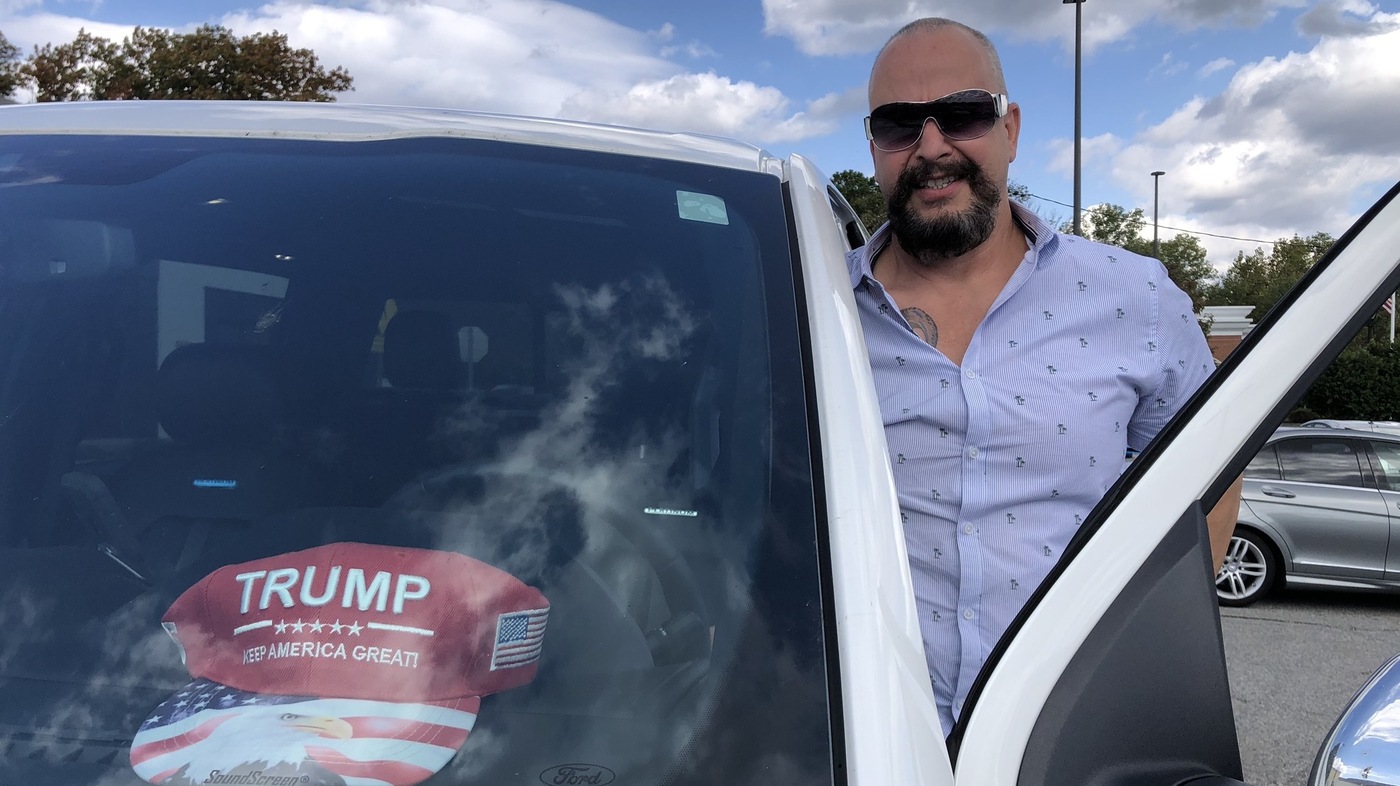 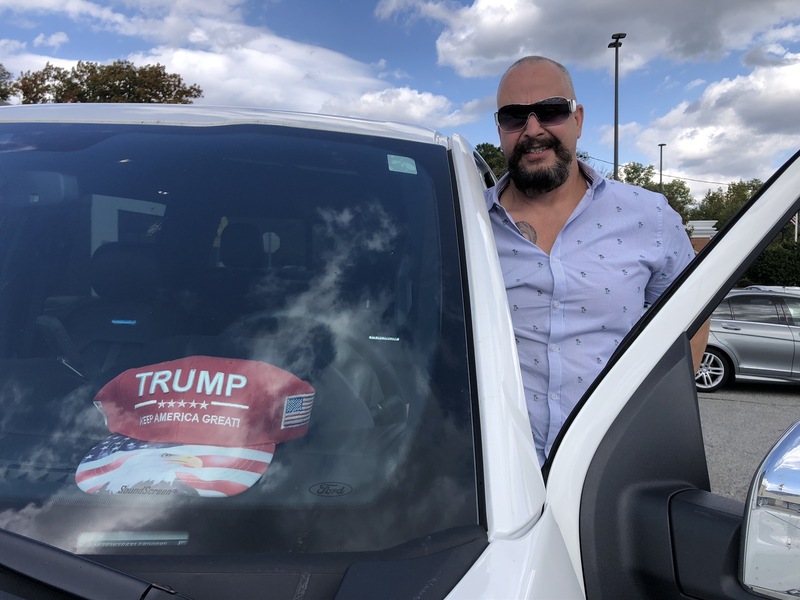 Tony Beaulieu says he first worried about COVID-19, when the president got sick. But he says Trump’s insistence that he’s recovered reassured him that the virus isn’t much to worry about.

Tony Beaulieu says he first worried about COVID-19, when the president got sick. But he says Trump’s insistence that he’s recovered reassured him that the virus isn’t much to worry about.

Voters are both denouncing and defending President Trump for how he is handling his COVID-19 diagnosis, reflecting the deep political divide over how he handled the pandemic as a whole. Even in blue Massachusetts, the president is receiving criticism and compliments.

Tony Beaulieu never goes anywhere without his “Trump 2020” hat on the front windshield of his truck and his Trump flag on the back. His mask is usually somewhere on the floor.

“I only wear a mask when I have to go to the store or something,” he said. “I take zero precautions. And all the people in my circle, the same thing. They don’t wear masks either.”

Finishing lunch in his truck outside a sandwich shop in Waltham, Massachusetts, Beaulieu, who owns a construction company, said he believes the Democrats exaggerated the COVID-19 threat, only to make Trump look bad before elections.

“This coronavirus has nothing to do with what they say. They do the numbers,” he said last week, just before news broke that the president was infected.

But reached by phone later, Beaulieu admitted that Trump’s diagnosis left him a little more concerned.

“Makes you think a little,” he sighed. “Now that he’s in the White House and the president can get it, I guess I could too. You know, I’d hate to catch COVID and die.”

But Beaulieu’s concern would not last long. When Trump left the hospital on Monday night, tweeting that he felt great and “Don’t be afraid of Covid,” Beaulieu was once again reassured.

This infuriated many Democrats wary of the Massachusetts pandemic, shopping at the same mall yesterday.

“Trump is [saying] “Look, I told you it’s nothing. Look, I got through it in two days. You can too, “said designer David Josef.” This is madness “.

“I think it’s very selfish, very irresponsible and very ignorant,” said Jennifer Craig, who works on development at a nearby museum. The president continues to discourage social distancing and wearing masks, Craig said, which “will mean that the more people get sick, the more people die, and the more people infect others.”

Josef and her husband, Dan Forrester, say they were particularly outraged to see Trump without a mask in the White House as he was contagious, grossly downplaying the dangers of the deadly virus even as cases are on the rise and setting alarming records in many states.

It seemed particularly irresponsible to some that Trump didn’t just say his condition was “improving” or “good”, but instead tweeted a typically exaggerated statement that “I feel better than I did 20 years ago!”

“Actually, it seems the drugs are affecting his mental acuity,” joked PhD student Alex Berlin, who works as a contact tracer. “I talk to people for my job about having the coronavirus and [none of them] I feel like they are 20 years younger, “he said.

College student Aislinn Mayfield said she too finds Trump’s tweets dangerously misleading, especially as she benefits from taking drugs that aren’t available to other Americans.

“For him to just brush it off, he has the privilege of saying what he’s saying. But I think he definitely hasn’t thought of a lot of people in communities of color who need to take him seriously because there’s a lot more risk there.”

Trump’s loyalists, however, dismiss such criticism as partisan attacks. No one could have done better to fight such a deadly virus, they say. And Trump had an equally important role to play as a kind of “Calmer-in-Chief”.

“He’s just trying not to panic people. You have to do it,” said Rick Lampron, who traveled from Florida to work on a construction project in Massachusetts. “Look what happened with the toilet paper.”

Lampron said Trump is also right to reassure people about progress on COVID treatment options. “There are more drugs now than we had at the start of the pandemic, so we’re better off,” he said.

Another diehard Trumper also finds the weekend president’s passage out of the hospital reassuring, and defends the move that has been extensively tested to endanger his secret service agents.

“These people take a bullet for him. So he has COVID-19, and what should they do? Social distance? Shouldn’t they protect the leader of the free world because he has COVID-19? They can” I’m sorry, Mr. President, you have COVID -19, so we’ll have to stay 20 feet from her, “said the Trump supporter, who asked not to use her name.

“I don’t want to put my family in danger,” he said, “because I don’t want those charlatans out there who are rioting and burning things to come to my house because they don’t like Trump.”

“It’s a shame,” he said, that the country is so divided that “it doesn’t matter what [Trump] it does, it will always be wrong. “Although, he noted, he distinguishes between the president’s personal liking and liking his policies. 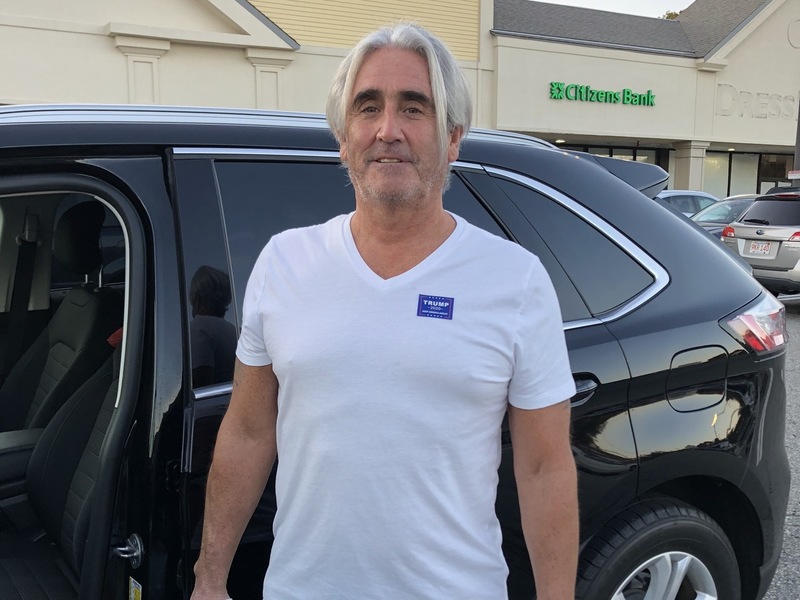 Kevin Mac, a retired corrections officer and Trump supporter, says Americans should socially distance themselves and wear masks, at least while inside, but rejects criticism that the president is dangerously threatening the risk of COVID-19. 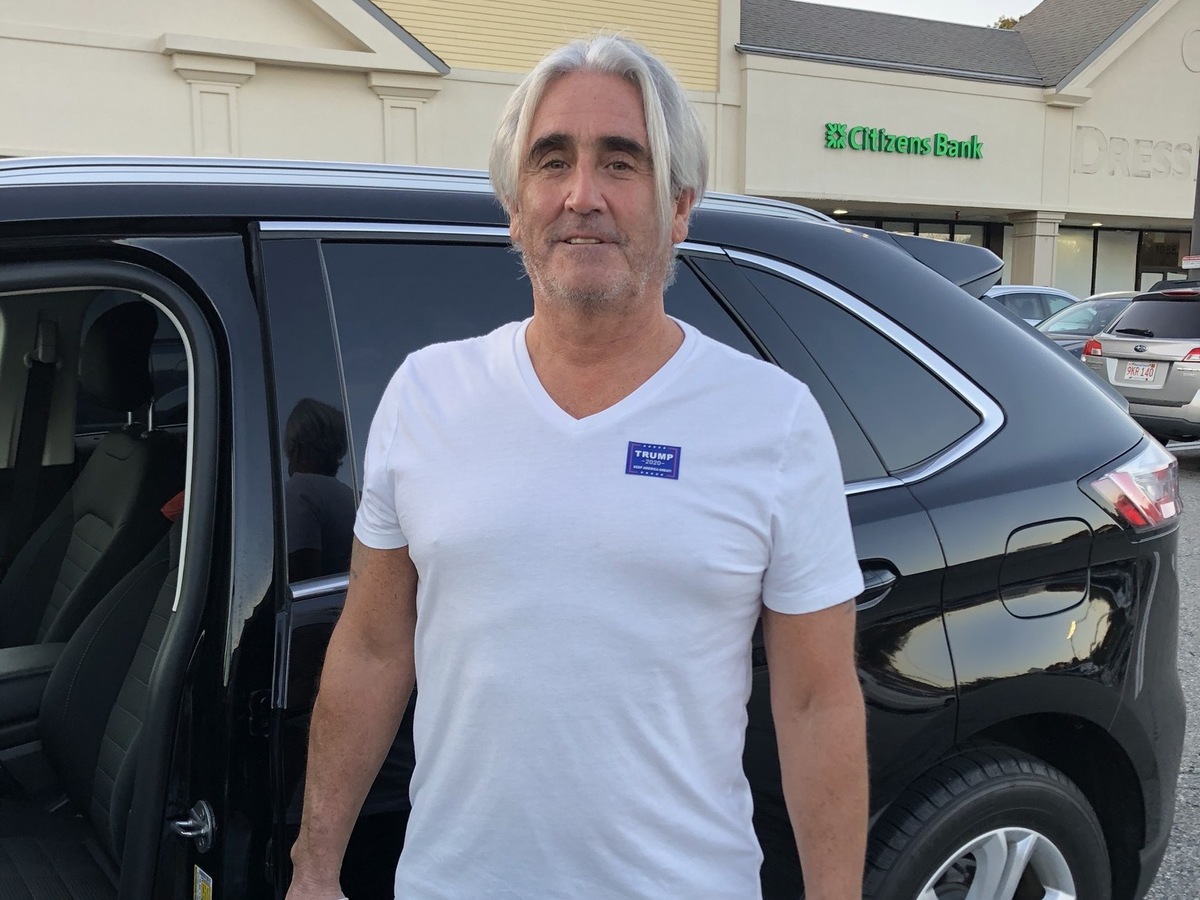 Kevin Mac, a retired corrections officer and Trump supporter, says Americans should socially distance themselves and wear masks, at least while inside, but rejects criticism that the president is dangerously threatening the risk of COVID-19.

Another constituent, Kevin Mac, a former corrections officer and former Democrat, said he too sometimes gets mad at the things the president says or tweets, but chooses to look the other way and instead focus on what he sees. such as the president’s strong leadership on economics and trade.

“You know, the president spits stuff out. I’m not saying it’s fair,” Mac said. “But you know what? I don’t want there to be no cupcakes [the White House.] You have to take care of your country. We can’t be, you know, fooled. “

Polls, however, suggest fewer voters might see it this way. How Trump handles his illness and the broader pandemic seems to be eroding public confidence in him, leaving more voters wondering if they have been duped by their president..