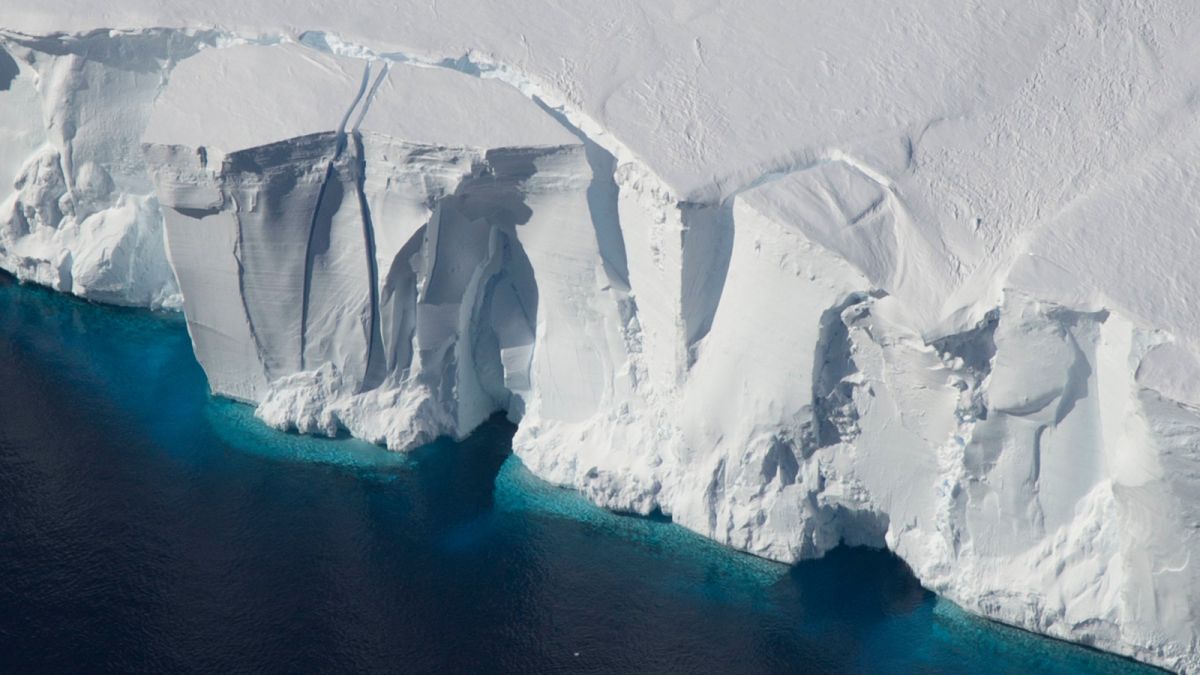 If humans continue to emit greenhouse gases at the current rate, global sea levels could rise by more than 15 inches (38 centimeters) by 2100, scientists have found in a new study.

Greenhouse gases emitted by human activity, such as carbon dioxide, contribute significantly to climate change and warming temperatures on planet Earth, studies continue to show. As things warm up, the ice sheets in Greenland and Antarctica are melting. A new study by an international team of more than 60 ice, ocean and atmosphere scientists estimates how much these melting ice sheets will contribute to global sea level.

“One of the biggest uncertainties when it comes to how much sea level will rise in the future is how much the ice sheets will contribute,” project leader and ice scientist Sophie Nowicki, now at the University of Buffalo and formerly at NASA’s Goddard Space Flight Center in Maryland, he said in a statement. “And the contribution of the ice caps really depends on what the climate does.”

The results of this study show that if human greenhouse gas emissions continue at the rate they currently are, the melting ice sheets of Greenland and Antarctica will contribute more than 28 centimeters to global sea level. This new study is part of the Ice Sheet Model Intercomparison (ISMIP6) project, led by NASA Goddard.

They found that, with high emissions (as we now see) extending throughout this period of time, the melting of the Greenland ice sheet will contribute about 3.5 inches (9 cm) to global sea level rise. With lower emissions, they estimate that number to be around 1.3 inches (3 cm).

The loss of the ice sheet in Antarctica is a little more difficult to predict, because, while ice shelves will continue to erode on the western side of the continent, East Antarctica may actually gain mass as temperatures rise due to the increased snowfall. Because of this, the team found a wider range of possible ice sheet leaks here.

The team determined that the loss of the Antarctic ice sheet could raise sea levels by up to 12 inches (30 cm), with West Antarctica causing up to 7.1 inches (18 cm) of sea level rise. by 2100 with the highest expected emissions.

However, to be clear: these global sea level rises are only predictions for the years 2015 to 2100, so they do not take into account the significant loss of ice sheets that has already occurred between the pre-industrial era and the present day.

“The Amundsen Sea region in West Antarctica and Wilkes Land in East Antarctica are the two regions most sensitive to warming ocean temperatures and changing currents, and will continue to lose large amounts of ice,” Helene Seroussi, scientist of ice at NASA’s Jet Propulsion Laboratory in Southern California, which led the modeling of the Antarctic ice sheet in the ISMIP6 project, he said in the same statement.

“With these new results, we can focus our efforts in the right direction and know what we need to work on to continue improving projections,” said Seroussi.

These findings are in line with estimates made by the Intergovernmental Panel on Climate Change (IPCC), whose 2019 Oceans and Cryosphere Special Report showed that melting ice caps would contribute about a third of global sea level rise.

The findings from this new work will help inform the next IPCC report, the sixth overall, which is expected to be released in 2022, according to the same statement.

“The strength of ISMIP6 was to bring together most of the ice sheet modeling groups around the world, and then connect with other ocean and atmospheric modeling communities as well, to better understand what could happen to the ice sheets,” Heiko Goelzer , a scientist from Utrecht University in the Netherlands who is now at NORCE Norwegian Research Center in Norway, said in the same statement.

“It took over six years of seminars and teleconferences with scientists from around the world working on the ice sheet, the atmosphere and ocean modeling to build a community that could improve our sea level rise projections. “added Nowicki, who led the Greenland ISMIP6 ice sheet project. “The reason it worked is because the polar community is small and we are all very keen to solve this future sea level problem. We need to know these numbers.”

This work was released on September 17 in a special issue of The Cryosphere magazine.