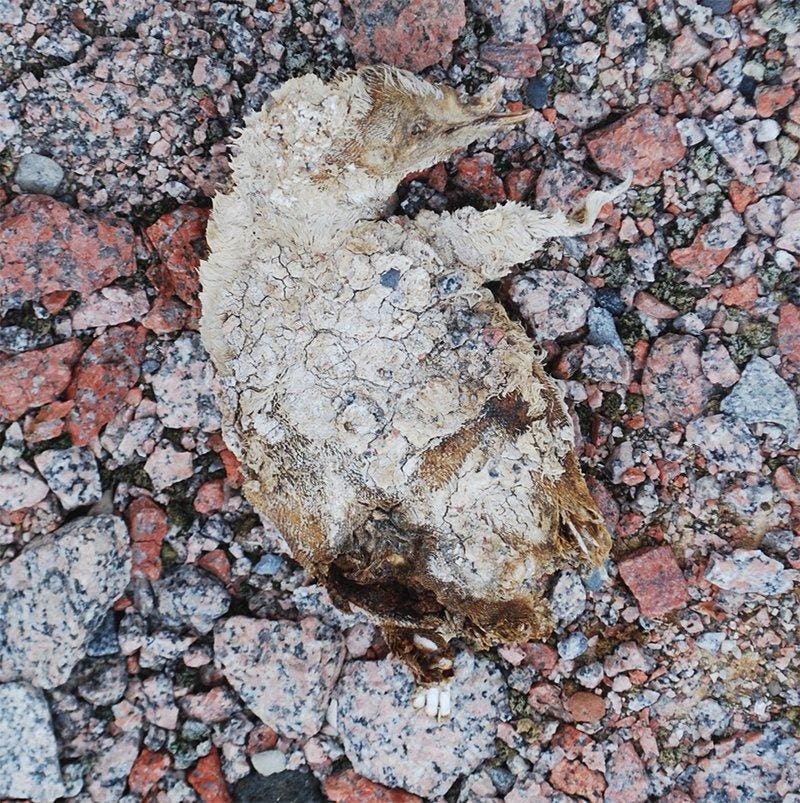 6, ornithologist Steven Emslie was studying penguin colonies along the shores of the Ross Sea in Antarctica when he heard of pebble mounds associated with guano deposits at Cape Irizar, a rocky outcrop surrounded by water and ice.

Guano forms when the corrosive poop of generations of nesting birds reacts with rocks and soil. But no active colonies have ever been recorded at the site, not even by the first Antarctic explorers who sighted and named the headland in 1901.

Visiting the site, Emslie came across what initially looked like a fresh penguin carcass resting on older remains, including bones, feathers, and eggshell. Subsequent sampling and carbon dating placed the carcass at a minimum of 800-1,100 years, with some of the oldest remains found at the site dating from 1,375-2,340 and 2,750-5,145 years ago. The pebble mounds were nests, suggesting that the site was a former penguin colony.

The variable age implies at least three periods of occupation and abandonment of this site, according to the article published in the journal Geology.

The Southern Ocean surrounding Antarctica is home to nearly one million breeding pairs of Adélie penguins (Pygoscelis adeliae) every year. There is also a well-preserved record of abandoned penguin colonies on the continent dating back to before the last glacial maximum some 45,000 years ago.

Since penguins need pebbles for their nests, they will visit ice-free places during the breeding season. Emslie speculates that the penguins fled the newly discovered colony during the onset of the Little Ice Age, a cooling period between 1300 and 1850, which covered the former ice-free area with snow and ice. With the average annual temperature of this part of the continent increasing today to between 1.5 and 2 degrees Celsius since the 1980s, the resulting melting of snow exposes the remains and begins decomposition.