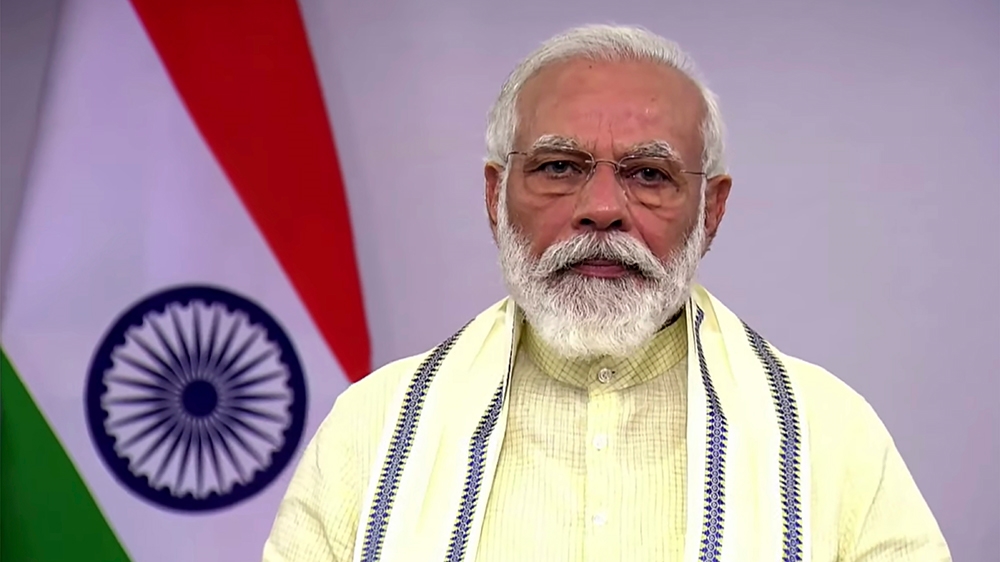 The prime minister says India is moving forward with the third stage process before mass production as the country’s cases increase deaths.

Indian Prime Minister Narendra Modi has promised the United Nations that his country’s vaccine production capacity will be made available globally to combat the coronavirus crisis.

“As the largest vaccine producing country in the world, I want to give the global community an extra assurance today,” Modi said in a pre-recorded speech to the UN General Assembly.

“India’s vaccine production and delivery capacity will be used to help all of humanity fight this crisis.”

Modi is committed even as India is struggling to contain the spread of the virus, which has already infected 5.9 million Indians and left more than 93,000 deaths nationwide, the third highest death toll in the world.

Modi said India is moving forward with phase three clinical trials – the large-scale studies considered the gold standard for determining safety and efficacy – and would help all countries improve the cold chain and storage capacities for vaccine delivery.

Modi said in August that India was ready to mass-produce COVID-19 vaccines when scientists gave the green light.

UN Secretary-General Antonio Guterres pushed for a “popular vaccine” to be available and accessible everywhere and on Tuesday expressed concern that some countries were “making side deals exclusively for their own populations.”

“Such ‘vaccination’ is not only unfair, it is counterproductive. None of us are safe until we are all safe. Everyone knows,” Guterres told the General Assembly.

Australian Prime Minister Scott Morrison told the General Assembly on Friday: “Anyone who finds the vaccine must share it.”

“Some may see a short-term advantage, or even profit,” Morrison said. “But I assure you to anyone who thinks this way, humanity will have a very long memory and will be a very, very severe judge.

“Australia’s promise is clear: if we find the vaccine we will share it. This is the commitment we all have to make,” Morrison said.

Pope Francis told the United Nations on Friday that poor and weaker members of society should be given preferential treatment when a coronavirus vaccine is ready.