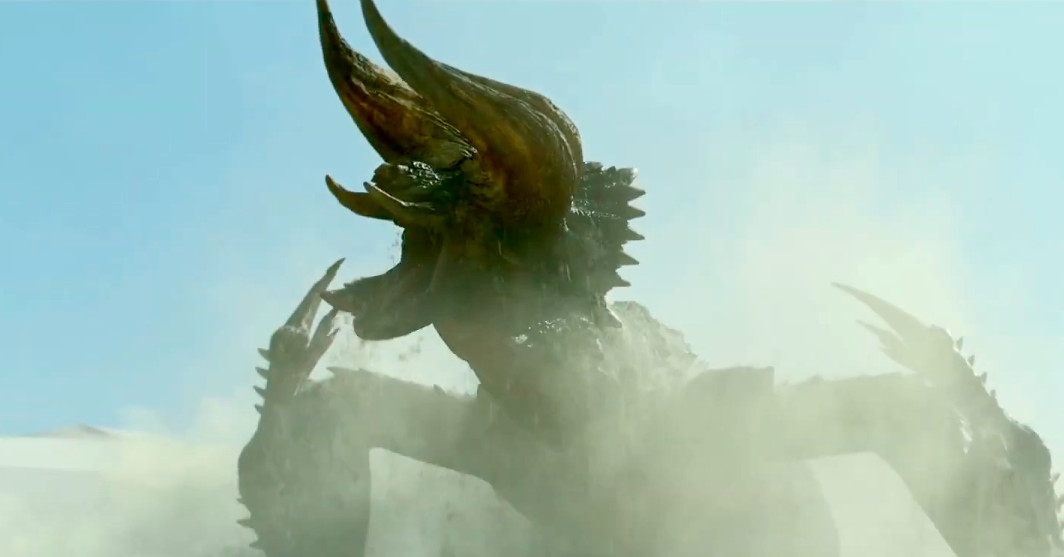 One of the big questions Monster Hunter fans have about director Paul W.S. Anderson’s take on the franchise is pretty simple: what do his monsters look like?

On Saturday we finally got a taste of Anderson’s interpretation, thanks to a clip posted at Comic Con Russia. In the brief look at the film, star Milla Jovovich, who plays a character named Lt. Artemis, comes face to face with a Black Diablos.

The Black Diablos are quite gnarled monsters and can often be one of the most memorable fights in the series. In the Monster Hunter games she has appeared in (yes, apparently all black Diablo are female Diablo and their color changes while in heat), the Black Diablo can shop in the sand and ambush her opponents with giant horns or a flick of the tail. Here is some gameplay from Monster Hunter: World for comparison.

After returning in April, Monster hunter is now officially hitting theaters in December, according to the teaser. Be sure to tune in to Polygon’s coverage of New York Comic Con next week, where we’ll be holding a new exclusive 1: 1 interview with Anderson along with another preview.