‘Mr. Game 7 ‘Justin Williams retires after 19 seasons in the NHL 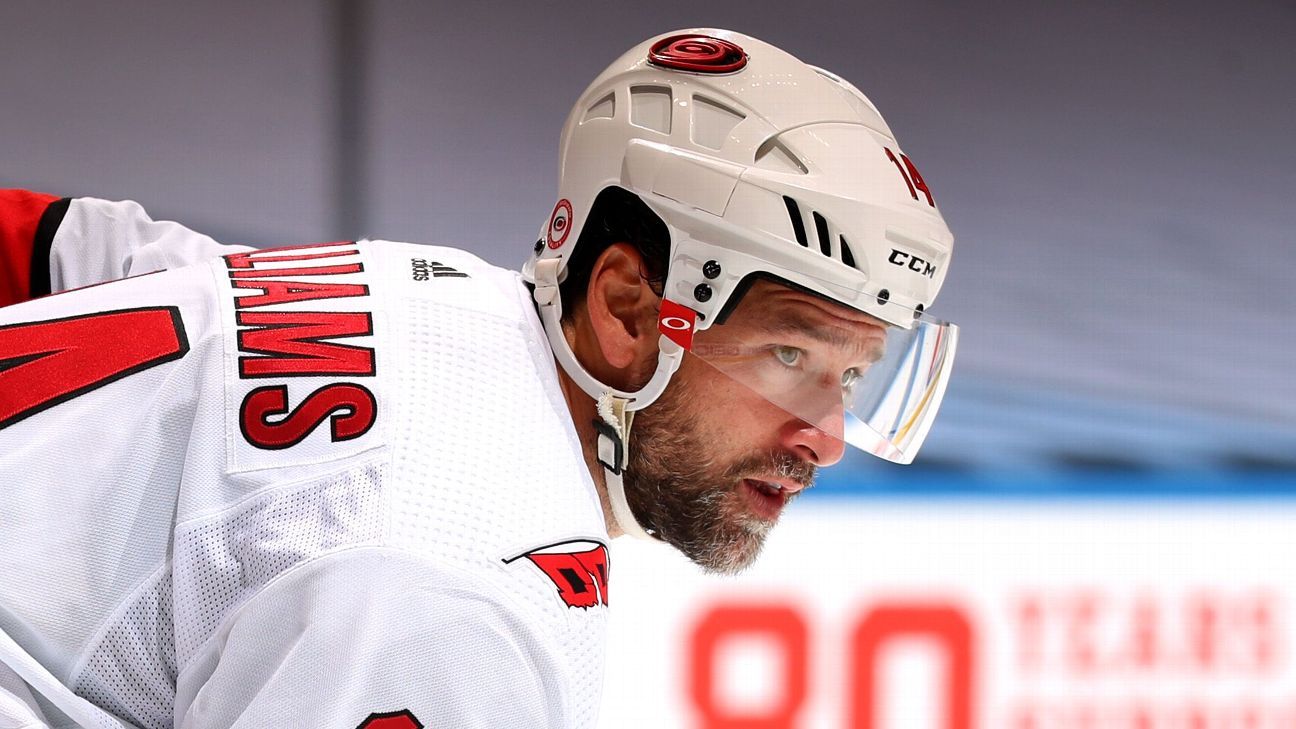 “Since I first entered the league the day after my 19th birthday in 2000, this game has brought me so much that I will never be able to pay it back,” Williams said in a statement. “The countless experiences, relationships, lessons and difficulties will stay with me forever as I move on to the next stage in my life. I have never taken for granted the privilege of being able to play a game for a living, and this is probably why I am I’ve been able to play it professionally for as long as I have. “

Williams, 39, appeared in 20 games with the Hurricanes last season after joining the team as a free agent in January. He had one goal in seven post-season games. The winger scored 797 points, including 320 goals, in 1,264 NHL regular-season games.

As a playoff performer, Williams earned the nickname “Mr. Game 7” for recording seven goals and eight assists in nine career Game 7s. His 15 points in Game 7 are the most for any player in NHL history and his teams went 8-1 in those games.

Williams is one of nine players in NHL history to score 100 goals and win the Stanley Cup with two different franchises. He was selected 28th overall in the 2000 NHL Draft by the Philadelphia Flyers, before being traded to the Carolina Hurricanes in 2004 for the first of two stints with the team. He was a key member of their 2006 Stanley Cup championship team.

In 2009, Carolina handed Williams over to the Los Angeles Kings, where she would play seven years and win two more Stanley Cups, earning the Conn Smythe Trophy in 2014 as playoff MVP. Williams spent two years with the Washington Capitals and then spent the last three seasons with the Hurricanes.

Williams thanked former Carolina owner Peter Karmanos and GM Ron Francis for “agreeing to take me back to the place I now call home and finish my career for the Hurricanes”, and current Hurricanes owner Tom Dundon and the coach Rod Brind’Amour for “their leadership and trust me as a player to bring me back last year for one last run”.

The veteran forward helped create one of the popular traditions in the history of the Hurricanes franchise: the “Storm Surge” celebrations, where players did everything from human bowling to “duck, duck, goose” on the ice after the victories to celebrate with fans. But after two decades of NHL action, it was time to hang up the skates.

“My family has sacrificed a lot for me to be where I am, so I want to thank my mom and dad for being there for me every step of the way. My sister, Nikki, for being my biggest fan since the first. day. wife, Kelly and my kids, Jaxon and Jade, for embracing this journey with me. Life is so much better when you have people you love to share it with, “he said. “Thank you all as I retire from pro hockey.”