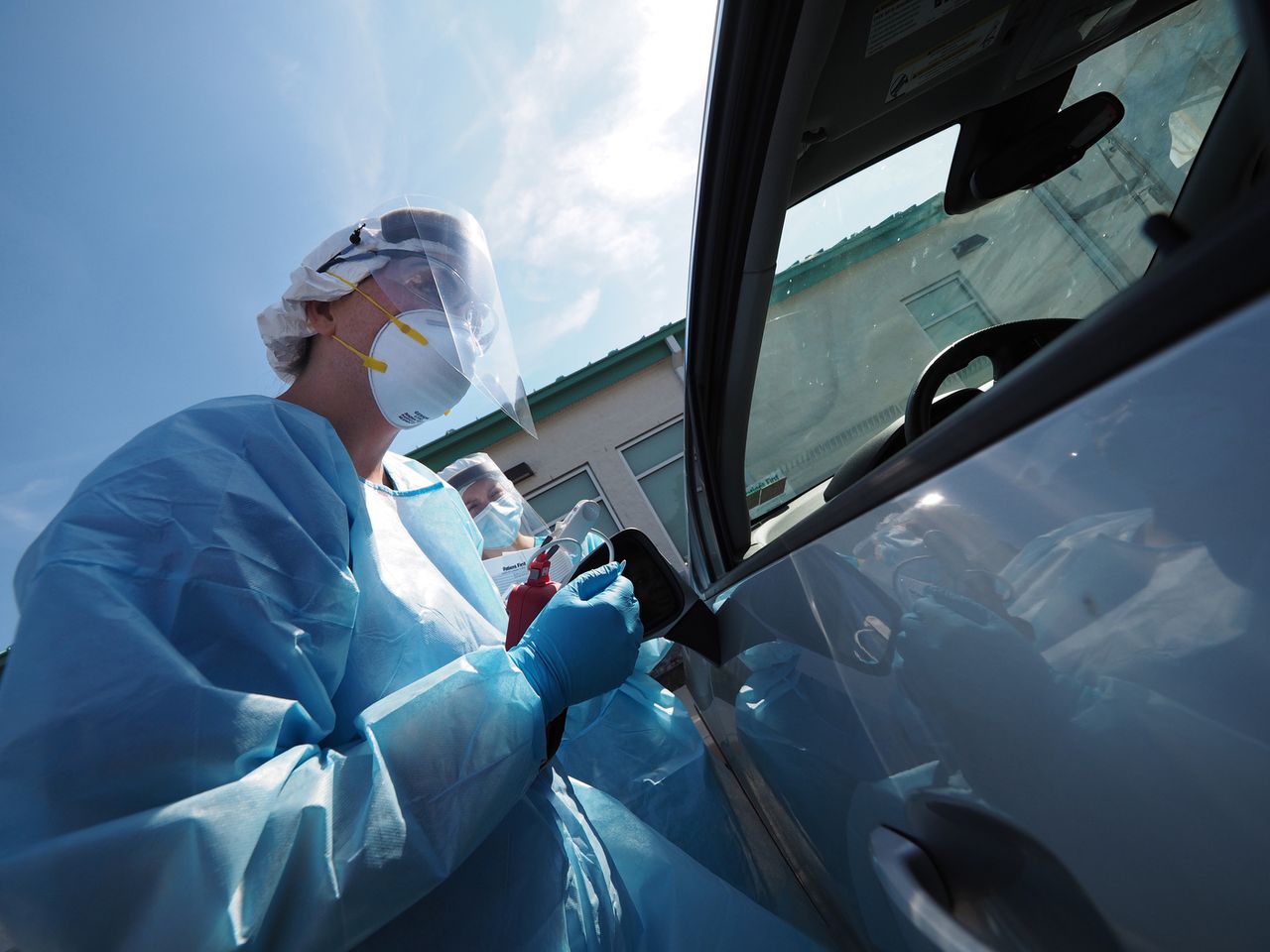 This marks the eighth time in the past nine days New Jersey has announced more than 400 new cases of COVID-19, although new deaths and hospitalizations have been relatively stable in recent weeks.

Of the recently reported deaths, all seven have occurred in the past week, Governor Phil Murphy said during his latest coronavirus briefing in Trenton.

“Even though the number of deaths we report every day continues to be low, we can̵

7;t take any comfort in that,” Murphy said. “Our goal must be to bring them to zero, not three or five, but zero.”

New Jersey, one of the first coronavirus hotspots, has reported 200,988 cases of COVID-19 out of more than 3.42 million tests administered in the more than six months since the outbreak began in early March. This is the eighth largest number of cases among US states.

The total of cases on Wednesday reflects the removal of 53 positive tests that were reported on Monday and Tuesday but have since been determined as out-of-state residents or duplicates, Murphy said.

The state of 9 million people reported 16,082 deaths related to the virus – 14,291 laboratory confirmed and 1,791 considered probable. This is the second largest in the United States after New York. New Jersey has the nation’s highest COVID-19 death rate for every 100,000 residents.

More than 34,600 residents have recovered from the disease, according to Johns Hopkins University, although this number is likely much higher.

New Jersey has seen its daily numbers drop significantly since April, when officials regularly announced hundreds of new deaths and thousands of new cases a day. New deaths have dropped below 10 and new cases have been between 300 and 600 in the past few weeks.

Officials said the increases are likely due to large testing capacity and some spread of the virus in the community. They also warned of the increase in cases among younger residents and noted spikes in individual counties, such as Ocean and Gloucester, in recent days.

Murphy on Wednesday asked residents to continue wearing face masks, practice social distancing, and wash their hands frequently. He also warned that he does not want to follow in the footsteps of the UK, which announced this week that it is launching a new round of restrictions due to an increase in cases.

“I desperately hope we don’t have to do it here,” the governor said. “And the more we stick to our new routines, the better our chances of keeping our numbers down and down, and we keep moving forward.”

New Jersey’s latest airtime rate is 1.15, up from 1.13 reported Tuesday – and the highest rate since it hit 1.15 on Aug.7. The rate has been above 1 since September 4 and has increased incrementally since last week.

Any number above 1 means that every newly infected person, on average, is spreading the virus to at least one other person. Any number less than 1 indicates that the virus is decreasing.

The state’s latest positivity rate – the percentage of residents who test positive in a single day – was 1.93% on Saturday, the date with the most recent data available. This means that around 98% of those who were tested that day were negative.

There were 459 patients with confirmed or suspected COVID-19 cases in 71 New Jersey hospitals on Tuesday night. That’s 42 more than the night before.

There were 32 coronavirus patients discharged on Tuesday, according to the state’s coronavirus monitoring website.

COVID-19 hospitalizations in New Jersey have dropped dramatically from the state’s peak in mid-April, when there were more than 8,000 patients.

There are 346 other positive cases that remain under investigation, with the patients’ counties of origin unconfirmed.

At least 7,149 of the COVID-19 deaths in the state were of residents and staff members at nursing homes and other long-term care facilities.

New Jersey has allowed some businesses listed in phase 3 of its recovery plan to reopen with restrictions, including indoor gyms, cinemas and restaurants. Murphy warned it could tighten the guidelines if there are sustained hikes or if businesses and patrons don’t follow the rules.

The virus had a severe impact on the state’s economy. More than 1.56 million residents have filed for unemployment, businesses have lost incalculable revenues and numerous businesses have been permanently closed.

As of Wednesday afternoon, there have been more than 31.71 million positive COVID-19 tests worldwide, according to a current tally from Johns Hopkins University. More than 972,800 people have died, while more than 21.79 million people have recovered.

The United States has the most positive tests in the world, with more than 6.91 million, and the largest number of deaths, more than 201,200.

Our journalism needs your support. Please sign up today at NJ.com

Aerosol transmission of Covid-19: A room, a bar and a classroom: how the coronavirus spreads in the air | Society

With the rise of coronavirus patients in hospitals, Spectrum Health is back to visitor limits