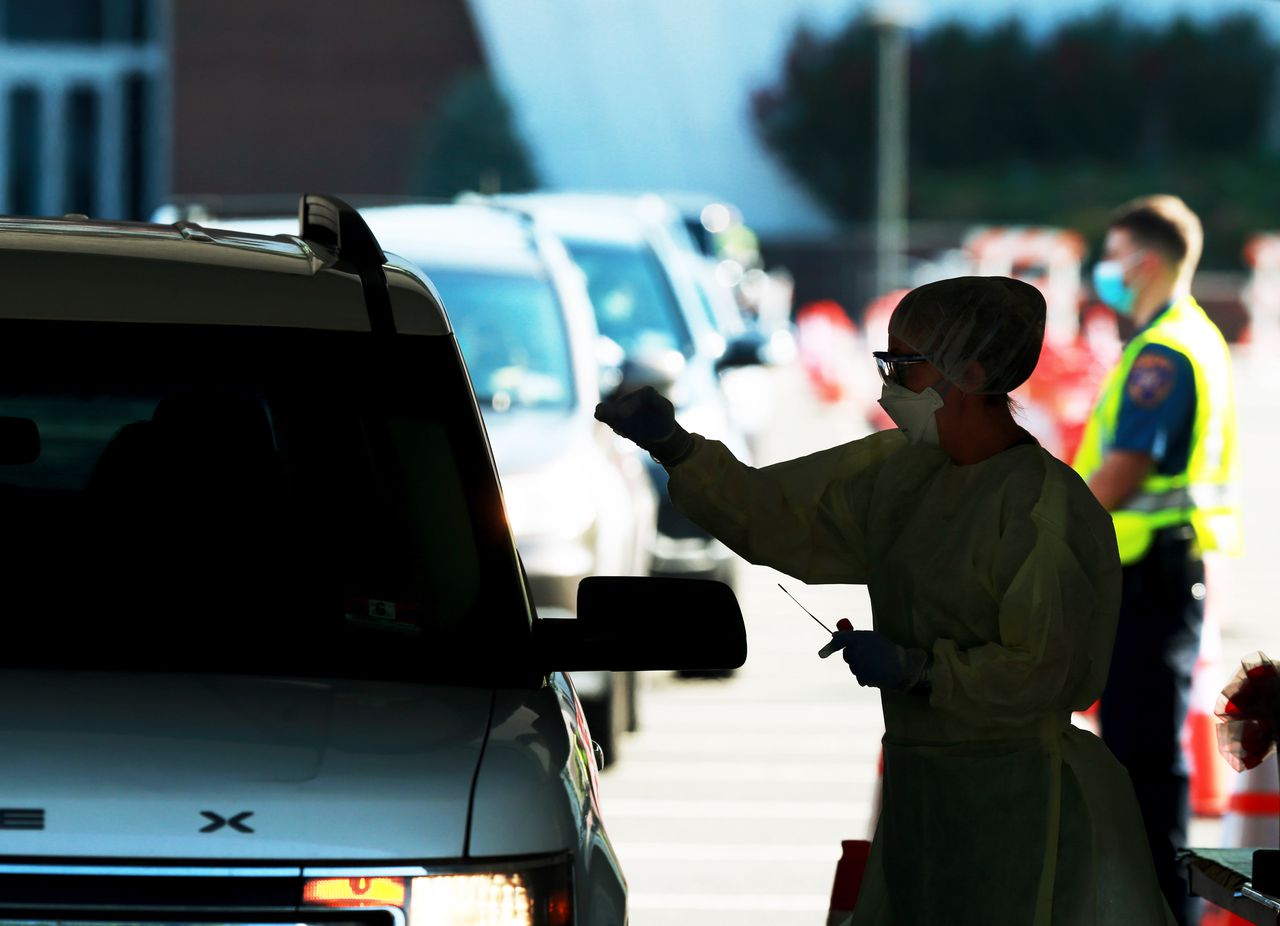 New Jersey reported an additional 663 coronavirus cases and five additional deaths on Thursday as the statewide transmission rate rose again, to 1.16, the highest in nearly two months and above the key benchmark of 1. indicating that the epidemic here is growing.

Admissions also exceeded 500 patients for the first time since the beginning of September.

7;s transmission rate has been above 1 since Sept. 4, and hit 1.15 on Wednesday after standing at that mark for three days last week. The rate reported on Thursday is the highest since August 6.

Any number above 1 means that every newly infected person, on average, is spreading the virus to at least one other person. Any number less than 1 indicates that the virus is decreasing.

“COVID is still with us,” Governor Phil Murphy said during a virtual town hall on Wednesday. “We’re much better off than before. But we’ve got some hot spots. … We’re still trying to save every life we ​​can.”

New Jersey has reported a total of 205,889 cases of COVID-19 out of more than 3.6 million tests administered in the seven months since the outbreak began in early March.

The state of 9 million people reported 16,127 deaths related to the virus during that period – 14,340 laboratory confirmed and 1,787 considered likely. New Jersey’s death toll is the second highest in the United States after New York. The state has the nation’s highest COVID-19 death rate for every 100,000 residents.

Ocean County had headed the state for the most recent cases for 15 consecutive days starting Wednesday. But on Thursday, the county recorded the fourth number of new cases after Middlesex, Monmouth and Bergen counties.

The statewide daily positivity rate – the percentage of tests that came back positive in one day – on Sunday was 5.28 percent. The last time the figure was this high was at the end of May.

Of the 663 additional cases reported on Thursday, 26 are from Lakewood, the department said.

Murphy has been cautiously easing restrictions on coronavirus for months in recent months as New Jersey numbers have improved dramatically since the peak in April, when officials regularly announced hundreds of new deaths and thousands of new cases a day.

Despite a recent surge in daily cases and the threat of a second wave in the fall and winter, the governor said on Wednesday that he doesn’t expect to have to shut down the state again in the widespread way he did in March.

“I’m sure I hope not and I don’t foresee it,” Murphy said during his town hall. “I will be deeply saddened and say shocked if we have to close the whole place again. I just don’t see it. “

Wednesday night there were 523 patients in 71 New Jersey hospitals with confirmed or suspected cases of COVID-19. That’s 44 more than the night before.

Admissions include 96 patients in intensive or critical care (12 fewer than the day before), including 39 on ventilation (the same number the day before).

There were 35 coronavirus patients discharged on Monday, according to the state’s coronavirus monitoring website.

State health commissioner Judith Persichilli warned Wednesday that the state has seen “a slight increase” in hospitalizations over the past 14 days.

At least 7,160 of the COVID-19 deaths in the state were of residents and staff members at nursing homes and other long-term care facilities.

The United States has the most positive tests in the world, with over 7.2 million, and the largest number of deaths, with more than 206,900.

Our journalism needs your support. Please sign up today at NJ.com

Matt Arco can be reached at marco@njadvancemedia.com.

Coronavirus hospitalized patients who take aspirin every day have a lower risk of death, according to the study