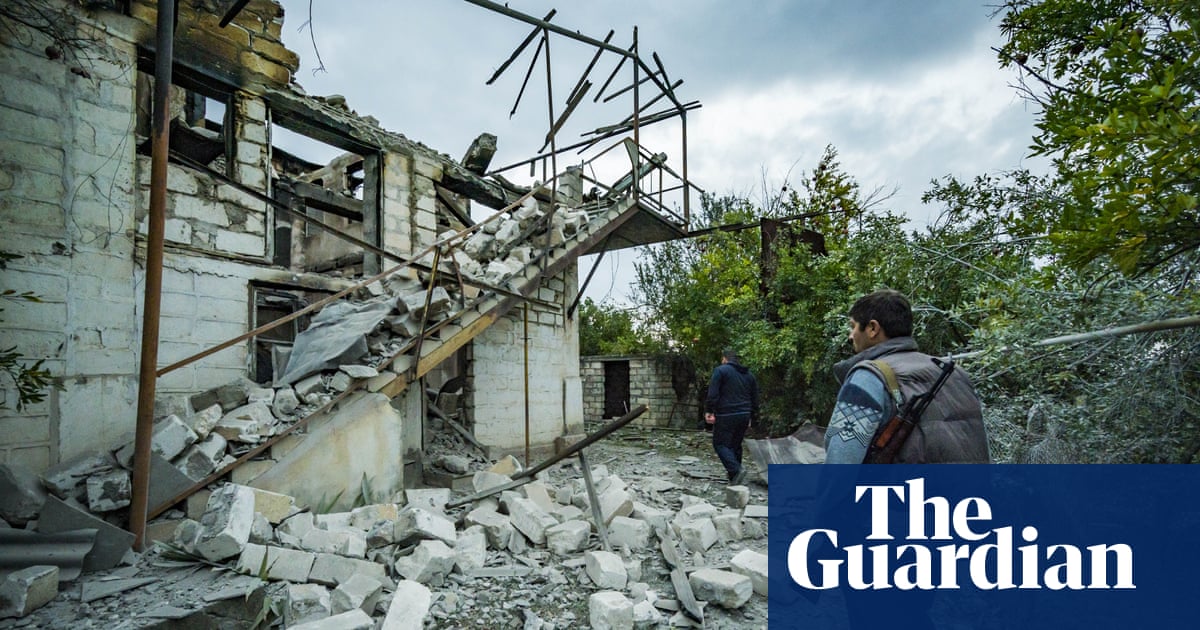 Armenia and Azerbaijan have agreed on a ceasefire starting Saturday for the exchange of prisoners and the bodies of those killed in the conflict between Azerbaijani and Armenian forces in the Nagorno-Karabakh region, the minister said. foreign Russian Sergei Lavrov.

The talks between the two sides were held in Moscow and were the first diplomatic contact between enemies since fighting for the separatist enclave broke out on September 27, killing hundreds of people. The ceasefire begins at 1

Lavrov, who mediated the negotiations in Moscow, announced a ceasefire after 10 hours of talks with his Armenian and Azerbaijani counterparts. He also said that Armenia and Azerbaijan have agreed to start talks on the resolution of the conflict.

During the ceasefire – brokered by the International Committee of the Red Cross – the parties will exchange bodies and prisoners, Lavrov said, reading a statement.

“The concrete parameters of the ceasefire will be agreed separately,” the statement said.

The top Russian diplomat also said that Armenia and Azerbaijan have decided to start looking for a lasting solution to the territorial dispute.

“Azerbaijan and Armenia begin substantial negotiations with the aim of reaching a peaceful solution as soon as possible,” Lavrov told reporters, adding that these talks will be mediated by the Organization for Security and Cooperation in Europe (OSCE) of the international group of Minsk negotiators.

Armenian Foreign Minister Zohrab Mnatsakanyan and his Azerbaijani counterpart, Jeyhun Bayramov, did not speak to reporters.

The mountainous enclave belongs to Azerbaijan under international law but broke away in a war when the Soviet Union collapsed and is populated and ruled by ethnic Armenians.

The resumption of fighting in the decade-long conflict has raised fears of a broader war that would attract Turkey, a close ally of Azerbaijan, and Russia, which has a defense pact with Armenia.

The clashes have also increased concern over the safety of pipelines carrying Azerbaijani oil and gas to Europe.

The fighting was the worst since a 1991-94 war that killed some 30,000 people and resulted in a ceasefire that was violated repeatedly. Both sides accused each other of targeting residential areas and civilian infrastructure.

Azerbaijan said on Friday that 31 Azerbaijani civilians had been killed and 168 wounded since September 27. He did not disclose information on military casualties.

Nagorno-Karabakh said 376 of its military and 22 civilians have been killed since the conflict began.

Stepanakert, the capital of Nagorno-Karabakh, had been the subject of intense bombing. Residents stayed in shelters, some of them in the basements of apartment buildings.

Armenian officials said Turkey was involved in the conflict and is sending Syrian mercenaries to fight on the side of Azerbaijan. Turkey publicly supported Azerbaijan in the conflict but denied sending fighters to the region.

Turkey said on Friday that efforts by France, the United States and Russia to end violence between Azerbaijani and Armenian forces over Nagorno-Karabakh were doomed to fail unless they guaranteed the withdrawal of Armenian forces from the enclave.