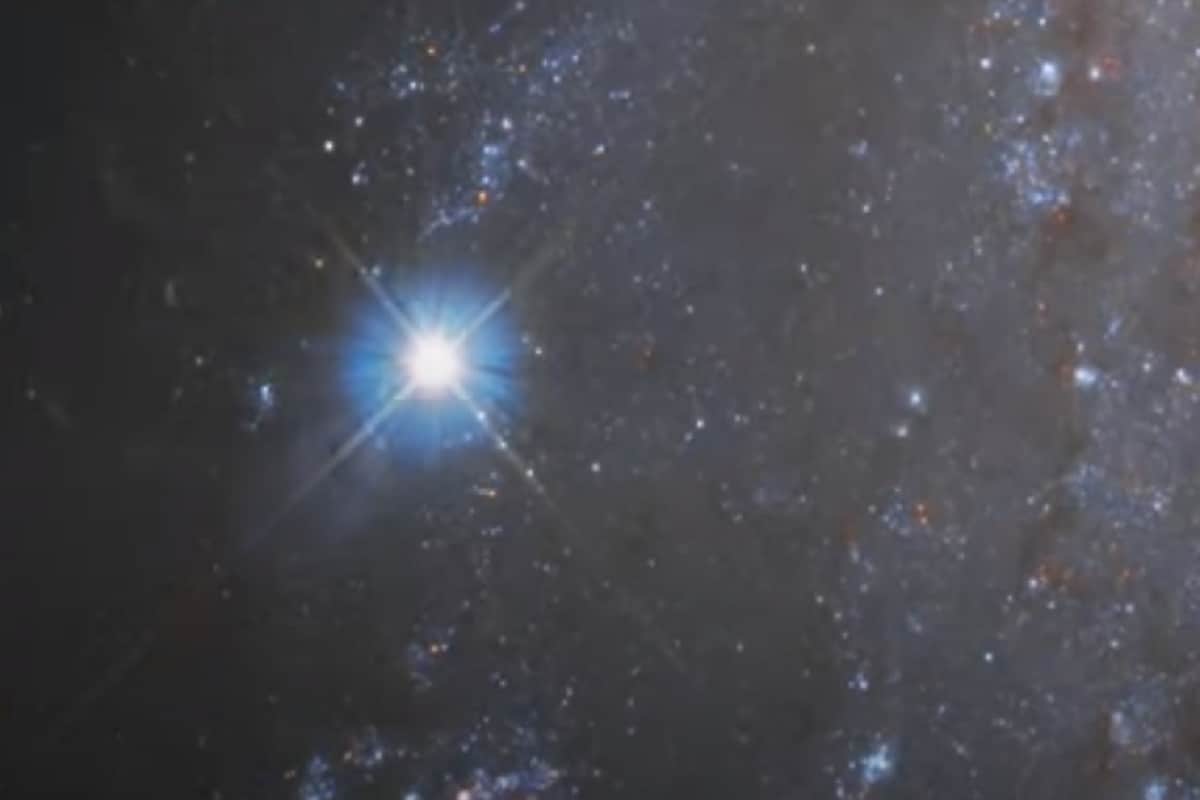 US space agency NASA shared a mesmerizing timelapse video of an exploding star that was captured through the lens of its Hubble telescope. The video shows the star exploding and disappearing into thin air in seconds.

The video shows a series of photographs taken of the star over a year or more, and you can see the star shining brighter around every other celestial body around. Eventually it appears as a small dot and vanishes into thin air.

“This video zooms in on the barred spiral galaxy NGC 2525, located 70 million light years away in the southern constellation of Puppis. About half the diameter of our Milky Way, was discovered by the British astronomer William Herschel in 1

791 as a” nebula. spiral, “reads the description of the video shared by NASA.

This exploding star has been called a “Type Ia” supernova, which means it was the result of a white dwarf collecting large amounts of material from a nearby star. A white dwarf is a small dense star that is reaching the end of its life cycle. A supernova, for the uninitiated, is a powerful and bright stellar explosion that occurs during the last evolutionary stages of a massive star.

The Hubble telescope had discovered the supernova, which is 70 million light years away in 2018. Its brightness is 5 billion times that of the Sun.

Astronomers have called the sighting special because most supernovae occur billions of light years away, and astronomical events that happen at such great distances are usually very difficult to capture even through very advanced telescopes. To understand the enormity of the event, we can say that even though this happened 70 million light years ago, the explosion process began to occur when humans didn’t even walk the earth!

Some of the comments below the video were just as interesting. Some said the event started when the dinosaurs were still walking the earth, while some wished the space agency had been able to get the explosion started.

The star comes from the galaxy NGC 2525, which is about half the diameter of the Milky Way.

Astronomers usually use a supernova to measure the expansion rate of the universe. The supernova functions as an indicator for measuring distances because astronomers calculate the distance of the galaxy that hosts it with its brightness.