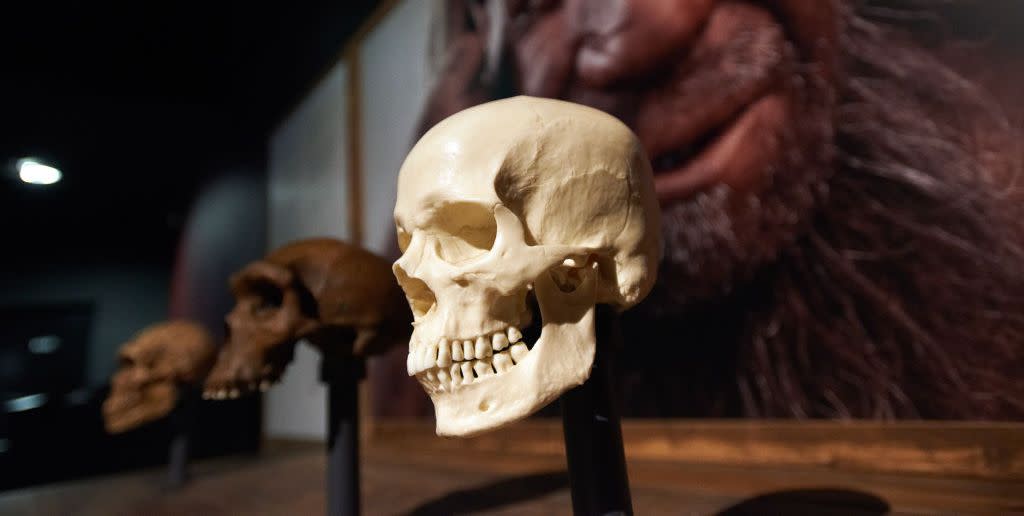 If you have low pain tolerance, new research suggests that you should blame our Neanderthal cousins.

According to joint research by the Max Planck Institute for Evolutionary Anthropology in Germany and the Swedish Karolinska Institutet, “people who inherited a special ion channel from the Neanderthals experience more pain.”

In their article, the researchers describe Nav1.7, a sodium channel “crucial for the generation and conduction of impulses in the peripheral pain pathways”, which has shown reduced inactivation in Neanderthals. The researchers inferred that due to this lowered level of activation, the Neanderthals experienced greater sensitivity to pain than modern humans.

The researchers also found that through the genes passed down, “0.4 percent of today’s Brits” are carriers of Neanderthal amino acid substitutions.

In addition, the researchers also analyzed the SCN9A gene which acts as a guide for the production of sodium channels and encodes the Nav1.7 protein. In their paper, the researchers share that humans suffering from “SCN9A loss of function mutations” tend to develop “insensitivity to pain” and anosmia (a sense of smell lost) while “gain-of-function mutations” cause people present with “sensory symptoms and pain, with pain as the dominant symptom”.

“The Neanderthal variant of the ion channel has three differences in amino acids compared to the” modern “common variant,” says a document author and researcher, Hugo Zeberg, in a press release.

And it turns out that age is also a factor in the sensation of pain. Zeberg says that those who wear the Neanderthal variant experience pain as if “they were eight years older”. In order to study the genetic substitutions mentioned above in real time, the researchers synthesized genes that included both the modern human Nav1.7 sodium channel and Neanderthal and transcribed them in vitro before injecting them into the African clawed frog (Xenopus laevis) oocytes (ovarian cells.)

The researchers also used British Biobank data on 198,047 adult females and 164,897 adult males from the UK and found that those who carried the variant ion channel had a lower tolerance for pain.

While convincing, the results are not final. Researchers conclude that although they cannot be absolutely certain that Neanderthals “necessarily suffered more pain than modern humans”, there is a strong reason for this hypothesis that Neanderthal’s peripheral nerve endings were extremely sensitive to stimuli “, as suggested by the observations of the present- heterozygous people for the Neanderthal Nav1.7 variant. “