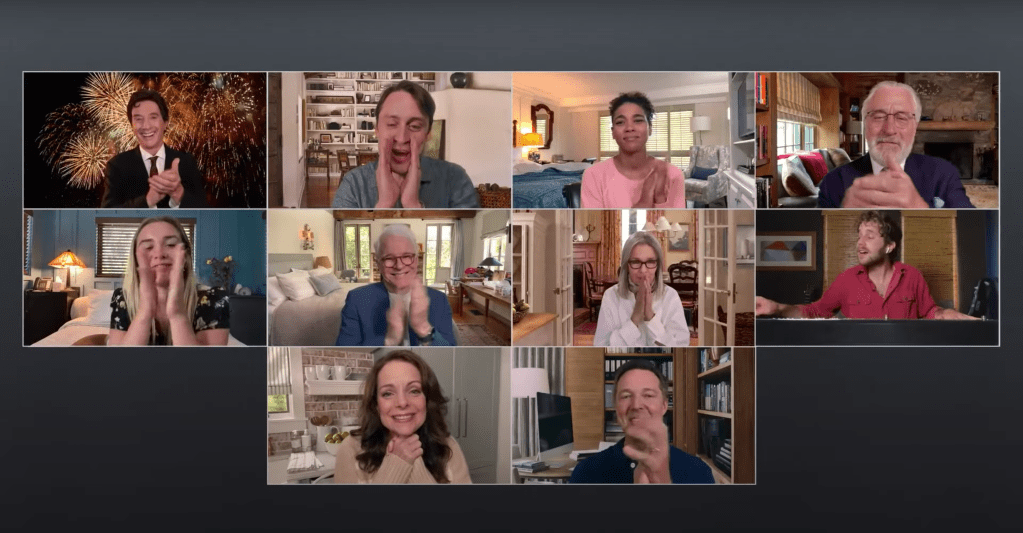 The cast of Father of the Bride they came together for the first time in 25 years on Friday for what they called Father of the bride part 3 (ish).

Introduced by Reese Witherspoon, the “special sequel” saw the Banks family reunite for a Zoom call and a wedding-related announcement.

The performance was available on Netflix̵

Netflix anticipated the meeting several times on Thursday, starting with a tweet of a video that appeared to include an email invitation from Matty (Culkin) to his family for a Zoom meeting. “Something is coming,” the message above the video said.

The meeting was a boon for a non-profit organization called World Central Kitchen which, according to Witherspoon, served over 20 million meals to children, families, seniors and frontline workers during the pandemic. To make a donation, CLICK HERE.