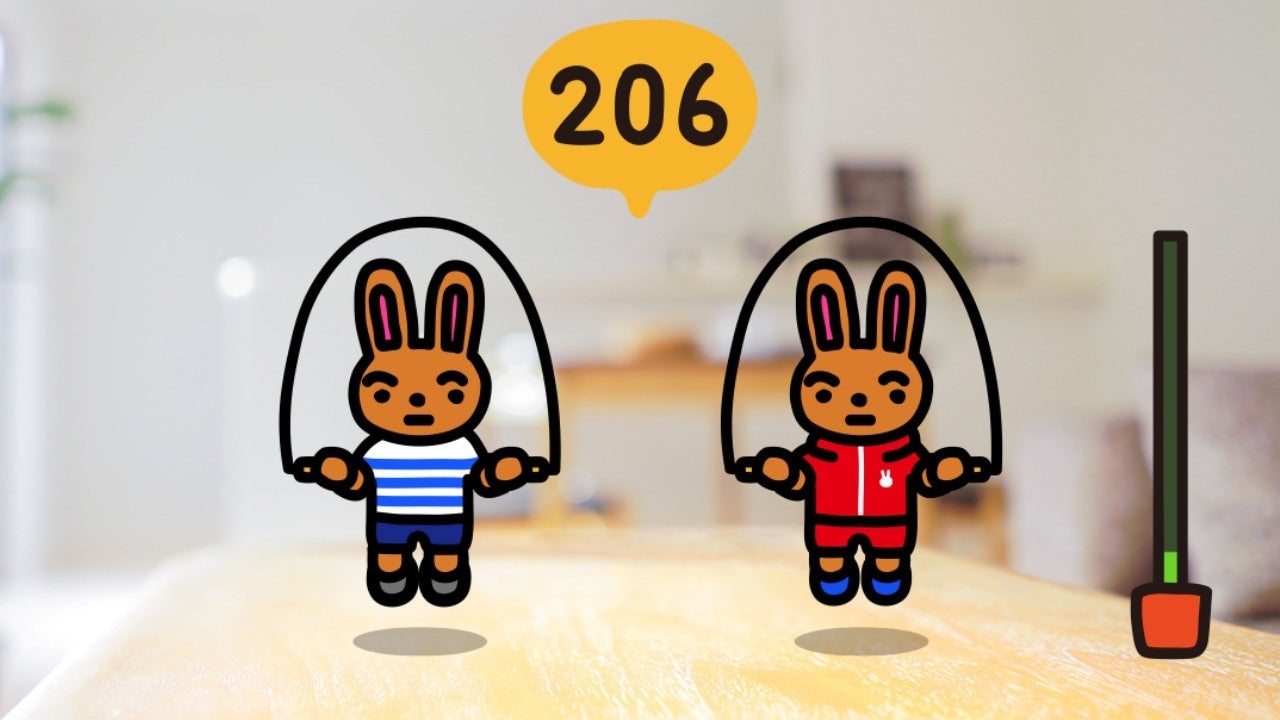 Nintendo has changed course and will not remove the free Jump Rope Challenge download on Switch on September 30, 2020, as originally planned, and has stated that it will remain in the eShop “until further notice”. The news was announced by Nintendo on Twitter alongside it, revealing that players have performed 2.5 billion total jumps since the launch of the Jump Rope Challenge in June 2020.

Jump Rope Challenge has players grabbing their Joy-Con and using them to virtually jump rope and work to get a high score like hopping rabbits. It boasts simple menus and no lengthy tutorials, ensuring players can get in on the fun with few barriers to entry.

This free game was created by a small group of Nintendo developers who were working at home after the COVID-19 pandemic as a way to “add some fast and fun movement into their daily life”.

This decision by Nintendo, while not necessarily a sign of what’s to come, could be a glimmer of hope for other Nintendo games with a planned limited release, including Super Mario 3D All-Stars and Super Mario Bros. 35.

Super Mario 3D All-Stars brings together Super Mario 64, Super Mario Sunshine and Super Mario Galaxy into one collection. It is available now, but Nintendo has said it will have a limited physical and digital version until March 31, 2021. It is not yet clear what will happen to these games next.
Super Mario Bros. 35 is a battle-royale-like competitive version of the original Super Mario Bros. that is also reminiscent of Tetris 99. It will be available on October 1st, but is currently available for download until March 31st 2021.