Nobel Prize in Medicine awarded to scientists who discovered the hepatitis C virus. 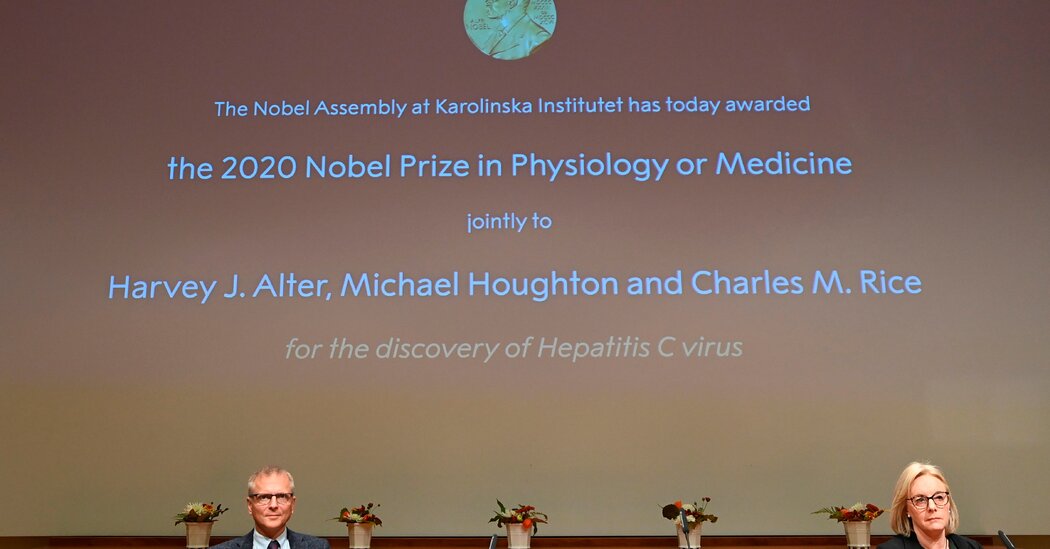 The Nobel Prize in Physiology or Medicine was awarded alongside Dr. Harvey J. Alter, Michael Houghton and Charles M. Rice on Monday for the discovery of the hepatitis C virus, a breakthrough which, according to the Nobel Assembly, it “made possible blood tests and new drugs that have saved millions of lives.”

The Nobel Assembly announced the award at the Karolinska Institute in Stockholm.

“For the first time in history, the disease can now be cured, raising the hope of eradicating the hepatitis C virus from the world̵

7;s population,” the committee said in a statement.

Who are the winners?

Dr. Alter, an American, is a medical researcher for the National Institutes of Health of Maryland.

British-born Dr Houghton is Li Ka Shing Professor of Virology at the University of Alberta, Canada. He is also director of the university’s Li Ka Shing Institute of Applied Virology.

Dr. Rice, born in Sacramento, is a professor at Rockefeller University in New York. From 2001 to 2018 he was Scientific and Executive Director of the University’s Center for the Study of Hepatitis C.