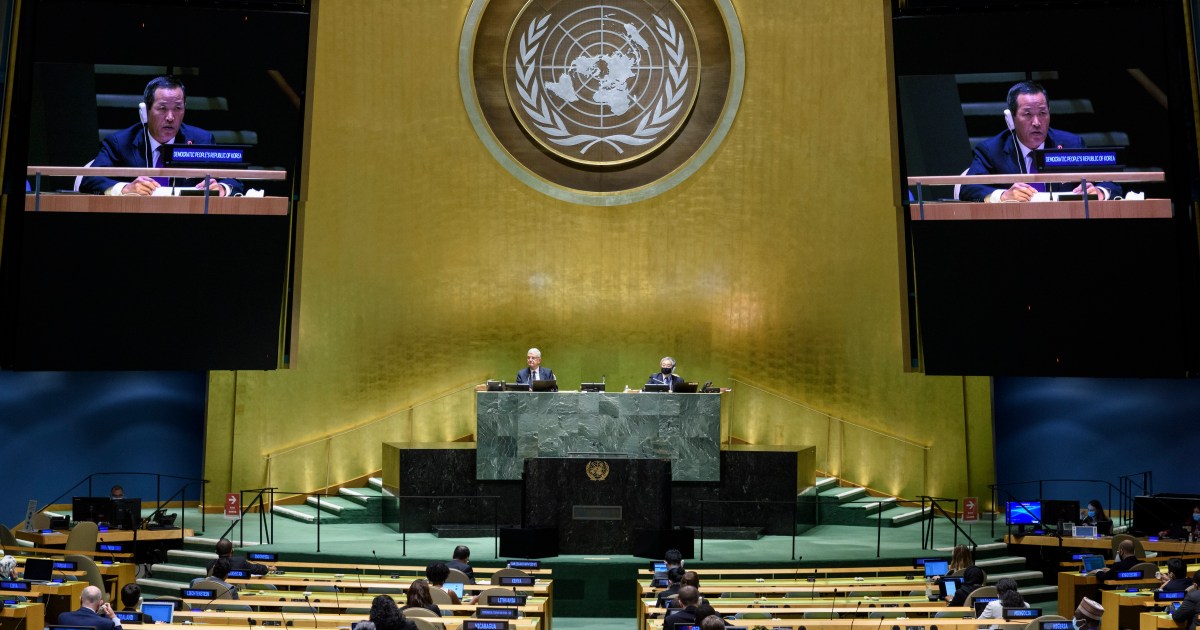 North Korea is fighting over international sanctions imposed on its nuclear and ballistic missile programs.

North Korea has a “reliable and effective war deterrent for self-defense” and is now focusing on developing its sanctioned economy, North Korea’s ambassador to the United Nations Kim Song said Tuesday.

In a speech to the UN General Assembly, Kim said North Korea is still threatened by military hardware such as stealth fighters used on the Korean peninsula and “nuclear attack means of all kinds are directed directly at North Korea.” .

“True peace can only be safeguarded when one has the absolute strength to prevent war itself,”

; said Kim. “Because we have achieved a reliable and effective war deterrent for self-defense by tightening our belts, the peace and security of the Korean Peninsula and the region are now firmly defended.”

Already weighed down by harsh international sanctions for its nuclear and ballistic missile programs, Pyongyang is also facing significant economic damage due to tight border closures and other measures to prevent a coronavirus outbreak. It is also struggling to cope with the damage caused by the recent storms and floods.

Kim said the pandemic situation is “under safe and stable control” following the measures taken by the government to contain the spread of the new coronavirus. North Korea said it has no confirmed cases, although some have questioned that claim.

“Relying on its reliable guarantee of safeguarding the security of the state and the people, North Korea is now directing all its efforts towards economic construction,” Kim said, using the formal name of her country – the Democratic People’s Republic of Korea.

“It is a fact that we absolutely need an external environment conducive to economic construction,” he said. “But we cannot sell off our dignity just in the hope of a brilliant transformation – the dignity we have defended as precious as our own life. This is our firm position. “

A UN report on Monday said North Korea is violating nuclear sanctions by overcoming a 500,000-barrel restriction on oil imports and continuing to send workers overseas.

Jenny Town, a colleague at Stimson Center and deputy director of 38 North, said the envoy’s speech contained “no explicit threats or hints of a show of strength or power in the near future. He was very focused on rebuilding and restoring the internal situation. “.

He added that while North Korea wants relief from sanctions, “they will not simply give up their weapons on the promise of a brighter future” and tangible moves would be needed to show that relations with the United States had changed before Pyongyang. could justify the adoption of measures that would jeopardize their safety.

North Korean leader Kim Jong Un and US President Donald Trump have met three times since 2018, but have made no progress on US appeals to Pyongyang to give up its nuclear weapons and North Korea’s demands to end to sanctions.

North Korea’s ruling party is planning a congress in January to decide on a new five-year plan, state media reported last month after a party meeting found serious delays in improving the national economy and standards of life.