Breaking News
Home / US / Oregon drivers were stopped at gunpoint by groups protecting property ravaged by fires from looters: the sheriff

Oregon drivers were stopped at gunpoint by groups protecting property ravaged by fires from looters: the sheriff 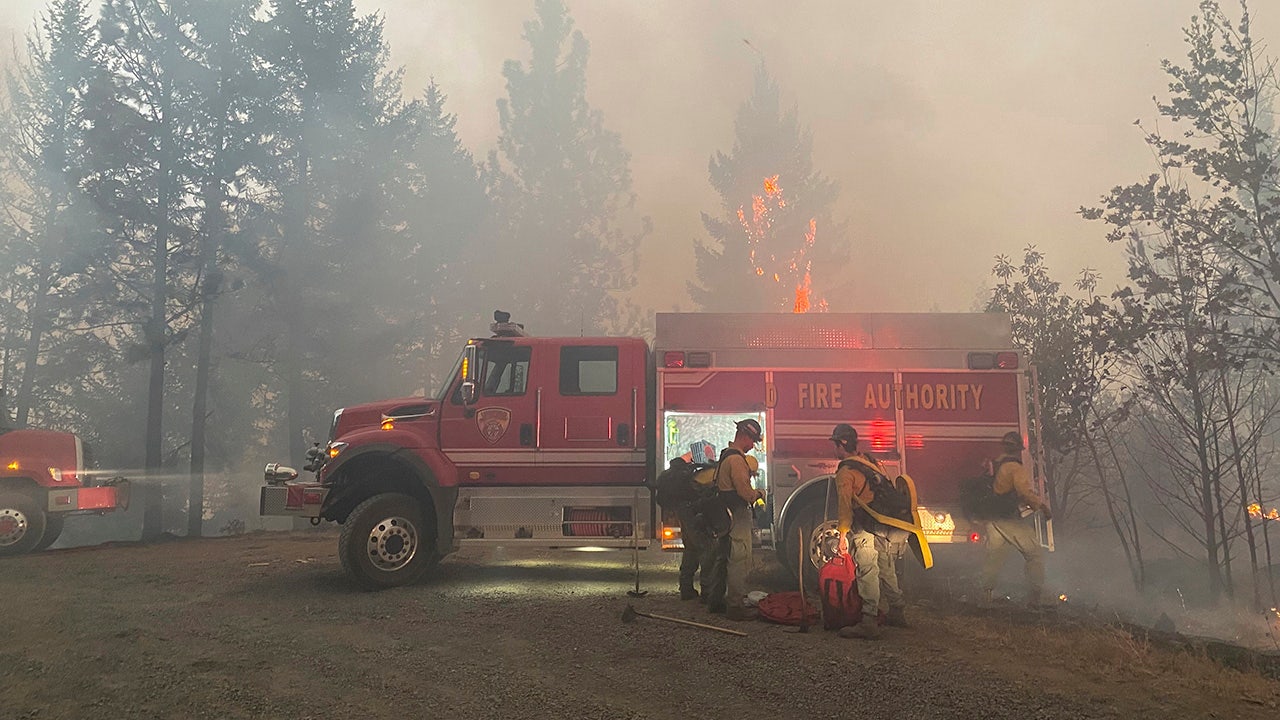 Oregon drivers were illegally stopped at gunpoint by armed groups patrolling the evacuation zones over the past week as massive wildfires swept the West, destroying more than 1 million acres in the state and displacing hundreds of thousands of people.

Clackamas County Sheriff Craig Roberts said at a press conference on Monday that his agency had answered more than 330 service calls in the past week, a 400% increase from the previous week.

“We have a group of different individuals who are actually trying to protect the property. They’ve actually been armed and are stopping the people inside the commune out there, “Roberts said.” The first thing I̵

7;d ask them to do is stop. We have contacted a number of them. If they see anyone suspicious, call us. Let us take care. It is illegal to stop someone at gunpoint. ”

“A lot of the people we’ve seen enter these areas are actually going to take another load of their belongings,” Roberts said. “The last thing I want to see is something tragically happened because someone is overreacting to something they believe is criminal and isn’t.”

Most of the emergency calls made by Clackamas County in the past week were from suspects and trespassers, Roberts said, adding that although the agency made some arrests, “most of those calls are unfounded.”

To provide an anecdote about the “unfounded calls,” he explained that the sheriff’s office received several calls about a suspicious truck carrying gasoline tanks. When the deputies tracked down the driver, they were able to confirm that the individual was in the area supplying gas to residents using the generators.

“There is a lot of panic and alertness around with the belief that people are running around setting fires,” Roberts said. “I want to reassure everyone that we are on this and if you see anything suspicious call us.”

Several signs posted between Colton and Estacada, Oregon, in Clackamas County last week threatened that those who wanted to violate property to commit crimes would be greeted by gunfire from homeowners.

“Home and armed. You loot, we shoot, “read a sign. Another reading:” Looters and arsonists will be shot. “A third captured in photos published by Fox 12 Oregon threatened,” We will not call your family. Your body will never be found! Bang Bang !! ”

Meanwhile, in Portland, neighboring Multnomah County, a man was arrested twice in a 12-hour period after admitting he used a Molotov cocktail to start a bushfire along a highway.

Domingo Lopez Jr., 45, was arrested for the first time on Sunday and officers found a plastic bottle with a wick as evidence, according to the Portland Police Office. He was released a few hours later only to be arrested a second time Monday for allegedly using a lighter to light six other small fires in the same area.