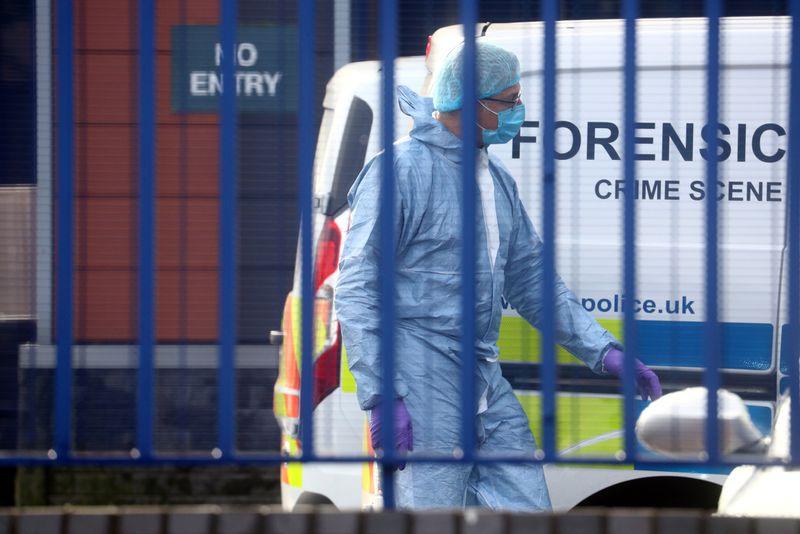 (Reuters) – A British police officer was killed in the early hours of Friday by a man who was being held at a police station in south London.

Police said the incident occurred around 2:15 am while the man was detained at the Croydon Custody Center, where the arrested suspects are being tried. The officer was treated on the spot for injuries but died in hospital.

The 23-year-old suspect is thought to have then pointed the gun at himself. He was taken to hospital with a gunshot wound and is in critical condition. The officers did not open fire.

;, but it was not treated as terrorism.

“Our investigation is led by Specialist Crime Command homicide investigators,” he said in a statement. “We are not treating it as a counter-terrorism incident. We are doing everything possible to establish a motive for the murder. “

The first indications were that the suspect had shot himself, he had said earlier.

Police named the victim after 54-year-old Matt Ratana, a custody sergeant from the Hawke’s Bay area of ​​New Zealand. Former Irish rugby player from London, he was in the London police force since 1991.

The incident was referred to the Independent Police Conduct Office (IOPC) which said the suspect had been arrested for possession of drugs and ammunition.

“The man was handcuffed in the back before being transported to Croydon Custody Suite in a police vehicle where he was escorted into the building,” he added in a statement.

The handcuffs remained in place as officers prepared to search him using a metal detector, the IOCC said. At that point, shots were fired.

Prime Minister Boris Johnson said, “My deepest condolences go to the family, friends and colleagues of the police officer who was killed in Croydon last night. We owe a huge debt to those who risk their lives to keep us safe. “

The killing of an officer is a rare occurrence in Britain, where the vast majority of police are routinely unarmed. The BBC said only 16 other London police officers have been shot dead since World War II.