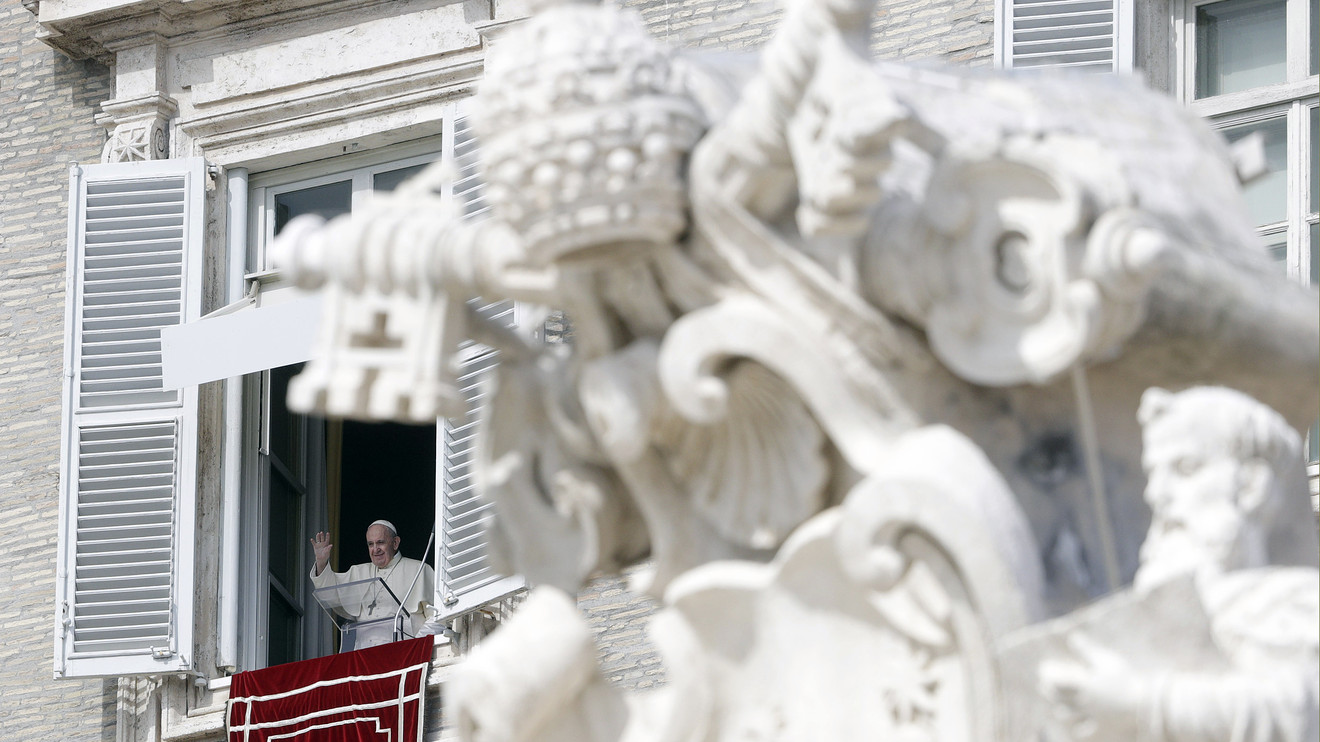 ROME (AP) – Pope Francis says that the coronavirus pandemic has shown that the “magic theories” of market capitalism have failed and that the world needs a new type of politics that promotes dialogue and solidarity and repels war at all costs.

Francis on Sunday presented his vision for a post-COVID world by combining the core elements of his social teachings in a new encyclical aimed at inspiring a revitalized sense of the human family. “Fratelli Tutti” was released on the feast day of its namesake, the peaceful St. Francis of Assisi.

The document draws inspiration from the teachings of St. Francis and the pope’s earlier preaching on the injustices of the global economy and its destruction of the planet, and pairs them with his call for greater human solidarity to address the “dark clouds over a closed world. “

In the encyclical, Francis also rejected the very doctrine of the Catholic Church that justified war as a means of legitimate defense, saying that it had been applied too broadly over the centuries and was no longer practicable.

6;just war'”, wrote Francis in the new, most controversial element of the encyclical.

Francis had started writing the encyclical, the third of his pontificate, before the coronavirus hit, and his grim diagnosis of a human family falling apart goes far beyond the problems posed by the epidemic. He said the pandemic, however, confirmed his belief that current political and economic institutions need to be reformed to address the legitimate needs of the people most affected by the coronavirus.

“Aside from the different ways in which countries have responded to the crisis, their inability to work together has become quite evident,” wrote Francis. “Anyone who thinks the only lesson to be learned was the need to improve what we were already doing or to refine existing systems and regulations, denies the reality.”

He cited the severe loss of millions of jobs due to the virus as proof of the need for politicians to listen to popular movements, trade unions and marginalized groups and to develop fairer social and economic policies.

“The fragility of world systems in the face of the pandemic has shown that not everything can be solved by the freedom of the market,” he wrote. “It is imperative to have a proactive economic policy aimed at” promoting an economy that fosters productive diversity and corporate creativity “and makes it possible to create jobs and not reduce them”.

He denounced the populist politics that seeks to demonize and isolate and invoked a “culture of encounter” that promotes dialogue, solidarity and a sincere effort for the common good.

As a consequence of this, Francis rejected the concept of an absolute right to property for individuals, emphasizing instead the “social purpose” and the common good that must come from sharing the resources of the Earth. He reiterated his critique of the “perverse” global economic system, which he said it constantly keeps the poor on the sidelines while enriching the few – an argument he made more fully in his 2015 historic environmental encyclical “Laudato Be” (Praised Be) .

Francis also rejected the “cascade” economic theory as he did in his papacy’s first major mission statement, the 2013 “Evangelii Gaudium” (The Joy of the Gospel), saying he simply does not get what he claims.

“Neoliberalism reproduces itself simply by resorting to magical theories of ‘spillover’ or ‘trickle’ – without using the name – as the only solution to society’s problems,” he wrote. “There is little appreciation that the alleged ‘spillover’ does not resolve the inequality that gives rise to new forms of violence that threaten the fabric of society.”

Francis’ English-language biographer Austen Ivereigh said that with its two key predecessors, the new encyclical represents the final part of a triptych of papal teachings and could be the last of the pontificate.

“There is no doubt that these three documents … will be considered the backbone of the teaching of the Francis era,” wrote Ivereigh in Commonweal magazine.

Francis clarified that the text had wide circulation, printing the encyclical in the Vatican newspaper L’Osservatore Romano and distributing it free of charge on Sunday in St. Peter’s Square on the occasion of the resumption of printed editions after a pause during the COVID-19 blockade.

Much of the new encyclical repeats Francis’ famous preaching on the need to welcome and value migrants and his rejection of the nationalistic and isolationist policies of many of today’s political leaders.

He devoted an entire chapter to the parable of the Good Samaritan, saying that his lesson of charity, kindness and attention to strangers was “the fundamental decision we must make to rebuild our wounded world”.

“That such an ancient theme is spoken with such urgency now is because Pope Francis fears a detachment from the point of view that we are all truly responsible for everything, all linked to everyone, all entitled to a fair share of what has been given for the good of all, ”said Anna Rowlands, a professor of Catholic social thought at the British University of Durham, who was present to present the encyclical on Sunday at the Vatican.

Francis enclosed in his encyclical his previous rejection of both the nuclear arms race and the death penalty, which he called “inadmissible” in all cases.

Francis’ call for greater “human fraternity”, particularly to promote peace, stems from his 2019 joint appeal with the great Egyptian imam of Al-Azhar, the revered millennial seat of Sunni Islam. Their “Human Fraternity” document established the relationship between Catholics and Muslims as brothers, with a common mission to promote peace.

The fact that he has now integrated that Catholic-Muslim document into an encyclical is significant, given that the conservative critics of Francis had already criticized the “Human Fraternity” document as heretic, since it claimed that God had wanted “pluralism and diversity. of religions “.

Vatican encyclicals are the most authoritative form of papal teaching and traditionally take their title from the first two words of the document. In this case, “Fratelli Tutti” is a quote from “Admonitions”, the guidelines written by St. Francis in the thirteenth century.

Francis’ decision to sign the document in Assisi, where he went on Saturday, and to release it on the feast day of the saint is further proof of the enormous influence that St. Francis had on the papacy of the Jesuit pope.

Francis is the first pope to call himself after the beggar friar, who renounced a rich and dissolute lifestyle to embrace a life of poverty and service to the poor.