Predictions, predictions from MLB Division Series experts: Can the Yankees, the Dodgers advance? 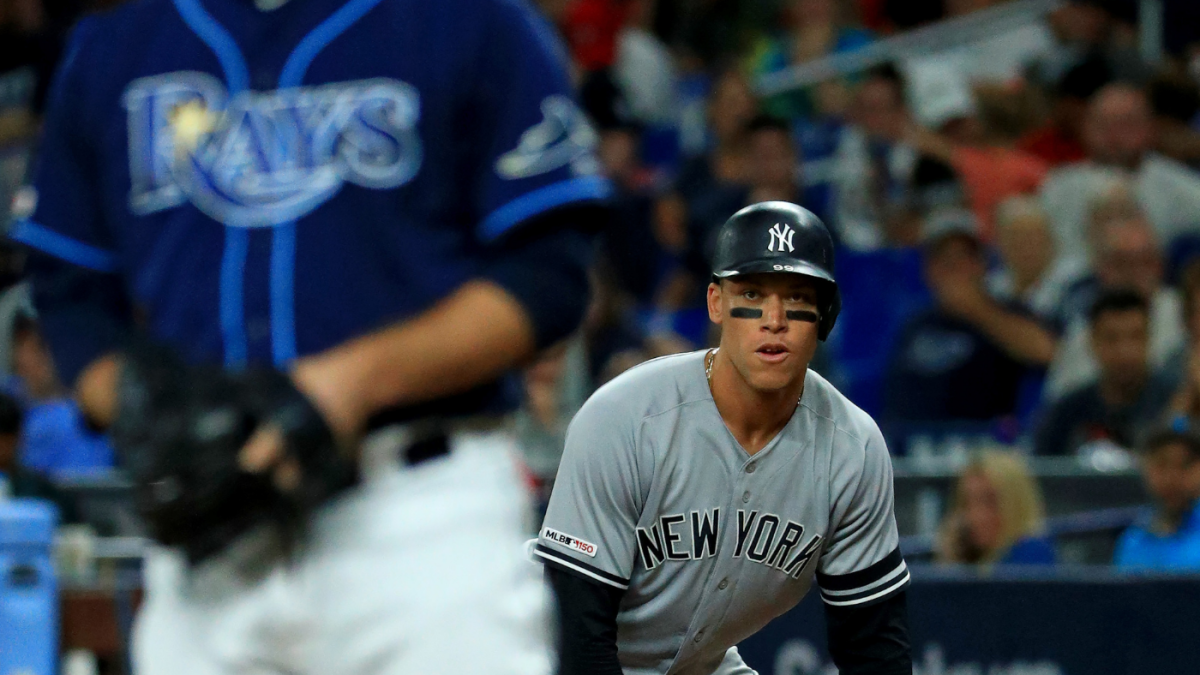 After a shortened and sometimes uncertain 60-game regular season, the The 2020 MLB postseason is upon us. The expanded wild card round came with some surprises, and now it’s time for the best-of-five division series. The winners of these series, in turn, will play for a chance to advance to the World Series.

Please note that the Division Series will all be played at neutral venues: the AL in San Diego and Los Angeles, the NL in Arlington and Houston. Unlike the wild card round, teams will alternate hosting tasks: the top seed bats last in games 1, 2 and 5; the lower suit in games 3 and 4.

Your CBS Sports MLB writers are here to spread our predictions for all four round two series. Once these are in the books, we̵

7;ll be back for another round of fortune-tellers. But for now the focus is on MLB’s response to the Elite Eight.

Katherine Acquavella (Rays in five): I think the Rays are going to beat the Yankees here, but it will be close. Tampa has been really good at everything so far this regular and post-season season, while the Yankees are entering this series with questionable second-half rotation and hot / cold offense.

R.J. Anderson (Yankees in five): This could go either way. I’ll go with the Yankees to stay consistent with my preseason World Series pick.

Mike Axisa (Rays in five): The New York offense really turned out against Cleveland. However, I have questions about the core of their pitching staff and Rays never seems to have a bad player at the pot or the pile.

Dayn Perry (Rays in five): Really, I have no idea what’s going to happen in this series. It’s the power of the stars against the best depth of the roster in the majors. The Rays have won eight of the 10 regular season games, but the Yankees are healthier right now than they have been in some time. I’m defaulting on the team that was better in the regular season, but that’s a coin toss for me.

Matt Snyder (Yankees in five): Not much would surprise me here. The Rays have won the East seven games and took eight out of 10 from the Yankees in the regular season, so winning the series seems like the safe choice. I bet on the Yankees offense killing the pitcher’s top staff, just like they did in the first round.

Danny Vietti (Yankees in five): I’ve said it before and I’ll say it again, the Yankees are the most dangerous team in baseball when they’re healthy. Not only are they healthy, but they’re raking the plate. This series could really go either way due to the depth Tampa Bay possesses in the bullpen, but I’m rolling with my pre-season pick.

Katherine Acquavella (A out of three): As’s should be able to get in and do a quick Houston job in this best-of-five series. As they did in the regular season, where they finished 7-3 over their enemy NL West.

Mike Axisa (A out of four): I think the As are the best team, and the ALDS format (i.e. no rest days) means Houston won’t be able to dance around their bullpen using their starters as multi-inning relievers.

Dayn Perry (A out of five): Even without Matt Chapman, the As have the strongest roster. I also think having no days off works in favor of the Oaklands given their superior casting depth.

Matt Snyder (A out of five): Something about how Game 2 went down to A makes me think they are preparing for a deep playoff run. Call it intuition. Also, here they are just the best dance club. Sure, the Astros have beaten a team we thought were better in the first round, but a five-game streak is much more an indicator of a better team of three.

Danny Vietti (A out of four): I go with my heart above my head in this series. With Matt Chapman out, I believe the Astros have more talent on paper one through nine than Oakland. They also have multiple crossed arms. However, if baseball has taught us anything, it’s not always about talent. Not to mention, it’s not like the Astros lineup snatched Minnesota’s launch in the Wild Card series. Give me The Town in four and inject it into my veins.

Katherine Acquavella (Dodgers in four): I’m seeing the next series of Dodgers and Padres as an older brother / younger brother situation. The Dodgers are the big brother; they simply have more experience, depth and talent. San Diego will not come out quiet, but the team’s post-season run will end with this series.

R.J. Anderson (Dodgers in five): The Dodgers were the best team in the majors this year; the Padres have too many question marks in their rotation to think they will likely bring out the upset.

Mike Axisa (Dodgers in four): It’s such a shame Dinelson Lamet and Mike Clevinger are hurt. If they were healthy, this could have been a time series. I can’t see San Diego making its way through the NLDS like the club did in the Wild Card Series.

Dayn Perry (Dodgers in five): If I were confident in the health of Mike Clevinger and Dinelson Lamet, I would choose the Padres out of five. Since I’m not, I’m going to lean on the Dodgers. You can argue that this is a meeting of the two best baseball teams.

Matt Snyder (Dodgers in five): I really, really want to choose the Padres. They are so much fun and the wild card round showed how stupid it would be to count them, even in the face of a big deficit with your back to the wall. I’m definitely not counting them here; I just think it’s not their time to overtake these powerful Dodgers yet, especially in light of the early injuries.

Danny Vietti (Dodgers in five): I go with my head over my heart for this. The Padres are the most exciting team in baseball. With their natural talent and swag, Fernando Tatis Jr. can kick off the game of baseball on his own into a new era. But they will have to wait another year for it to happen. Los Angeles beat the Friars in six of 10 regular season matches. It’s the year of the Dodgers.

Katherine Acquavella (Braves in four): Again, as I had predicted for the Braves-Reds NL Wild Card Series, the Atlanta offense is simply better. The Marlins will likely keep it interesting, but the Braves will get away with a powerful attack led by Freddie Freeman and Marcell Ozuna.

R.J. Anderson (Braves in four): Strange things can happen in short streaks, but the Braves should be able to pull it off.

Mike Axisa (Marlins in five): Why not? Miami has this team of fate thing, and picking the highest seed to win each series is boring.

Dayn Perry (Braves in four): I think the Braves offense is too much. The Marlins have been a big story this season, but the race ends there. I think anyway.

Matt Snyder (Braves in four): The pesky Marlins are a funny little story, but the Braves are just too loaded to defeat them in a longer series. These teams have been playing recently and the Braves have won their first three games which of course would have been an advantage here.

Danny Vietti (Braves in four): I counted the Marlins from the start, but they kept proving me wrong. So why not continue this trend in the Church of the Church? The Chicago offense failed to enter the Marlins bullpen in the Wild Card Series, a bullpen that compiled a 5.50 ERA in the regular season (26th in MLB). In a much longer best-of-five series, I think Atlanta’s star-studded lineup breaks through and forces Don Mattingly to dig deeper into his arms.