Breaking News
Home / World / President of Azerbaijan: Armenia must “leave our territory and then the war will end”

President of Azerbaijan: Armenia must “leave our territory and then the war will end” 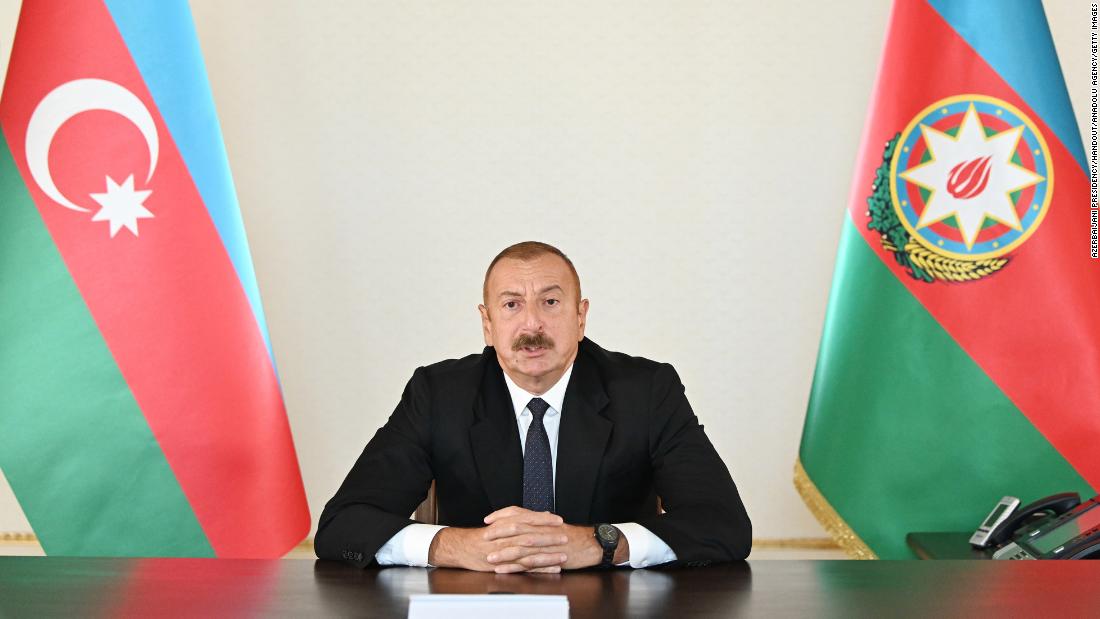 In an interview with Al Jazeera, President Aliyev went on to say that once the war is over “perhaps some time later the people of Azerbaijan and Armenia will be able to live together again, in peace”.

Aliyev, however, gave no indication that a cessation of hostilities would end anytime soon, adding: “I think the Armenian government overestimated their so-called importance in the global arena, overestimated possible international support and made very mistakes. serious provoking us, attacking us and now they are suffering the very serious defeat “.
In recent days, tensions have erupted between Armenia and Azerbaijan in the disputed Nagorno-Karabakh region, with both sides accusing each other of attacking civilians amid reports of casualties.

Neighboring countries have long been at odds over the mountainous territory – which lies within the borders of Azerbaijan – and fought a war that ended in 1994.

Although the conflict ended in a Russian-brokered ceasefire, military skirmishes between the two sides are not uncommon.

Further evidence emerged this week of rebels from Syria recruited to fight as mercenaries in the conflict between Azerbaijan and Armenia in the disputed enclave.

But both Azerbaijan and Turkey have denied the presence of Syrian rebels in the conflict – something Aliyev argued in his interview with Al Jazeera, adamant that no such fighter was in the country.

In a statement released on Saturday, the Armenian Foreign Ministry warned: “Azerbaijan’s political-military leadership will pay a high price for committing such serious crimes against Armenians in Artsakh, for importing terrorists into the region and for undermining regional security “.