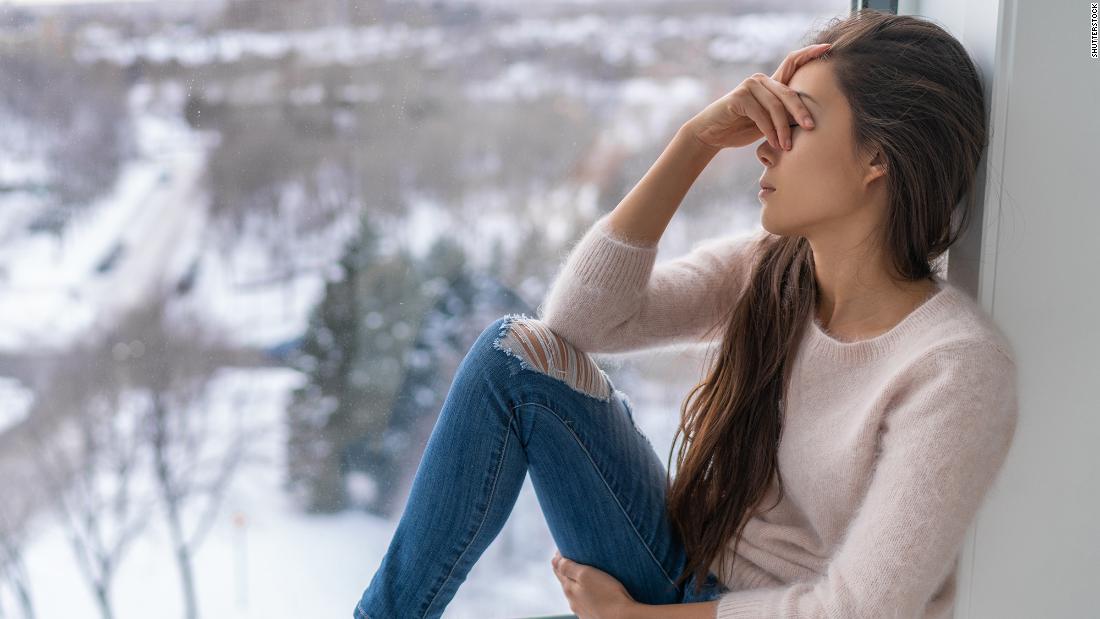 Seasonal affective disorder could hit particularly hard this year, especially after months of social distancing and limited contact with family or large groups.

“Our emotional winter is coming,” said Jaime Blandino, clinical psychologist and co-founder of the Thrive Center for Psychological Health in Decatur, Georgia.

Seasonal Affective Disorder, also known by its appropriate acronym, SAD, is a form of depression that some people get for a few months of the year, most commonly during the late fall and winter months, when the days get shorter. It can persist until the following spring or summer. Although less common, SAD can also appear in the summer months and disappear with the change of season.

“I think we can expect an increase in seasonal affective disorder this year,”

; Blandino said. “It’s the pandemic, the elections and just the cumulative effect of the year.”

Fewer hours of sunlight during the winter can cause a drop in mood-regulating brain chemicals, such as serotonin, often called the “happy molecule” for its ability to contribute to well-being. We also rely on sunlight to stimulate the production of melatonin, which helps us sleep, according to the American Psychological Association.

“Seasonal affective disorder may be worse this year given how much we’ve relied on the outside as a kind of respite,” said Vaile Wright, senior director of healthcare innovation at APA.

To receive a diagnosis of SAD, people must have major depressive episodes that coincide with a specific season for at least two years, according to the National Institute of Mental Health. The condition is more common in women than men and affects approximately 5% of the US population.

It occurs most frequently in people further from the equator, including for example Alaska, which has darker winters. This disorder is also more common among women and young adults, as well as those with a personal or family history of depression.

“There is also a clinically anecdotal risk factor that is simply ‘how are you?'” Blandino said, noting that the pandemic has affected the emotional state of many who usually don’t need to worry about their mental health. “Some people haven’t suffered from depression until now.”

During the pandemic, people are already carrying a greater emotional burden than usual. While one of the best ways to prevent Covid-19 remains to avoid meetings, following public health advice comes at a cost to mental health.

“Some of the measures we have had to take to protect ourselves from the coronavirus are not good for us,” he said. “Our resilience modalities may no longer apply.”

The new normal means a decline in in-person interaction. Additionally, many people feel screen fatigued from using video chat technology to keep in touch with friends and family. These factors can fuel a palpable sense of loneliness that makes many vulnerable to SAD this year.

“Sure, you’re anxious,” said Blandino. “It would be abnormal for you not to fight.”

How to do it

We are in a few weeks in early autumn in the Northern Hemisphere. Before the mercury actually plummets, now is the time to build a plan that can accompany you through the dark winter months. Imagine running away from the acorns of your mental health that you can benefit from later.

“It’s easy to be creative when you’re not already in that depressed place,” Blandino said.

Build a tool kit: As you brainstorm an approach to staving off SAD, one way to think ahead is to create an idea bank of your favorite ways to take care of yourself, whether it’s long morning walks or late night bubble baths. Writing them physically is a way to get away from ever pervasive screens.

“It can be a literal box,” Blandino said. “When you think about ideas, write them on a slip of paper and throw them in the box.”

Wellness piggy bank: Spend some time journaling now and reflect on the little pleasures around you. This is a mindfulness practice to truly lean on the sensory aspects of our experience, such as capturing with the eye of our mind the beauty of a flower blooming in the backyard, or the aroma of an autumn scented candle spreads in the air, Blandino said.

Or it could be listening to the nostalgic sounds of a favorite band’s music, allowing us to emotionally re-enter an earlier era of our life when things seemed less uncertain. Keep track of these moments, and if things look gloomy this winter, re-read your list or add it with other little joys you see.

In search of light: As you cruise in the winter, there are small tweaks to your day that can help you get the extra light you need.

“It could be your coffee by the window in the morning,” Wright said. Put your desk near a window. Or it could be something as simple as not wearing your sunglasses when you are out to fully immerse yourself in the healing rays of the sun.

Happy lights: One of the main treatments for seasonal affective disorder is bright light therapy, which has been described as clinically affective since the 1980s. You can find one that works for you and your budget by searching online for light therapy lamps, which work by emitting full spectrum light similar to sunlight.

According to a 2009 study by University of Maryland researchers, about 20-60 minutes of exposure to 10,000 lux of cool white fluorescent light can be associated with a significant improvement in mood.

Spend a weekend cooking: When you’re ready, consider cooking a large serving of hearty, hearty soups packed with nutrition. “Give yourself something to eat for the times when you don’t feel like doing anything,” Blandino said.

Find something to expect: With fewer special events, conferences and holidays, every day starts to feel like a Thursday. That’s why it’s especially important to try and plan something special for Halloween, Thanksgiving, and the winter holidays, even if a gathering needs to be small, outdoors, or physically distant.

This year, that could mean setting up a special outdoor space with a heater or twinkling lights and inviting only a few close friends. “Having things to look forward to is important for regulating your mood,” Blandino said.

Find a therapist: One of the best balms for a weary soul is still professional help, and during the pandemic, telemedicine services have become more accessible. According to a 2017 systematic review study, receiving online counseling proved to be comparable in terms of effectiveness to seeing a therapist in person.
Before the pandemic began, about 20 percent of therapy sessions in the United States were done through telemedicine, Wright explained, citing data from the APA. This number has risen to 75 percent after governors issued emergency orders that expand access to telemedicine services.

The APA is pushing to help make these changes permanent, he added.