Breaking News
Home / World / Railway nationalizations may be on the way 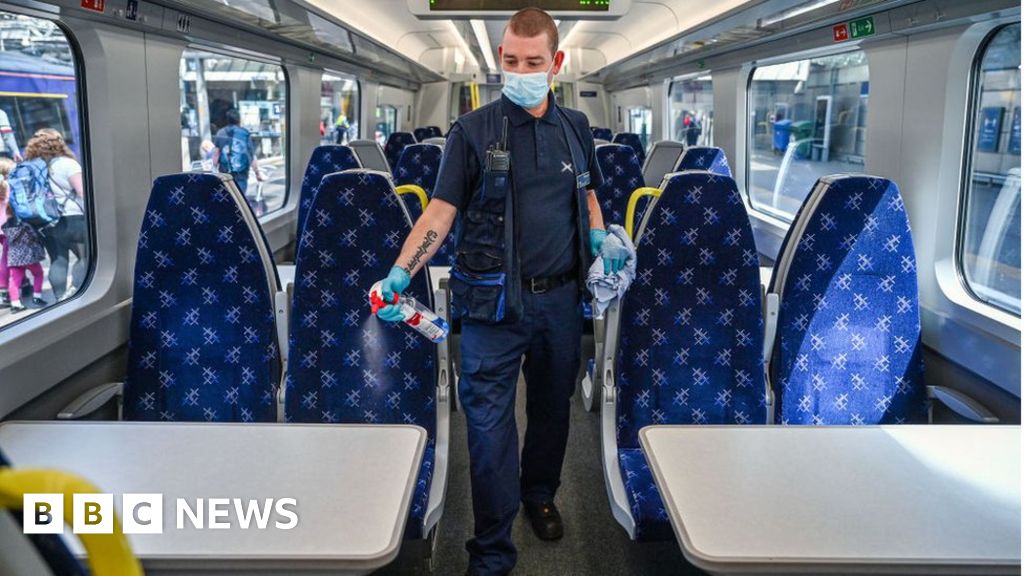 Some UK rail franchises may be nationalized when emergency deals made during the coronavirus pandemic expire on Sunday.

The government has pumped billions of pounds into the railways to cover the decline in ticket revenue due to low passenger numbers during the pandemic.

But sources say some contracts could be returned to the government.

Many private operators are expected to remain active under similar contingency arrangements, but some may decide to opt out.

The Department of Transportation said discussions are “ongoing” and declined to comment on the commercially sensitive negotiations.

In the House of Commons on Thursday, Labor’s Jim McMahon said it was “absolutely astounding” that Transport Secretary Grant Shapps did not get an update on the situation at such an advanced stage.

A deadline of this Sunday has been in effect since March, when the current emergency contracts were signed.

Mr. Shapps said it was right that the negotiations with nine different companies were not done “in public”.

Securing new arrangements, even those that are likely to cover only the short-term control and finances of the railways, is complicated by two main factors.

The first is that no one can tell when passenger numbers on the railways will return to pre-pandemic levels.

The second is the fact that some railway companies were losing money before the pandemic.

Indeed, ministers were ready to announce a review of the British railways earlier this year.

The reliability of some networks was poor and some railway companies were losing money.

The government took control of the Northern operator in January. The South Western Railway was heading in a similar direction.

But when the pandemic broke out, contracts between the Department of Transportation and private companies were suspended, not scrapped.

It means that some financial obligations from that period remain.

This context and the uncertainty about the number of future passengers, and therefore the longer-term commercial viability of the railways, means that some rail operators may be tempted to give up.

Although all rail operators will sign a series of new emergency contracts by Sunday, a longer-term agreement remains to be defined.

The Department of Transport is said to be in favor of switching to a “concession model” for the railways, which is already in operation on the Merseyrail and the London Overground.

It means that private companies run services for a flat rate and any loss or profit falls to the incumbent government.

This system, which takes risk away from private companies, is said to be favored by railway companies that operate large and complex commuter networks.

The operators in charge of long distance networks want to keep some of the commercial flexibility they had in the past on things like prices.

However, solving the long-term conundrum is made more difficult by the reappearance of the virus and the uncertainty that adds to the number of passengers.

For now, the government’s guidelines on social distances should limit the number of passengers on trains to around 40-50%.

Even if Biden wins US election, time is running out to save Iranian nuclear deal | News from the United States

Floods in Vietnam: over 100 deaths after weeks of bad weather