“Real and imminent” risk of extinction for whales 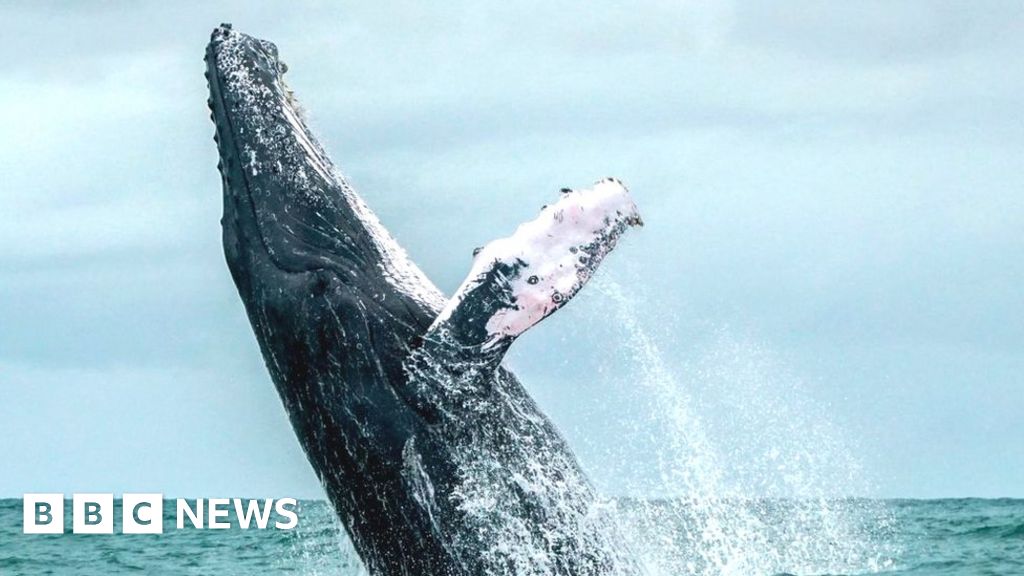 More than 350 scientists and conservationists from 40 countries have signed a letter calling for global action to protect whales, dolphins and porpoises from extinction.

They say more than half of all species are of conservation interest, with two on the “razor̵

Lack of action on polluted and over-exploited seas means that many will be declared extinct in our lifetime, the letter says.

Even the big iconic whales are not safe.

“That this is a historic moment when realizing whales are in danger unleashes a powerful wave of action from everyone – regulators, scientists, politicians and the public to save our oceans,” said Mark Simmonds.

The visiting researcher at the University of Bristol, UK, and senior marine scientist at Humane Society International, coordinated the letter, which was signed by experts from around the world.

“Save the whales” was a familiar green slogan in the 1970s and 1980s, part of a movement that helped put an end to commercial whaling.

While affected populations in most of the world have had a chance to recover from organized hunting, they now face myriad threats from human actions, including plastic pollution, loss of habitat and prey, climate change and collisions with ships.

By far the greatest threat is being caught accidentally in fishing gear and nets, killing around 300,000 whales, dolphins and porpoises annually.

Hundreds of scientists have expressed the same concern: that we are approaching a series of preventable extinctions. And unless we act now, future generations will be denied the chance to experience these intelligent and inspiring social creatures.

They indicate the decline of the North Atlantic right whale, of which only a few hundred individuals remain, and the vaquita, a porpoise found in the Gulf of California, which can be reduced to the last 10 of its kind.

And they say it’s almost inevitable that these two species will follow the Chinese river dolphin on the path to extinction. The dolphin, also known as the baiji, was once a common sight in the Yangtze River, but is now thought to have become extinct.

The letter, signed by experts from the United Kingdom, the United States, Mexico, South Africa and Brazil, among others, stresses that these “dramatic” declines could have been avoided, but that political will was lacking.

“It is imperative that governments develop, fund and implement further actions needed to better protect and save these iconic species so they don’t end up following the baiji path,” he told BBC News.

Scientists say more than half of the 90 living species of whales, dolphins and porpoises are of conservation interest and the tendency to act “too little, too late” must end.

They call on countries with whales, dolphins and porpoises (cetaceans) in their waters to take action to monitor threats and do more to protect them.

Sarah Dolman of Whale and Dolphin Conservation, UK, said that bycatch with fishing gear, known as bycatch, is a problem around UK waters, resulting in the deaths of thousands of cetaceans and other animals, including which seals and birds, every year.

These include porpoises and common dolphins and a growing number of minke and humpback whales off the coast of Scotland.

He said entanglement in fishing nets is a “horrible way to die” with some animals surviving with broken teeth or beaks or losing their young.

He told BBC News: “We still have a long way to go before we can be sure that the fish we are eating is not causing bycatch of protected species such as whales and dolphins.”

The letter is part of a growing movement of scientists and conservationists to raise awareness of the threats faced by whales and their smaller relatives, the dolphins and porpoises.

The issue was discussed in September at a meeting of the Scientific Conservation Committee of the International Whaling Commission, which has a key mission to prevent extinctions.

Members set up an “extinction initiative” to understand how many extinctions we may face and what more we can do to prevent them.