Breaking News
Home / World / Rebels from Syria recruited to fight in the conflict between Azerbaijan and Armenia, the source said 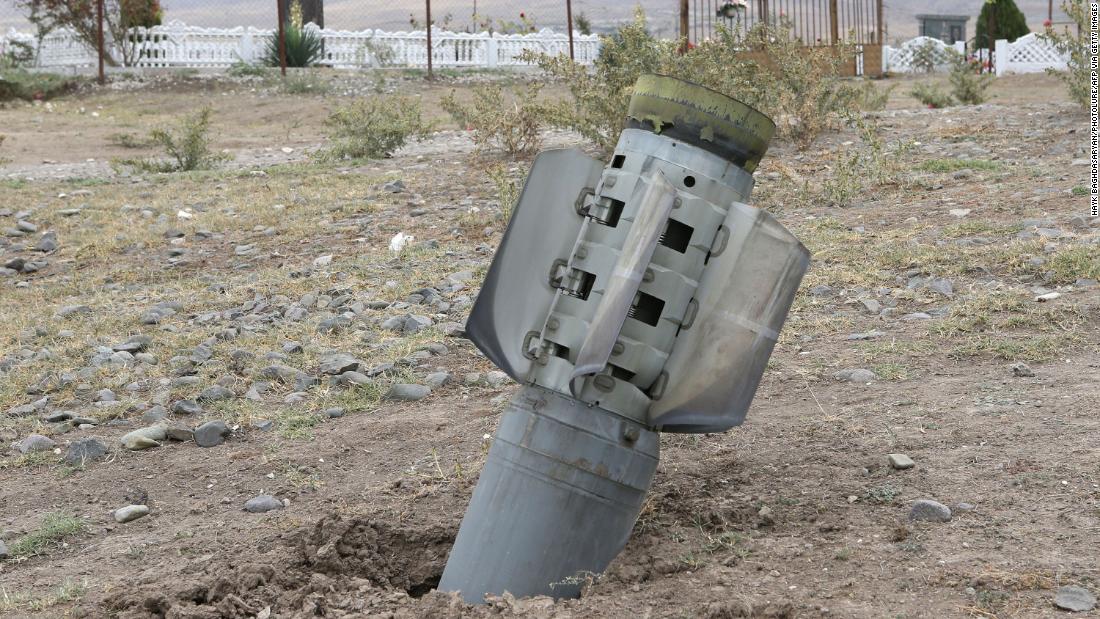 CNN spoke to a Syrian citizen who has signed up to travel from northern Syria to Azerbaijan. The man, who refused to give his real name, said he lived in the Afrin area of ​​northern Syria but was originally from Damascus.

He said he belonged to a faction of the rebel Syrian National Army, which is supported by Turkey. Its leader asked those willing to go to Azerbaijan to register. “I did it voluntarily and 90% of my unit signed up,” he told CNN via WhatsApp. “They told us they would give us $ 1,500 a month.

“Our contracts are for three months, and each month we will be paid by the unit commander,” he said, adding that he did not know who was funding the operation.

The fighter contacted by CNN said volunteers were gathering in the Hawar Kilis area near the Syria-Turkish border awaiting transport. The crossing is controlled by a faction of the Syrian National Army.

CNN has contacted the Turkish government for a response on recruiting Syrian fighters to go to Azerbaijan. The foreign ministry said they were “unfounded allegations”

The Foreign Ministry in Azerbaijan also denied that Syrian fighters were on Azerbaijani soil and spoke of “a completely false and defamatory smear campaign in some foreign media, presumably in connection with the importation of fighters from Syria into Azerbaijan”. He said Armenia was behind the allegations.

The fighter contacted by CNN, a father of three, said his family lived below the poverty line. He was ready to travel to Azerbaijan “because of the money, and the whole world knows that the Syrians living here are starving.”

For starters, the man thought that volunteers would be involved in guard duty “but after the first group of fighters went to Azerbaijan, we learned that it was about fighting like the fighting in Syria and Libya.”

“We’ve learned it’s war and not working for a security company,” he said.

The man, who was a carpenter, said he wanted life to return to normal and that he would only go to Azerbaijan for the money. “I would like the war to end in Azerbaijan and Armenia, but the only job is security work and in this way I can still provide food and life for my children.”

CNN reported earlier this year that dozens of Syrian rebels had been recruited by Turkish military contractors to fight on behalf of the transitional government in Libya.
Turkish President Recep Tayyip Erdogan said in February that members of the Syrian National Army had gone to Libya to support the government.