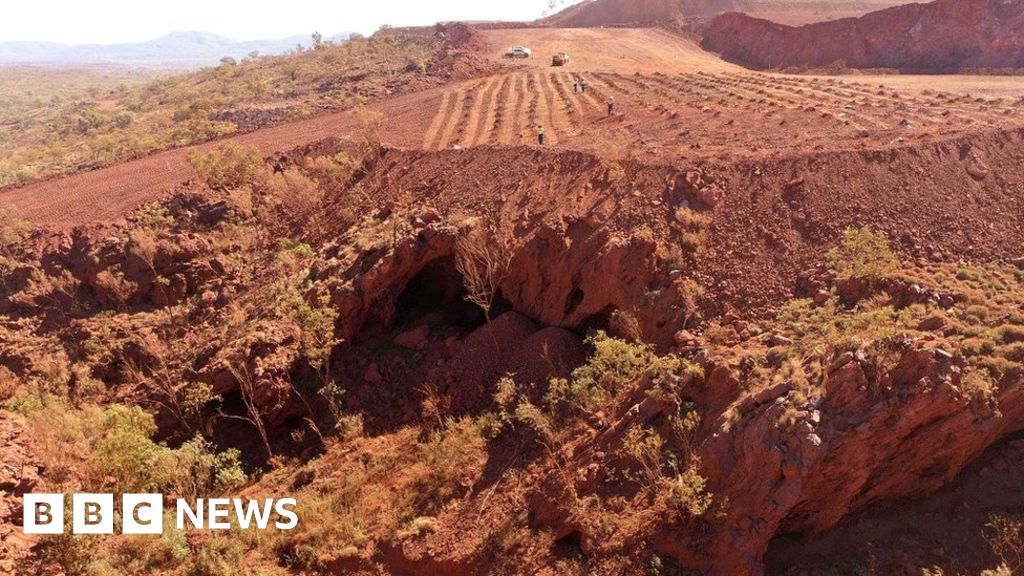 The company went on to blow up the rocky shelters of the Juukan Gorge despite opposition from traditional Aboriginal owners.

It sparked widespread condemnation from shareholders and the public.

On Friday, the company said in a statement that “important stakeholders have expressed concern about executive accountability for identified deficiencies.”

The board said Jacques will remain as chief executive until March, or until a successor is appointed.

Other senior executives will leave the company at the end of the year, including heads of the iron ore and corporate relations divisions.

The caves, considered to be one of Australia’s most significant archaeological research sites, had shown evidence of continued human habitation dating back 46,000 years.

There were about eight million tons of high-quality iron ore, with an estimated value of £ 75 million (A $ 132 million; $ 96 million).

The Australian Parliament is currently conducting an inquiry into the miner’s actions.

Rio Tinto also held its own investigation earlier this year, after which the company cut bonuses for directors and began attempting to repair ties with Aboriginal communities.

“What happened to Juukan is wrong and we are determined to ensure that the destruction of a heritage site of such outstanding archaeological and cultural importance never again occurs during a Rio Tinto operation,” said President Simon Thompson.

Artifacts found in the caves include a 28,000-year-old animal bone tool and a 4,000-year-old belt made of braided human hair. The DNA test had linked him directly to the people Puutu Kunti Kurrama and Pinikura (PKKP), the traditional owners of the land.

Following the destruction of the caves, a PKKP representative, John Ashburton, said the loss of the site was a “devastating blow”.

“There are less than a handful of known Aboriginal sites in Australia that are as ancient as this one … its importance cannot be underestimated,” he said.

Last week it was revealed that in the days leading up to the destruction of the caves in May, Rio Tinto hired lawyers in case opponents tried to seek injunctions to stop them.

Although the company claimed to have permission for work under the Aboriginal heritage laws, critics said the miner was aware of the site’s cultural importance.

In June, rival miner BHP also halted its plans to expand its mine in the Pilbara region in June following protests over Rio’s actions.