Rishi Sunak vows to “settle the score” despite the pandemic 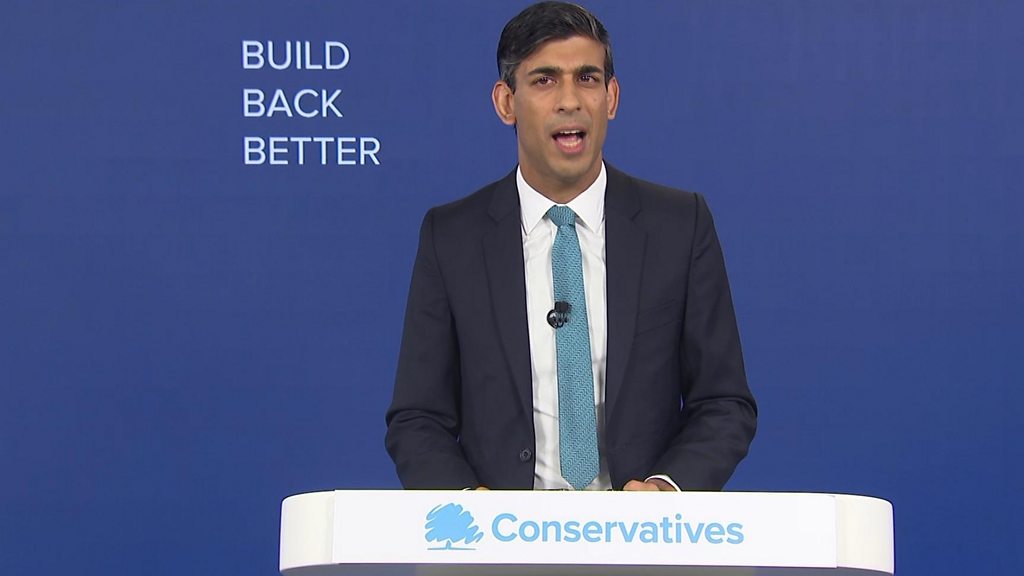 The chancellor has promised to “always make ends meet”, despite the increase in spending following the Covid-19 pandemic.

In a speech to party members, Rishi Sunak said conservatives had a “sacred duty”

He promised to use the “overwhelming power of the British state” to help people find new jobs.

But he said debt and spending need to be controlled “in the medium term.”

In an online speech at the Conservative Party’s annual conference, he said, “I won’t stop looking for ways to support people and businesses.”

However, he added the party could not argue that “there is no limit to what we can spend”, nor that “we can simply borrow our way out of any hole”.

Mr. Sunak cited the permits program and its successor, the Employment Support Program, as examples of government action to support the occupation during the crisis.

He said, however, that while the government “will continue to strive to be creative” on supporting employment, it will also have to be “pragmatic”.

He told members that “no chancellor” would be able to save any job or business, adding changes to the economy due to Covid-19 “cannot be ignored”.

Official data released in September shows that the government borrowed £ 35.9 billion in the previous month, its highest amount for August since the record began in 1993.

Loans between April and August totaled £ 173.7 billion as ministers spent billions on coronavirus-related programs to support the economy.

Sunak wanted to shake off his reputation for big spending

Government debt is at stratospheric levels due to the pandemic.

It is not clear what exactly the chancellor means by promising to keep him under control in the “medium term”.

Nor was there a whisper of how this could be done.

Treasury sources have suggested that this is unlikely to happen by the time of the next election, likely in 2024.

But while the chancellor’s first few months of work were marked by huge crisis-level expenses, this is a feature he can’t wait to ignore.

In an interview following his speech, the chancellor said the public debt – which topped £ 2 trillion for the first time in history in August – was vulnerable to rising borrowing costs.

“Now that we have so much debt, it doesn’t take much for suddenly ‘yikes’ – we have to find X billion a year to pay higher interest,” he said.

Mr. Sunak – who was touted as a potential future Tory leader – also said he did not want to become prime minister and described his “close personal friendship” with Boris Johnson.

Asked if he would eventually replace Mr. Johnson, he replied: “No. Surely not seeing what the prime minister has to face, this is quite a difficult job for me to do.”

In response to his speech, Shadow Chancellor Anneliese Dodds said Sunak “had nothing to say” to millions of people whose jobs were at risk.

He told reporters that “more targeted support” is needed for the sectors of the economy that were most affected by the restrictions during the pandemic.

“Unfortunately there was nothing from the chancellor today to suggest that he understood the extent of the job crisis we are facing,” he added.

Dame Carolyn Fairbairn, general manager of the CBI trade lobbying group, said the best way to balance the accounts is to “protect the resilience of our economy.”

Adding that the costs of the pandemic have fallen “profoundly and unevenly,” he said it is critical to protect at-risk sectors like aviation, manufacturing and hospitality.