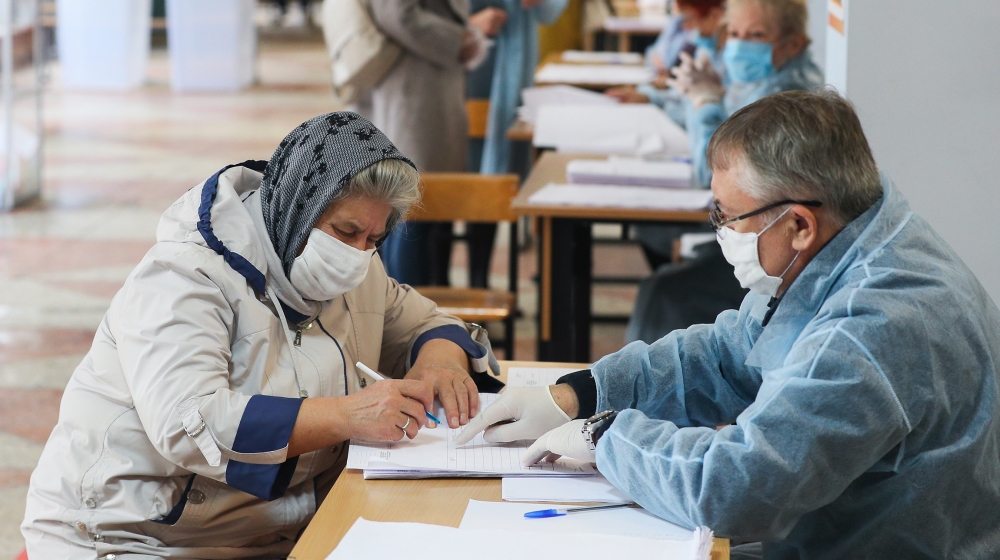 Russians vote in regional elections overshadowed by the poisoning of the main opposition figure Alexey Navalny, an economic crisis exacerbated by the coronavirus pandemic and mass protests in parts of the country.

Elections are taking place in the 41 regions of Russia where people vote for governors and regional assemblies, as well as in four by-elections for national parliamentarians.

Al Jazeera’s Aleksandra Stojanovich-Godfroid said on Sunday that the polls are seen as an “important test” for the ruling United Russia party and President Vladimir Putin, both of whom have seen their ratings drop a year. before the parliamentary elections.

United Russia, which currently dominates the federal parliament and many regional administrations, it is the party most closely associated with Putin. The longtime president, however, is not currently a member of any political party and is therefore able to distance himself from unpopular measures initiated by subordinate senior officials.

7;s largest independent pollster, the Levada Center, showed that 29% of Russians would participate in anti-government protests if they were held in their area.

Tatyana Stanovaya, head of the analyst firm R. Politik, said the poll results will help the Kremlin determine whether United Russia should be reformed and whether parliamentary elections should be continued.

The 44-year-old, an anti-corruption crusader who is one of Putin’s staunchest critics, fell ill on a flight back to Moscow from Siberia on August 20 and was taken to a hospital in the Siberian city of Omsk after the plane flew. an emergency landing.

After being evacuated to Berlin, German doctors said Navalny had been poisoned with a Novichok nerve agent.

His collaborators believe that the use of the banned chemical weapon proves that only the Russian state could be responsible. The Kremlin rejected any suggestion that Russia was to blame.

Led by Navalny, the opposition hopes to challenge the Kremlin’s dominance over Russia’s political life by promoting tactical voting, urging the Russians to support the strongest candidate in the ballot to defeat the ruling party.

Navalny’s team urged Russians to vote for candidates from any party other than United Russia – Navalny had been to Siberia to promote the so-called “smart vote” when he fell ill.

Any other candidate – “a Communist, a member of the Liberal Democratic Party, a member of the Just Russia party” – would be “better than United Russia,” Navalny’s team said in a statement Friday, referring to the four main Russian political parties.

“Elections can be won,” he added, pointing to the far eastern city of Khabarovsk, where tens of thousands of people took to the streets in the past two months for the arrest of a governor who in 2018 defeated a holder of the ruling party. .

With Navalny still recovering and absent from the Russian political scene, the “smart vote” campaign he launched could be undermined, Stanovaya said.

“On the other hand, what happened to Navalny caused a shock,” Stanovaya said, noting that some of those who have not supported him in the past may now change their minds.

In what some observers believe is another Kremlin ploy to dilute the opposition vote, candidates are also running for four new little-known parties.

With United Russia facing a deep popularity crisis, elections in the country will be held for the first time in three days and some polling stations will be open.

The early voting started on Friday and the main voting day is Sunday.

The controversial three-day voting scheme was first tested during a July 1 national vote on constitutional amendments that could allow Putin to remain in power until 2036.

One of the most high-profile campaigns took place in Novosibirsk, where the head of Navalny’s office in Russia’s third largest city, Sergei Boiko, gathered the opposition to stand up to United Russia and the Communist Party.

His “Novosibirsk 2020” coalition presented some 30 candidates for the city legislature and campaigned with the help of volunteers from the Navalny Anti-Corruption Fund.

“This is an attempt to unite the opposition, all the people who are saying ‘no’ to the current regime,” Boiko told AFP.

The case of the former governor of Khabarovsk and the protest movement in Russia’s neighboring Belarus have both sparked small-scale solidarity demonstrations in Russian cities, suggesting there is growing potential for a protest vote.