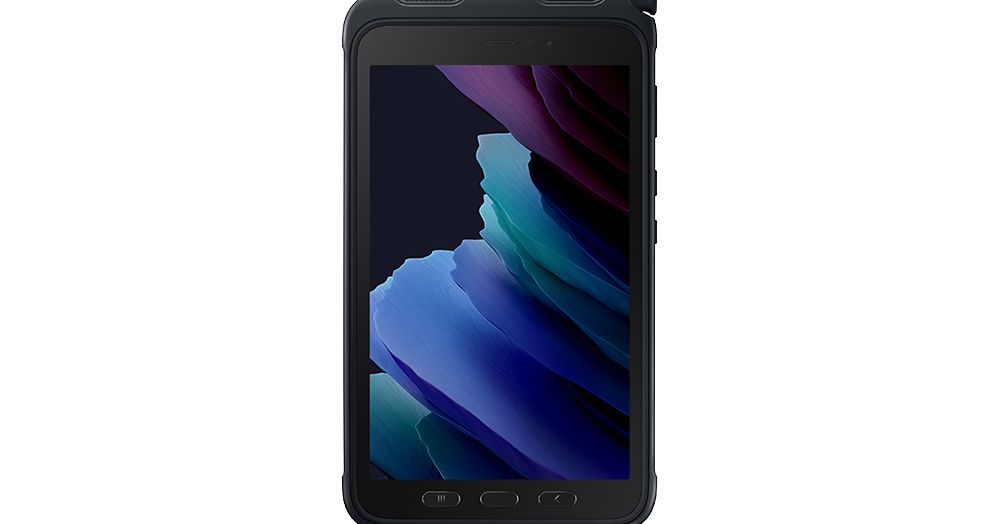 The Samsung Galaxy Tab Active 3 is a new rugged tablet designed for harsh environments, the company announced today. In addition to more typical features like an IP68 rating for dust and water resistance, the tablet can withstand drops of up to 1.5 meters. It is also backed by Samsung’s promise to support “up to three generations of Android OS updates”.

Like last year’s Galaxy Tab Active Pro, the Tab Active 3 has a couple of optimizations to make it easier to use with gloves. Its navigation buttons are physical rather than touch sensitive, and Samsung says there̵

7;s an option in the settings to make the tablet usable while wearing “thin work gloves.” Its S Pen is also IP68 certified, so it should be able to withstand water and dust like the tablet itself.
It is designed to be used with gloves

Otherwise, in terms of specifications, the Tab Active 3 is a typical Android tablet. It will launch with Android 11, Samsung claims, and is powered by an Exynos 9810 processor, with 4GB of RAM and 64 or 128GB of storage (expandable up to 1TB via microSD). It supports fast charging via USB or POGO pin, its 5,050mAh battery is removable and can also be used without a battery in a fixed location as an information kiosk when connected to a “dedicated power accessory”. There’s a 13-megapixel rear camera and a 5-megapixel selfie camera, and Samsung specifically notes that the tablet’s cameras are optimized for barcode scanning. It is available with LTE connectivity and a Wi-Fi only version.

Samsung’s announcement does not mention specific pricing information, but states that the Tab Active 3 is intended for Europe and Asia, and will be released in unnamed “select markets” from today. For reference, the Wi-Fi and LTE versions of the Tab Active 2 retailed for $ 420 and $ 520 when they retailed in the US in 2018, while the Tab Active Pro was more expensive at $ 599.99.