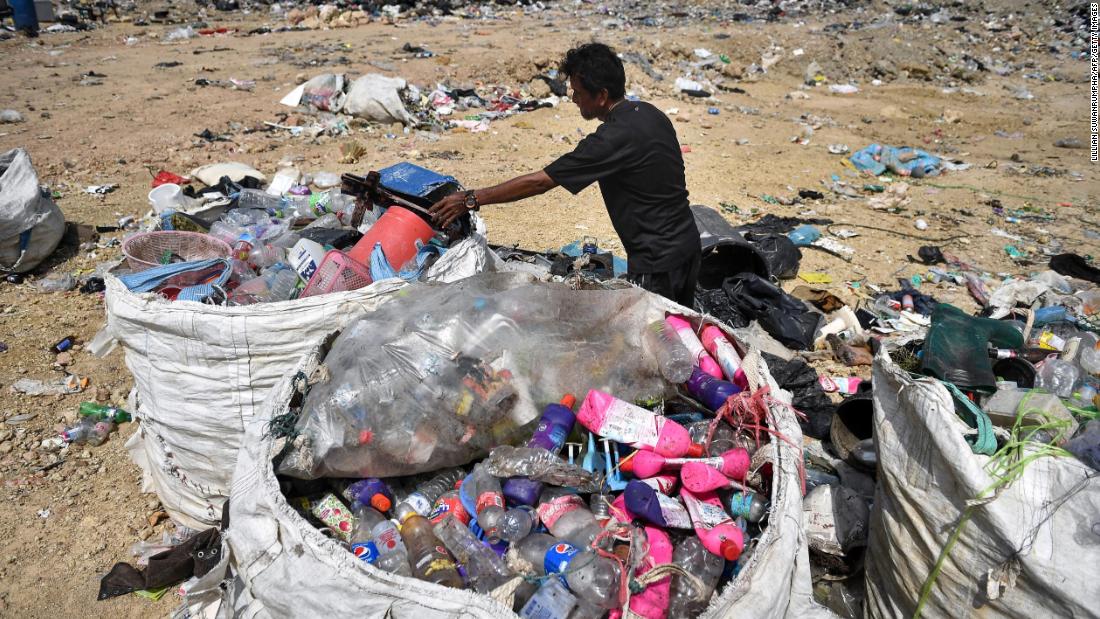 A team of researchers who previously redesigned a plastic-eating enzyme called PETase has now combined it with a second enzyme to speed up the process, according to a University of Portsmouth press release.

The superenzyme could have important implications for the recycling of polyethylene terephthalate (PET), which is the most common thermoplastic used in disposable beverage bottles, carpets and clothing.

PET takes hundreds of years to degrade in the environment. PETase can break it down into its building blocks in a few days.

John McGeehan, co-author and director of the Center for Enzyme Innovation at the University of Portsmouth, told CNN that this latest development represents a huge stop towards using enzymes to recycle plastics and reduce plastic pollution.

“We were quite surprised that it worked so well,”

; McGeehan said, although he stressed that the process is “still too slow” to be commercially viable.

He told CNN that the researchers have received funding to conduct further experiments and that successful developments could mean that existing PET could be recycled instead of using fossil fuels to create new plastic.

“We are looking to make huge energy savings,” McGeehan said.

How does it work?

The superenzyme combines PETase and MHETase. A mixture of the two breaks down PET twice as fast as PETase alone, while linking the two enzymes increases the speed another three times.

McGeehan used the Diamond Light Source, a device that uses X-rays 10 billion times brighter than the Sun to be able to see individual atoms, to map the molecular structure of MHETase.

The researchers were then able to design the new superenzyme by linking MHETase and PETase, effectively binding the DNA enzymes together to create a long chain, McGeehan told CNN.

The full study was published Monday in the Proceedings of the National Academy of Sciences of the United States of America.

How else can plastic be broken down?

Plastic pollution is one of the most pressing environmental issues. A recent report by The Pew Charitable Trusts predicted that the volume of plastic entering the ocean could nearly triple to 29 million tons per year by 2040 – the equivalent of 50 kilograms for every meter of coastline. planet.

He also said that “there was no single solution”, but that “an ambitious recycling strategy” could reduce 31-45% of plastic pollution.

In April, French company Carbios announced the publication of a study on its PET food enzyme, which will be tested at a demonstration plant near the city of Lyon in 2021, according to a company press release.
Other possible solutions include the tiny wax worm, which can chew on plastic, even polyethylene, a common, non-biodegradable plastic that currently clogs landfills and seas, thanks to its gut bacteria.
Mealworms, the larval stage of the meal beetle, could also contribute. About 3,000-4,000 mealworms can break down a cup of Styrofoam coffee in about a week thanks to the bacteria that live in their gut.

There is an asteroid in space worth 10,000 quadrillion dollars: CNN

Automating Robotics: CSA prepares for the future with Canadarm2 / Dextre