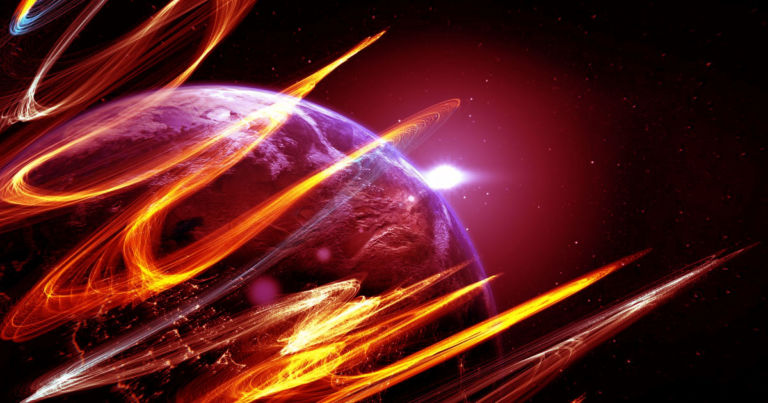 According to a new study conducted by an international team of researchers, the entire atmosphere of Earth vibrates in a very similar way to a ringing bell: a fundamental treble tone alongside “higher tones”.

The discovery could help scientists better predict weather patterns and understand the composition of our atmosphere.

“This finally solves a long-standing and classic problem in atmospheric science, but it also opens up a new path of research to understand both the processes that excite the waves and the processes that act to dampen the waves,” co-author Kevin Hamilton , a professor at the University of Hawaii’s International Pacific Research Center, said in a statement.

Atmospheric resonances were first proposed in the early 1

9th century by the French physicist Pierre-Simon Laplace, whose dynamic theory of ocean tides allowed scientists to predict deformations in a planet’s atmosphere.

The tones, according to Hamilton and his collaborators, are created by huge pressure waves that travel around the world. Each wave corresponds to each of these different resonance frequencies.

“Our identification of so many modes in real data shows that the atmosphere really sounds like a bell,” said Hamilton.

The new study includes a detailed analysis of pressure observations that last 38 years. Researchers have discovered dozens of separate waves surrounding the Earth in a checkerboard pattern.

“For these fast moving wave modes, our observed frequencies and global patterns correspond to those theoretically very well predicted,” said lead author Takatoshi Sakazaki, assistant professor at Kyoto University’s Graduate School of Science. . “It is exciting to see the vision of Laplace and other pioneering physicists so fully validated after two centuries.”

READ MORE: A new study detects the sound of the global atmosphere [University of Hawaii at Manoa]