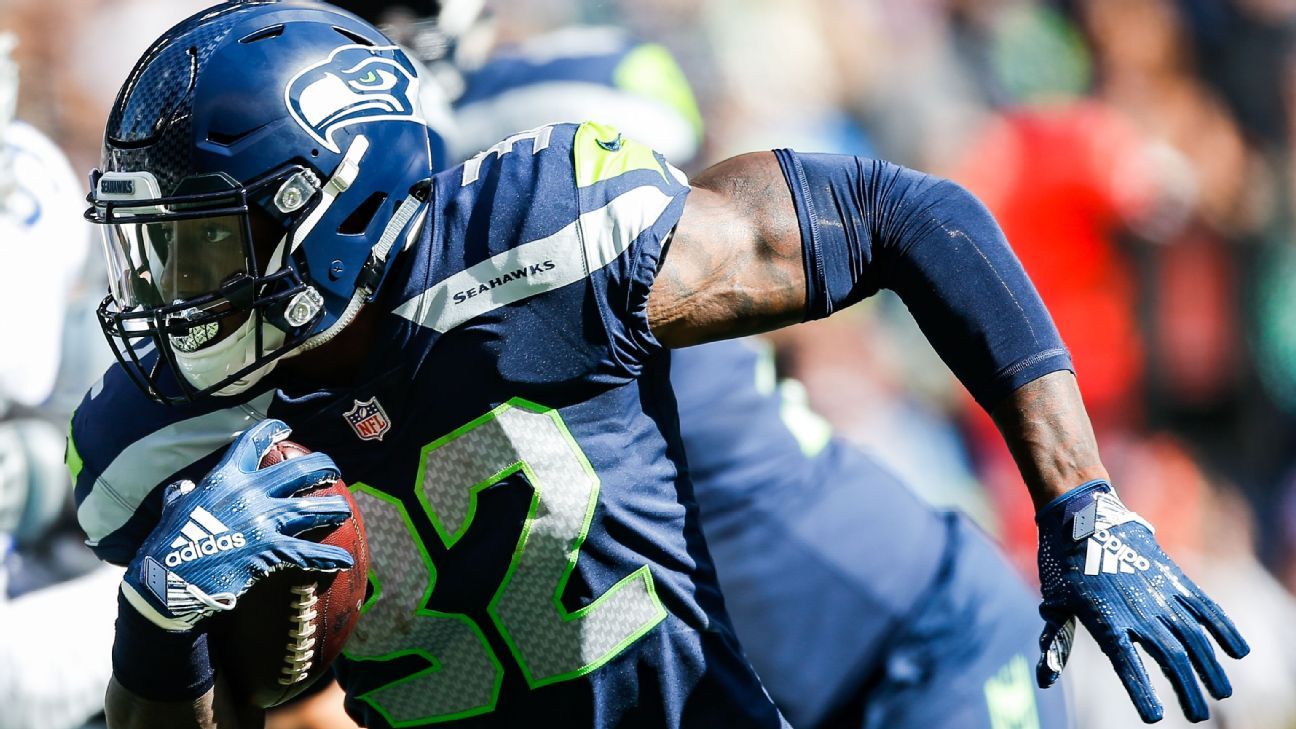 Seattle Seahawks manager Pete Carroll said on Monday running back Chris Carson has a first degree knee strain and contested the play that caused his injury.

Carson was injured in the fourth quarter of the Seahawks’ 38-31 win over the Dallas Cowboys on Sunday when defensive tackle Trysten Hill executed what is known as a gator-roll tackle. He knocked down Carson from behind and, with both players on the ground, continued to hold the left leg of the running back as he rolled. Hill was not penalized during the game.

“Yeah, I was really pissed off about that,”

; Carroll told ESPN 710 Seattle. “I don’t know what’s going to happen with that, but I was pissed that that guy hurt him, sadly.”

A source tells ESPN’s Adam Schefter that Carson has what is considered a one- to two-week injury, but the team wants to see how he feels and recovers this week.

“We’ll just have to see how it goes,” Carroll said.

The Seahawks, 3-0 and atop NFC West, will play the Miami Dolphins next week, then return home to host the Minnesota Vikings before a goodbye in week 6.

Seahawks linebacker K.J. Wright also objected to Hill’s tackle and asked the NFL to punish him in addition to a fine.

In a tweet to the NFL, Wright wrote that “this problem must be solved as soon as possible !! Doing dirty, stupid, bad, harmful like this can end someone’s season! This is clearly intentional and getting a fine is not. enough. I’m all for kids. playing hard but I have no tolerance for that. “

Security Quandre Diggs quoted Wright’s tweet and said Hill “should have been kicked out!”

The Seahawks were hit hard by injuries on Sunday for the second straight week. In addition to losing Carson, All-Pro safety Jamal Adams (groin) and rookie linebacker Jordyn Brooks (knee) suffered from what Carroll called first-degree strains. Right guard Rookie Damien Lewis sprained his ankle. Carroll said it’s not a sprained ankle and that Lewis has a chance to play this week.

Carroll said Adams’ groin “bothered him” after the game.

“He was really disappointed because he wanted to play badly and you can imagine how important that is to him,” Carroll said. “But he also had a first degree strain, so we’ll see how it goes and limit ourselves … day after day with that.”

Brooks, the Seahawks’ first round pick, made his first career start on Sunday in place of Bruce Irvin, who suffered a season-end ACL breakdown in week 2. The Seahawks also lost nickelback Marquise Blair for the same. injury in that match.

The Seahawks played Sunday without starting right cornerback Quinton Dunbar (knee) and backup safety Lano Hill (hip), who would be a candidate to start should Adams lose time. Carroll said both players, especially Hill, have a chance to play this week.

“Quinton, we’re working on his knee,” Carroll said. “We have to make sure he recovers. We’ll see how he gets along. We thought he was going to make it all week and he just hasn’t improved. He’s had some treatment and some things done that give him a chance. We’ll have to wait and see though. “