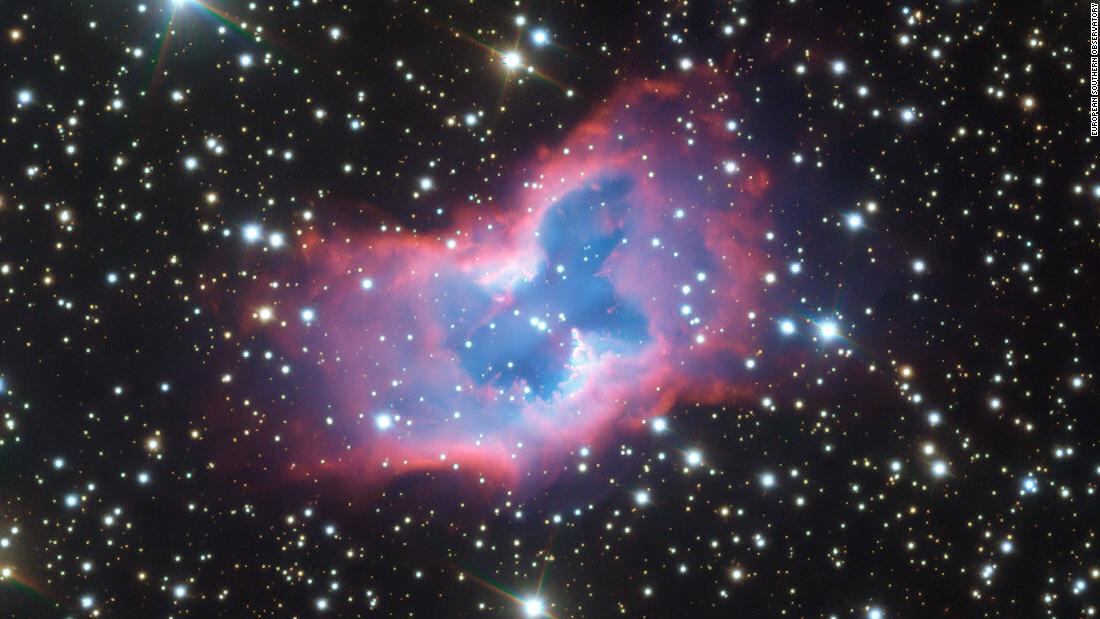 So called because of its resemblance to the winged insect, the “butterfly” is actually a planetary nebula – a gigantic cloud of gas that forms around an ancient star that has not yet exploded. The European Space Observatory (ESO) appropriately named Very Large Telescope, stationed in the host country of Chile, recently captured a vibrant image of the interstellar object.

It is known as NGC 2899 (NGC stands for New General Catalog, which lists nebulae and other astral bodies like this). It is located somewhere between 3000 and 6.500 light years from Earth in the constellation of Vela, which is visible in the southern hemisphere.

This planetary nebula is not long for this universe. Ultraviolet radiation illuminates the gas shells surrounding the star and makes them shine brightly enough, ESO said, but only for a few thousand years before they break down. This is a relatively short duration in astronomy.

The Very Large Telescope that captured the image is the “most advanced optical instrument in the world”;, according to ESO. With the accompanying interferometer, the instrument can illuminate details 25 times finer than individual telescopes. And alone, the telescope hidden in the Chilean mountains can see things more than 4 billion times weaker than the human eye can see.