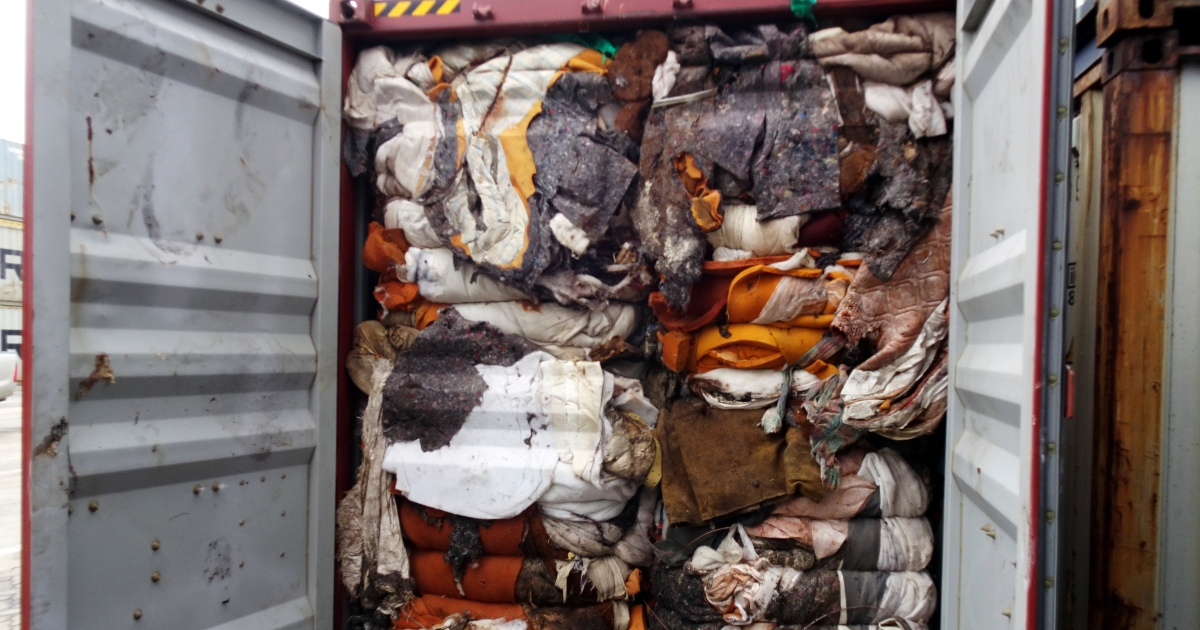 Sri Lanka has shipped cargoes of containers of waste back to the UK that the government claimed had been brought to the island in violation of international laws governing the shipment of hazardous materials.

The 21 containers – containing up to 260 tons of waste – first arrived by ship in the main port of the capital Colombo between September 2017 and March 2018, customs officials told AFP news agency, adding that they are departed from Sri Lanka on Saturday.

The contents of the container should have included used mattresses, carpets and rugs, but also contained hospital waste, officials said.

“The forwarder has agreed to take back these 21

containers,” customs spokesman Sunil Jayaratne told AFP on Sunday. “We are working to obtain compensation from those responsible for transporting the containers in the country.”

Customs did not disclose the type of hospital waste, but previous illegally imported containers had included rags, bandages and body parts from morgues, officials said.

Another 242 containers from Great Britain, which the government said contained illegal waste in violation of international law, remain abandoned in the same port and in a free trade zone outside Colombo. They arrived in 2017 and 2018.

The government is currently engaged in legal action against the shipper to have the 242 containers removed from the country.

A Sri Lankan investigation last year of nearly 3,000 tonnes of illegally imported hazardous waste found that the importer had shipped around 180 tonnes back to India and Dubai in 2017 and 2018.

In recent years, several Asian countries have refused to be treated like the garbage dumps of the rich world and rejected containers laden with waste from foreign shores.