Stock futures pause ahead of Powell’s comments and economic data 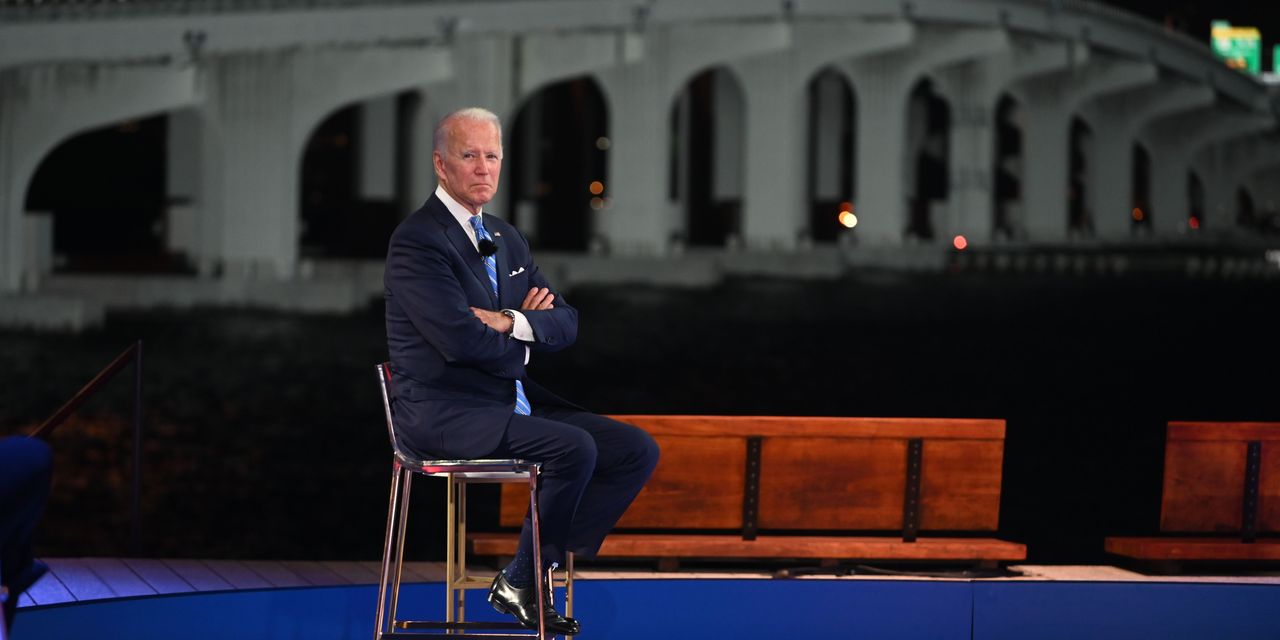 Futures linked to the S&P 500 have fluctuated between small gains and losses. Contracts related to the Nasdaq-100 fell 0.2%. Both indices rose on Monday but remain below the year’s highs.

Data out at 8.30am ET should show that the U.S. trade deficit widened in August as Americans’ appetite for foreign goods outstripped demand from overseas.

Investors will also be analyzing Mr. Powell’s language for any new insights into the state of the economy when he speaks at the National Association for Business Economics annual meeting at 10:40 am ET. Mr. Powell said in recent weeks that swift government intervention helped bolster the economy during the coronavirus pandemic, but more fiscal support is likely to be needed.

Shares appeared to pause after Monday̵

7;s strong rally. Investors are trying to weigh the implications of both President Trump’s illness and the infection that is spreading among US senators and senior White House personnel.

Early signs that the election results could favor former Vice President Joe Biden and the Democrats, as well as new restrictions imposed in some places due to new waves of coronavirus infections, are also factors being considered.

“People are waiting for the vote to pass and they expect volatility to increase,” said Seema Shah, chief strategist at Principal Global Investors. “This is not the right time to make rash decisions about your positioning.”

New polls showing Biden is outpacing Trump and could secure a decisive victory in the November elections are also helping to calm markets, although expected volatility remains high until election day. Investors have been increasingly concerned in recent weeks about a limited victory for one candidate or the other, which would increase the risk of legal disputes and lead to a period of uncertainty in the days following the election.

“A month or two ago, the market showed a preference for a Trump win, and now the preference is for a global Biden win,” said Edward Park, Brooks Macdonald’s chief investment officer. “The reason that has changed is the expectations of an increasingly controversial vote and the discussions on the stimulus.”

A possible election victory for Democrats is fueling speculation among investors that Congress will pass a large fiscal spending package after a new government is in place, Park and others said.

“A clean sweep from the Democrats means the $ 3.5 trillion stimulus would be more likely to pass early next year,” said Peter Garnry, head of equity strategy at Saxo Bank. “That would mean that the stocks would likely go back into rally mode.”

In bond markets, the benchmark 10-year Treasury yield climbed to 0.773%, from 0.760% on Monday. US government bond yields hit their highest close since June on Monday, lifted by growing hopes for new fiscal stimulus from lawmakers.

In commodities, Brent crude, the international energy benchmark, rose 1.5% to $ 41.89 a barrel.

Write to Anna Isaac at anna.isaac@wsj.com

The delivery gave Chipotle sales a lift. But this is a problem