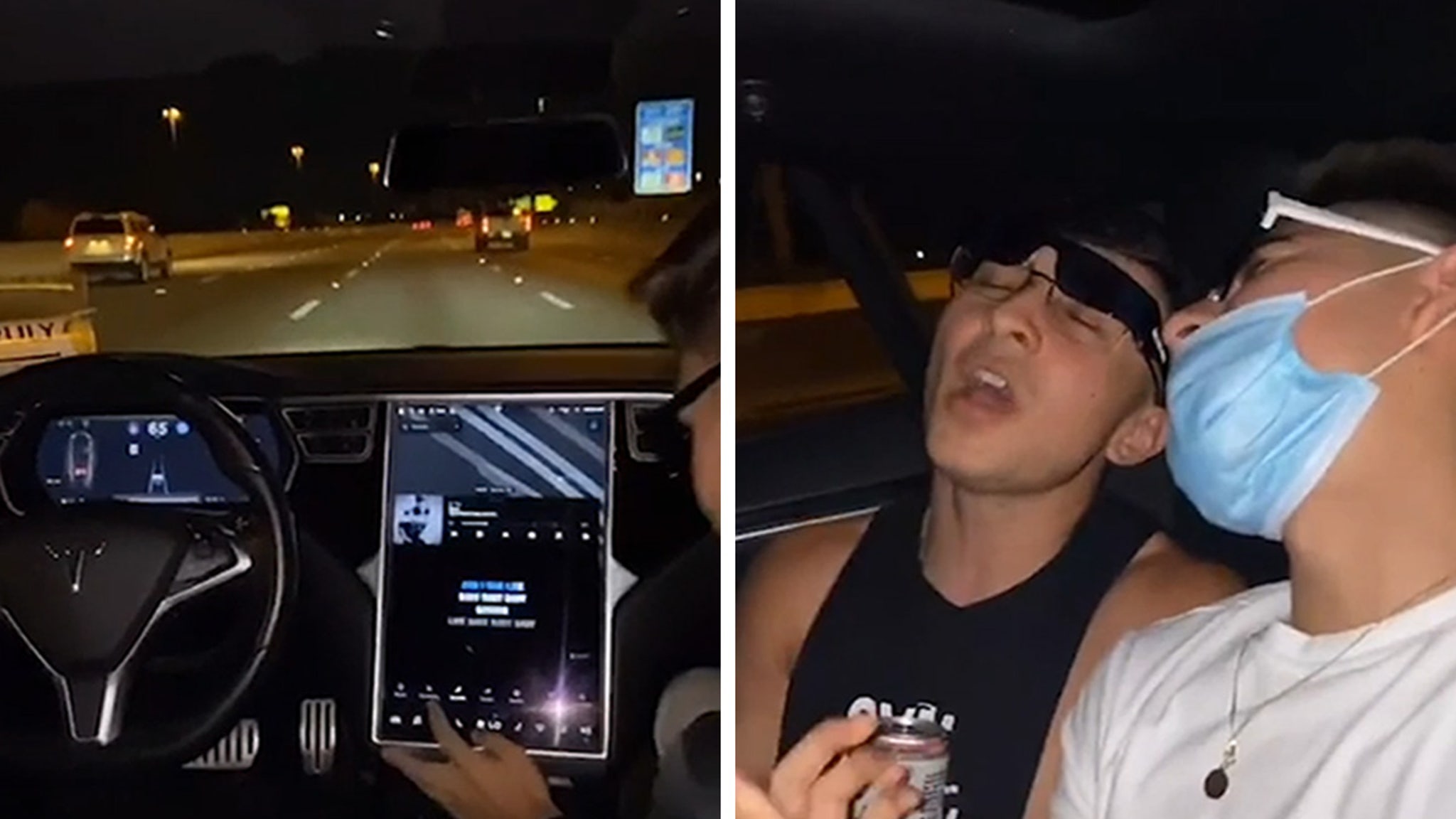 Drinking and driving is stupid, but so is drinking and letting your car drive for you … as these idiots prove.

This video shows them flying down the highway using Tesla autopilot … with no one in the driver’s seat. As they sing and travel at apparent speeds of 60 mph with no one behind the wheel, cans of various types of alcoholic beverages – White Claw, Truly, Four Loko, Natty Light Seltzer – all over the car and into the hands of some passengers.

It’s not even that they’re trying to hide this dangerous stunt … because they posted the video on TikTok. Now, to answer the obvious question: NO, Tesla autopilot is NOT meant to be your designated driver !!

In fact, at least 4 people have died in accidents related to the Tesla autopilot. In March 2019, a Florida man was killed when his Model 3 crashed into a tractor trailer crossing its path. The crash was eerily similar to the first publicly reported autopilot death in May 2016 … when a Tesla was unable to recognize a semi-trailer crossing its path.

Although Tesla CEO Elon Musk he wants his self-driving cars to be completely autonomous … the Autopilot function however requires that drivers, in the driving seat, are alert and ready to take control of the car.