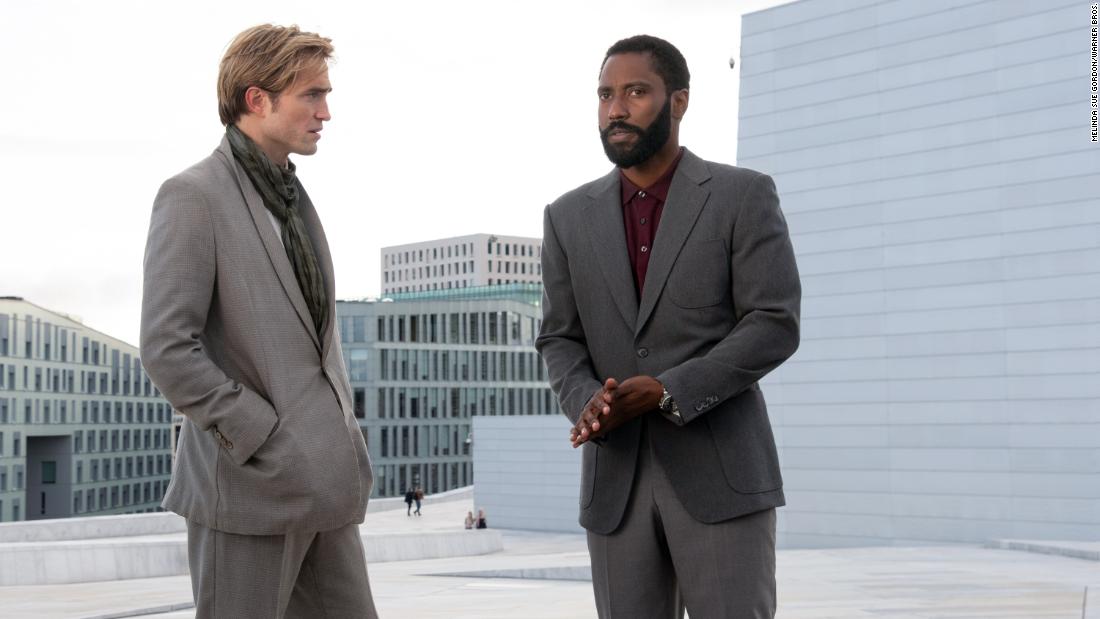 For Warner Bros., the news is not all bad as “Tenet” has done very well overseas. The film, which was released internationally in late August, has so far raised more than $ 205 million globally. However, for home theaters, the rough start of “Tenet” puts a strain on an industry that needed a blockbuster to entice viewers to return to theaters.

With no other big movie scheduled until at least November, US cinemas are poised for a terrifying fall season in theaters.

“There is no way around this problem; the outlook for theaters in the next seven weeks is beyond bleak,”

Bock added that without great movies, cinemas are “basically left to fend for themselves by reserving library titles and alternative content.”

“This will not end well for chains or independent theaters, many of which will operate at a loss. With no big hits until November, even if they are not remotely set in stone, cinemas will likely have to make the unfortunate choice of closing again or limiting them. hours of operation. ”

Other theatrical films like “Unhinged” and “The New Mutants” also failed to find an audience, which led to a sad box office last weekend. According to IndieWire’s Tom Brueggemann, this weekend’s national box office grossed just $ 15 million, a number that “isn’t enough to cover operating expenses.”

“[Theaters] have staff and other operating costs to pay, as well as rent to owners. Theaters have a stronger hand in negotiating rent if they are closed, “Brueggemann wrote.” Once opened, they have to, and now they face weeks of operation with significant losses. “

So is there any hope in the near future for theaters? Shawn Robbins, chief analyst at Boxoffice.com, believes that if significant markets like New York and Los Angeles open up, the industry could see a much-needed boost.

“Having those open markets certainly wouldn’t hurt,” Robbins said. “Together, they contribute 10% to 15% of the average national box office of a mainstream film. Based solely on the performance of” Tenet “so far, those markets alone will not immediately normalize box office revenue. What they can do, however, is galvanize the perception of reopening “.

Robbins noted that theaters rely “largely on word of mouth from suburbs and urban areas to convey safety and a willingness to return to theaters.”

However, there are no promises that even if those cities open theaters, the public would want to return, Bock said.

“The opening of New York and Los Angeles will provide a little push, but it is doubtful that it will heal the box office wound that COVID has inflicted,” he said.

Then there is the streaming option.

Following Disney’s decision to release “Mulan” on Disney +, the studios may decide that it is less risky to release a film digitally than in theaters right now.

“There’s no way to avoid streaming right now in North America,” Bock said. “This is not a solution that will be set in stone in the future, but it is the best solution for the reality of now.”

With streaming numbers kept close to the vest, it’s hard to gauge the effect digital releases can have on movie profits, but Bock believes streaming may work in line with theaters, at least for now.

“Studies need to offer other alternatives right now,” he said. “In the rest of the world, studios may be able to get away with a traditional version, but nationally we’re in the throes of funk and reaching potential consumers will be all about delivering content in the safest and most efficient way possible. [premium video on demand]. Or a combination of PVOD and theatrical “.

Nothing major is coming to theaters

Yet, with no big releases for weeks, the industry finds itself looking towards November when “No Time to Die”, the latest James Bond film, is released. After that, the highly anticipated and often delayed “Wonder Woman 1984” highlights the opening of the holiday season at Christmas. Late October has two theatrical releases with 20th Century Studios’ “Death on the Nile” and Sony Animation’s “Connected”, but those films are not on par with the franchise films due out in November and December.

“Black Widow,” the new Marvel Studios movie, was due out on November 6, but Variety reported Tuesday that Disney may be delaying that film as well.
And even if any of the films chose to stay in theaters, rather than follow Mulan’s lead by heading towards digital, it would still be an uphill battle to find audiences after months of faltering cinema and an ongoing pandemic in the United States.

However, if cinemas do come back, it could do worse than the James Bond and Wonder Woman movies.

Scott Eastwood in the MCU? Fans imagine their next Wolverine